Should Employees Experiment with Software, Mobile Devices on Company PCs?

So, is it a good idea to let employees use their own apps and devices, or experiment with new technology on company computers? 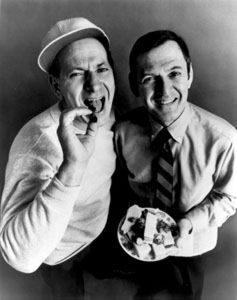 No way, says Tom Tabor, CIO of Pittsburgh-based health insurer Highmark, Inc.: "We do not allow access to any Web-based email, instant messaging or Wi-Fi access. We do not see material impact to our employees by restricting access to these. Additionally, we do not allow noncorporate [flash drives, cameras and other personal devices] to be accessed via USB ports on PCs."

Google's CIO, Douglas Merrill's unsurprisingly more progressive view: "Let's not underestimate the costs of running [a] collage of closed software. Many CIOs are spending 70 percent to 85 percent of their budgets simply keeping their idiosyncratic infrastructure alive. This leaves no more than 30 cents on each dollar to spend innovating on tools to make our business more effective."

Photo courtesy of The Museum of Broadcast Television.