Following the theft of millions of dollars from Bangladesh Bank via the international financial messaging system SWIFT, US banking regulators have outlined steps to tighten cyber-security at the nation's banks.

US banking regulators issued a joint letter outlining ways they would tighten cyber-security around the nation's banks that interact with the international financial messaging system SWIFT.

The letter, according to The Wall Street Journal, was sent Wednesday to Rep. Carolyn Maloney (D-NY), who serves on the House Financial Services Committee and who raised questions regarding the massive $81 million cyberheist from Bangladesh Bank in February.

That attack apparently built on similar attacks against a bank in Ecuador in January last year and a Vietnam commercial bank in December, which also communicated with SWIFT, noted The Journal.

SWIFT, the Society for Worldwide Interbank Financial Telecommunication, does not reportedly have the vulnerability itself in its system, but rather cyber-criminals have been exploiting vulnerabilities found in the way banks initiate their funds transfer process with SWIFT. 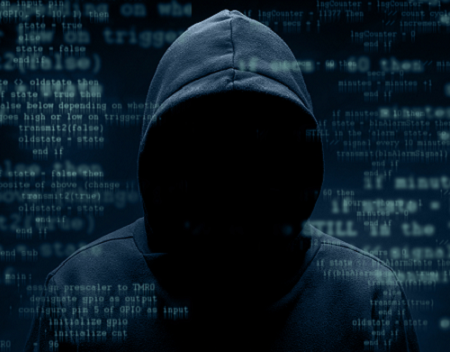 The letter, according to The Journal, was signed by the Federal Reserve, the Federal Deposit Insurance Corp. (FDIC), and the Office of the Comptroller of the Currency (OCC) and carried a timeline.

In addition to the letter banking regulators sent to Maloney, in June a congressional committee launched a probe into the way the Federal Reserve Bank in New York handled the massive heist, according to a CNBC report. The New York Fed maintains accounts for the Bangladesh Bank.

Senior representatives from the New York Fed, Bangladesh Bank, and SWIFT met in New York to continue to discuss the cybertheft at India's central bank. The group issued a statement on Tuesday, saying:

The parties discussed certain technical details of the February event to enhance their mutual understanding of how the fraud occurred, and further discussed steps that have been and will be taken to remediate the event and place Bangladesh Bank's account at the New York Fed on a path to more normalized long-term operations. The participants remain concerned about this event and recommitted to working together to recover the entire proceeds of the fraud as expeditiously as possible, bring the perpetrators to justice in cooperation with law enforcement from other jurisdictions, and lend support to multilateral international efforts to further protect the global financial system from these types of attacks in the future.

In addition to the issue of millions of dollars that were taken, concerns arose that the cyber-criminals may also be potentially willing to engage in physical violence. A cyber-security researcher investigating the Bangladesh Bank heist was abducted and found a week later wandering the streets, according to an International Business Times report.

Dawn Kawamoto is an Associate Editor for Dark Reading, where she covers cybersecurity news and trends. She is an award-winning journalist who has written and edited technology, management, leadership, career, finance, and innovation stories for such publications as CNET's ... View Full Bio
We welcome your comments on this topic on our social media channels, or [contact us directly] with questions about the site.
Comment  |
Email This  |
Print  |
RSS
More Insights
Webcasts
Making XDR Work in Your Enterprise - May 12
Data Center Network Operations (NetOps) Reimagined
More Webcasts
White Papers
Cisco Secure Email
Run and Transform
More White Papers
Reports
Protection Strategies for a Cyber-Resilient Organization
2021 Application Security Statistics Report Vol.1
More Reports