Senators and staffers will no longer be given BlackBerry smartphones and will instead receive the iPhone SE or one of Samsung's S6 devices.

BlackBerry to US: We're breaking up. It's not you. It's me. The US government's long-term relationship with BlackBerry smartphones appears to have come to an end. Members of the Senate were recently told that once the existing supply of BlackBerry devices runs out there will be no more. BlackBerry's defeat by Apple and Samsung, a decade in the making, is now complete.

BlackBerry may have killed off production of all BlackBerry OS 10 devices -- meaning the BlackBerry Z10, Z30, Q10, Passport, and Classic. All these smartphones ran the next-generation platform created under the leadership of former BlackBerry CEO Thorsten Heins. The Z10 was the first of these phones to reach the market back in early 2013. The BlackBerry Passport and BlackBerry Classic handsets arrived in late 2014. The news all but buries BBOS 10.

"BlackBerry informed Verizon and AT&T that production of all BlackBerry OS 10 devices has been discontinued," said the office of Mobile Communications Services in the memo. "Future carrier order fulfillment will not be guaranteed due to limited remaining stock." The memo was first spotted by Bomble.com.

The senators can still use the phones they have. 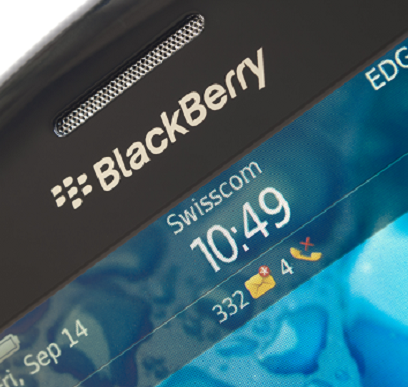 "BlackBerry device support will continue for the foreseeable future," continued the memo. "BlackBerry is committed to maintaining their support of our devices to include uninterrupted warranty and technical support. Once we have exhausted our current in-house stock, new device procurements will be limited, while supplies last, to warranty exchanges only." Instead, members of the Senate can pick up an Apple iPhone SE or a Samsung Galaxy S6 Android device.

BlackBerry disputed some claims made in the memo, but did confirm that the Classic is no more.

Beyond the death of BBOS 10, the move is yet another shovel of dirt on top of the coffin of BlackBerry's handset business. With the majority of BlackBerry 10 devices no longer in production, that leaves only the BlackBerry Priv -- which runs Google's Android platform. The Priv isn't lighting the market on fire, either. The company said it sold around 500,000 Privs during its most recent quarter.

BlackBerry may bring more Android phones to market. A report that surfaced last week suggests BlackBerry has not one but three new Android smartphones on deck.

Right now, BlackBerry's future is security, not smartphones. Chen knows this. "If we can secure the device, it makes securing the software and the data management […] that much […] easier," said Chen. "This is why all the governments in the major developed countries1 are using our devices. You can see the heads of state using our devices."