VoIP Coming Off the Back Burner: Stay Tuned

After what seems like years of simmering on the back burner, voice and video over IP (VoIP) services are coming into their own.
Eric Mack
Contributor
August 05, 2011

After what seems like years of simmering on the back burner, voice and video over IP (VoIP) services are coming into their own.

"We appear to have the most acceleration right now to move off of traditional analog voice," analyst Rob Enderle tells BYTE. "For whatever reason the industry has come around to the idea that this stuff needs to be done quickly."

Enderle is just one of many people I've spoken with this week for a deep dive on the current landscape for video, VoIP and the other ways we communicate over what looks less and less like a traditional wired phone network. 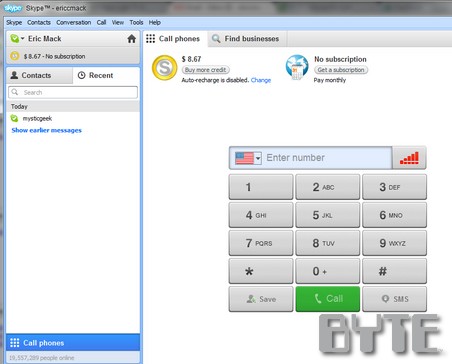 It's an area that's started to move at lightning speed recently with Microsoft's bid for Skype, Skype integration into Facebook, Hangouts on Google+ and more. Just this week, a new ad-supported service with free international calling debuted, along with Skype on iPad, an interesting Vonage iOS app and Google expanding its voice service again, too.

Look to BYTE next week for the full story on all of this, and a look into the future. You just might be surprised at the role that some experts think your current phone carrier and big names like Google will be playing in the years to come.

We've also got a full review on the Skype iPad app rolling out in the coming days, too. So be sure to stay tuned to BYTE, but please don't put us on hold...