The trash-disposal company, No. 3 in our 2011 InformationWeek 500 ranking, is using statistical models to drive price optimization as part of a companywide transformation strategy.
Chris Murphy
Editor, InformationWeek
September 07, 2011
The Challenge

Price-optimization software is difficult to imple- ment for many reasons: the customization required, complicated modeling, and concern that pricing is too sensitive a lever to trust to software. (For more on the software involved, see Waste Management Software Helps Find The Right Price)

But the biggest barriers to price optimization are probably organizational complexity and the cultural aspects of doing it. Pricing has long been based on employees' experience and judgment--factors that for many embody their value to the company. In the back of their minds, even the most tech-savvy managers may wonder: Are you trying to replace me with a machine? "Originally when they saw it, yeah, they were a little skeptical," Logsdon says.

IT had to prove to pricing managers that the software could help meet their goals. The team members tested it first in two markets to prove its effectiveness. And they didn't treat the system like some magical black box. They talked about the variables that go into a recommendation, and how the models aren't perfect and must be used in conjunction with a manager's discretion. "You can't say, 'Trust me, this is the right price,'" Bhasin says.

Mobility is another big initiative at Waste Management. With more than 100,000 mobile devices in use, the effort extends well beyond letting employees bring their personal gadgets to work (which they can do).

The company has industrial trash compactors with sensors that automatically phone home when full. Its trash trucks have push-to-talk mobile devices, and it's equipping thousands of trucks with GPS-enabled touch-screen computers for pickup and routing information. That provides real-time updates on vehicles' progress, so dispatchers can reassign work as needed. This capability has cut missed pickups, and was key to winning a contract in Seattle that included tightly defined service levels. And Waste Management is experimenting with off-the-shelf consumer tablets for potential use in its trucks.

The company's moving ahead with an order-to-cash ERP system, one based on Oracle's suite and with Siebel as its customer management component. That will close the book on a chapter that brought attention for the wrong reasons in 2008 when Waste Management sued SAP, saying the vendor didn't deliver the ERP system tuned for the trash industry as promised. The case, which happened before Bhasin became CIO, was settled last year.

Another undertaking involves centralizing how truck routes are determined. That's now done in the field at one of the company's more than 1,200 offices, but with increasingly sophisticated mapping and routing software, the company anticipates cost savings from moving that function to IT. With 20,000 trucks driving 100,000 routes a week, making those trips more efficient should lead to big savings in gas, staffing, and vehicle wear. 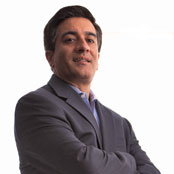 CIO Bhasin has new staff, and revenue quotas to meet

As with the pricing app, IT's work in truck routing draws on the new Decision Sciences and Innovation and Business Solutions teams, further demonstrating how IT is directly involved in improving company performance. Those groups comprise about 100 people, many from field roles around the company. Waste Management had to go out and find some skills, like its eight employees with math and statistics doctorates in Decisions Sciences, and convince those people that a trash company presented exciting technical and scientific opportunities.

Bhasin takes recruiting seriously. Before anyone--from department head to entry-level business analyst--gets a job offer, the individual must go before a panel drawn from the IT leadership team. Bhasin usually is one of those on the panel.

Bhasin is convinced that he has a compelling pitch for recruits. He points to the 10 million tons of trash recycled last year as evidence that they're helping the environment. And he shows them IT's nice digs, a newly remodeled office with an open floor plan that's bathed in natural light.

Most important, Bhasin tells recruits that IT is at the center of how the company is transforming itself. While the transformation starts as a three-year plan, Bhasin knows that if projects like the pricing system are effective and drive revenue, more will follow. Says Bhasin, "What I'm saying is that I hope that it never ends."