When Will Mobile Devices Be Good For Work?

iPhones and iPads are great entertainment devices but when will they catch up in the productivity arena? Mobile app vendors and pundits try to predict a killer work app.
Boonsri Dickinson
Associate Editor of BYTE
July 11, 2012

While Google and Apple have focused on putting entertainment on our phones, our productivity tools are stuck in the PC era. In many ways, productivity has almost been an afterthought on these devices. At the MobileBeat 2012 conference in San Francisco, it is clear that due to the consumerization of IT, mobile phones and tablets are becoming part of our work life. 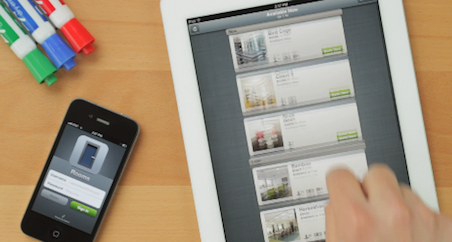 At the New Design Paradigms for Getting Work Done in the Real World panel, Devindra Hardawar, national editor and lead mobile writer at Venturebeat, led the discussion on the state of productivity on tablets and smartphones. Speaking on the panel were Dan McCall, cofounder and chief product officer of Taptera; Sam Lawrence, CEO and cofounder of Crushpath; and Jay Zaveri, VP of product and marketing at CloudOn.

Taptera's McCall said, "BYOD isn't a strategy, it's a reaction. Devices aren't just email, calendar, and notes on your devices. Productivity can live there, too. An iPad is like duct tape--it can be whatever you use it for."

That's why Taptera develops apps that make office life easier, said McCall. He talked about an app called Rooms, which hooks up email and Outlook and helps employees book conference rooms. Another app in beta is Serendipity, which identifies for salespeople clients that are close by.

McCall said that employees struggle with switching from what they are used to--their desktop's folder structure--to the non-folder structure of the iPad. He also said that inter-app relationships are an issue as well.

But it's more than just apps not talking to each other. We still need to get used to touching the iPad, rather than typing on a keyboard and using a mouse. CloudOn's Zaveri said productivity is stuck in the last century. The workforce is changing from a single person working on a computer to lots of people working on a distributed system.

CloudOn focuses on helping employees share Microsoft documents on mobile phones. When Zaveri talked about turning Microsoft Office into a program that is accessible on the tablet, Crushpath's Lawrence responded with, "Well, you can't just turn something that was made for a desktop and try to recreate the desktop on the tablet."

"We need to be more imaginative than that," Lawrence said. "Productivity apps are boring as hell."

What if work software was as cool as your kids' gaming apps? "We need to make work software like that… that's what the entrepreneurial spirit is about," Lawrence said. "It should be something we get addicted to, so we can be more productive."

Lawrence, the former chief marketing officer of Jive Software, is now focused on re-inventing the modern sales force. He thinks salespeople should be able to use technology and their mobility to close the deal from lead to close.

"Deals don't happen in a database. Salespeople shouldn't spend all their time recording what happened in the past. We need to transition from a database world into an activity-based world," Lawrence said.

So what's causing the BYOD movement? The executives are pressing the IT guys to allow iPads and smartphones in the workplace. When an executive demands having the financial reports on his iPad, how can the IT department ignore that?

The cloud has certainly removed a lot of the friction for companies, McCall said. Zaveri agreed, but said, "It's about getting over old fears. Getting comfortable with data sitting in the cloud." For example, while the banks have opened up their systems a great deal, some regulators have come in and shut them down.

"We know that there are malware hackers with different countries trying to access data. So there's a fine balancing act," Zaveri said.

Moderator Hardawar ended the session with this thought: True productivity will come when your device can learn your habits. Until then you'll likely be carrying around your laptop, iPad, and smartphone to completely satisfy your computing needs.