Zynga is heading toward a big IPO, but one of its founding team members is now placing bets on a lesser known social gaming company.

Andrew Trader, former VP of sales and business development for Zynga, has joined the board of KIXEYE, which is a sort of yin to Zynga's yang in the social gaming sphere. The company makes more involved and difficult-to-master games for social networks than Zynga does with its decidedly casual offerings.

You might even call it hard-core social gaming. Backyard Monsters and Battle Pirates on Facebook are a few of that company's early hits.

"KIXEYE has emerged as the leading innovator of social games for core gamers. Gamers want great games, not re-skinned versions of the same thing," Trader said in a statement. 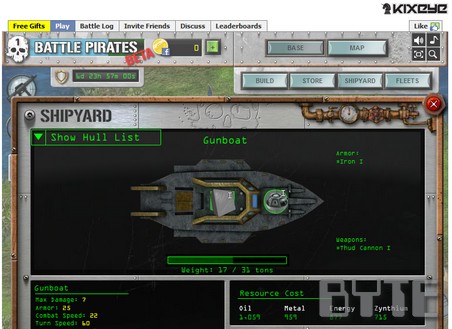 KIXEYE, which was known as The Casual Collective until a few months ago, announced the addition of Trader to its board along with an additional $18 million in funding this week.

Right now social gaming is big business, and Zynga completely dominates it. Reports put the IPO valuation for the four-year-old company easily in the billions of dollars, maybe as high as $20 billion. Not bad for a company built entirely on top of Facebook, which some think could be valued at $100 billion, by the way. Just for perspective: in 2008 the entire game industry was valued at about $22 billion. The same year, the US film industry reported slightly under $10 billion, a record for that vertical.

The key to Zynga's success is clearly Facebook. A source close to both companies tells BYTE that the incestuous relationship between the two will become more clear after both have completed an IPO.

Facebook has become an Internet within the Internet, capable of creating marketplaces and industries of significant size almost entirely within its walls. Its ability to create new communities within its vast membership makes it an attractive platform.

It's also the only platform that matters for social gaming right now, and it's where KIXEYE and Andrew Trader are hoping there's enough room for a second social gaming giant to emerge. Trader's the guy that helped scale Zynga to hundreds of millions of active users, after all.

But there's an interesting wrinkle that's gone under-reported so far. That's the fact that Google is one of the biggest investors (if not the biggest) in Zynga.

Combine that with reports that Google is planning to welcome social games into Google+ and pay developers more for the privilege than Facebook, and you have a tectonic shift shaking the foundations that all of social gaming has been built upon.

With the social gaming sphere set to expand, Zynga looks to continue to dominate, but there could soon be plenty of new social real estate for old hands like Andrew Trader to play in.

Keep checking back with BYTE for more coverage of all the upcoming social IPOs and new frontiers for gaming.

Jonathan Hoffberg is a senior contributor at BYTE. Email him at [email protected].