50%
Tweet
People in business and tech love to use the latest, popular buzzwords. "Disrupter" is one of them. But IS your company really leveraging analytics disruptive capabilities?

There are two things that distinguish companies: what they say and what they do. Business theoreticians, marketers, and even research firms use buzzwords to sell books, products, and reports, respectively. Whenever a particular buzzword such as "disrupter" becomes popular, a lot of companies choose to use it whether it actually applies or not.

There are many ways to be disruptive, not all of which change the world like computers, smartphones, social networks, and self-driving cars do. Sometimes being disruptive isn't just about being innovative, it's a matter of opportunity and timing. 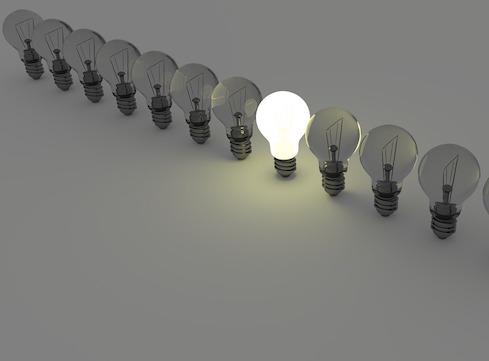 Digital natives continue to impact the business models of companies in a growing number of industries as more things in the physical world are replicated or reimagined using ones and zeros. Who would have imagined that the largest bookseller would have no physical stores or that the largest taxi company would own no cars?

Today's disruptions tend to be technology-enabled, and often a confluence of technologies is necessary for the business model to succeed. For example, connected cars and even fitness trackers require a combination of sensors, computing power, adequate bandwidth, and cloud agility. As history has demonstrated, a game-changing idea has a better chance of succeeding if there's a practical way to implement it at scale.

For example, mobile advertising was expected to explode at the beginning of the millennium, but the cellular networks were comparatively slow, certainly not fast enough to support rich media. People carried cellphones back then, not smartphones, and there was a much smaller installed base of users. Sometimes, great ideas fail because the timing is wrong.

Meanwhile, Amazon has expanded from books to all sorts of product categories, threatening the viability of many types of storefronts. However, it has failed at several me-too initiatives that were similar to disruptive offerings from Apple, PayPal, Groupon, and others. Disrupters are not immune from disruption, nor are disrupted companies incapable of disruption.

For example, GE successfully reinvented itself and is innovating in the industrial IoT space. Big pharma companies are working closely with their competitors on R&D projects (outside of consortia work) out of necessity.

More analog products are being disrupted by new-generation replacements that are digitized and connected, from smart buildings to connected inhalers. While some organizations are developing entirely new categories of technologies and products, others are finding new ways of using what already exists. Solar power is a good example of that. It isn't new, but it's a practical and affordable way to deliver electricity to consumers who lack access to a power grid. In rural Africa, consumers pay for their solar power using their cell phones because they don't have bank accounts. And the solar power panel providers are using cellular networks to monitor and manage the units they've installed at residences and small businesses.

A number of large, established companies including Wells Fargo and Disney now have incubator or accelerator programs so they have direct insightinto start-up innovation. Acquisition is another means big companies use to become disruptive or sustain a disruptive track record.

Some businesses adapt a disruptive idea, such as Etsy's ecommerce marketplace for handmade crafts. Other organizations including Travelocity, Hotels.com, and Zillow disrupted entire industries by eliminating the need for a middleman.

What Does Analytics Suggest?

What would happen if your company digitized a product or service in a way that provided more value to the customer and new sources of revenue for you? How could a disruptive trend in another industry apply to your industry? What insight might third-party data sources give you that would make a material difference to your customers and your company? How might your business model change if data and analytics were considered the core competency of your organization?

We welcome your comments on this topic on our social media channels, or [contact us directly] with questions about the site.
Comment  |
Email This  |
Print  |
RSS
More Insights
Webcasts
The Changing Face of Threat Intelligence
Enabling a Smooth DX Transformation in the Post-Pandemic New Tomorrow
More Webcasts
White Papers
2019 Software Exploits, a Technical Deep Dive into Vulnerabilities
2020 Trends to Watch: Cybersecurity
More White Papers
Reports
The New Face of IT Automation
State of Cybersecurity Incident Response
More Reports