50%
Tweet
Going far beyond Jeopardy, IBM's favorite child is rounding up friends to make intelligent apps proliferate, in healthcare and other fields.

Watson, IBM's "cognitive computing system," started out as a brainiac game show contestant, easily beating its opponents on Jeopardy and attracting international attention while doing so. Since Watson's 2011 debut, "he" has moved on to bigger and better things: working to cure cancer, changing the way data is used in healthcare, and transforming the medical school learning experience.

Now, Watson's resources will be open to developers worldwide with the new IBM Watson Developers Cloud, and healthcare stands out as one of the main applications of the technology.

"This is the day I was looking forward to since we started commercializing Watson," said John Gordon, VP of Watson Solutions at IBM. "We're bringing the power of Watson to the innovators of the world. It's far beyond what we would ever do by ourselves."

[ What will Watson's "children" be like? Read Beyond Watson: 3 Techs That Depend On Artificial Intelligence. ]

IBM used Jeopardy as a jumping off point, said Steven Gold, VP of Watson Solutions. Watson has since partnered with multiple healthcare organizations, including Memorial Sloan-Kettering and WellPoint, and has been used for several types of cancer research and predictive analytics.

Watson is more accessible than ever. He has shrunk from the size of a large bedroom to the size of a pizza box. His dialogue and interactive capabilities have been refined, and with the new cloud ecosystem, the possibilities continue to grow. 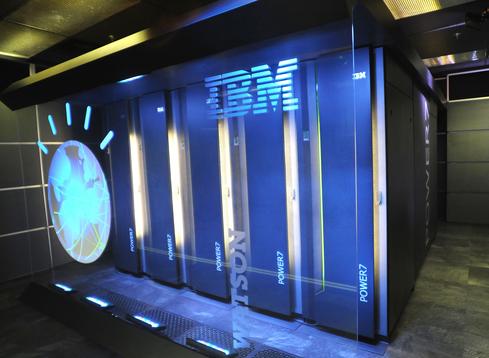 Partners are already building apps, which IBM plans to get to market in early 2014, Gordon said.

"The goal is to build and grow this to a fully-public, self-service development environment," Gordon said. "People with content and developers can come together in an innovative community to drive solutions."

For now, the cloud is limited to IBM's chosen partners, but that network will expand over time, Gordon said.

The first group to build a Watson app were eight interns, who had 13 weeks to build an app. IBM used their experiences to simplify the process and adapt it for early adopters.

IBM's darling is changing the way artificial intelligence works -- but does he ever make mistakes?

"Every day," Gold said. "Watson is a humble genius in the sense that he never assumes he's right. He believes there's probably more than one answer for any particular question and uses evidence and context to weight the confidence in the response."

Commercializing Watson has been a learning experience for IBM, Gordon said. The company is learning what it takes to build Watson solutions into a commercial environment across multiple industries.

"Watson is changing the way we can interact," Gordon said. "He's beginning a transformative era in computing. This is going to be the dominant form of computing in the future. Cognitive computing changes our experience with how we interact with solutions in the market."

Though the online exchange of medical records is central to the government's Meaningful Use program, the effort to make such transactions routine has just begun. Also in the Barriers to Health Information Exchange issue of InformationWeek Healthcare: Why cloud startups favor Direct Protocol as a simpler alternative to centralized HIEs. (Free registration required.)

@Alex, never say never.  Where we are with today's technology was not contemplated in anything other than yesterday's science fiction.  Watson maybe the start, but his son or grandson may very well be the EMH. http://en.memory-alpha.org/wiki/Emergency_Medical_Holographic_program
Reply  |  Post Message  |  Messages List  |  Start a Board

There isn't any healthcare technology -- mobile, artificial or otherwise -- that will replace a doctor. Watson is an amazing invention, but will never replace an actual physician. He's more of a medical supplement than a primary source of care.
Reply  |  Post Message  |  Messages List  |  Start a Board

All well and good, but even Watson is no substitute for a human doctor. Not yet, anyway.
Reply  |  Post Message  |  Messages List  |  Start a Board

I love IBM's Watson, and every initiative interconnected with this super powerful AI. The healthcare sector is going to see rapid advances in telemedicine thanks to Watson.

Assisting doctors in remote areas through AI, and telemedicine will save lives, and improve the quality of life of those who can't access medical attention for either live in remote areas or for the local hospital not counting with specialists.

Both open source, and cloud apps are going to make a hugh difference in the process. Not to mention the many eHealth startups working on innovative solutions as well, and the amount of data collected that once analysed will provide invaluable information to make more and faster improvements in the system.

I can't wait to see how developers use Watson's intelligence. Innovations like this are really neat to watch grow and evolve.
Reply  |  Post Message  |  Messages List  |  Start a Board

I love that Watson is now a "he" rather than an "it." But seriously, this could be the start of something huge. All that cognitive computing power accessible to who-knows-how-many developers? The future is wide open.
Reply  |  Post Message  |  Messages List  |  Start a Board
Editors' Choice
Hot Topics