50%
Tweet
Collaboration between IBM and the New York Genome Center will use Watson to match cancer mutations to potential treatments, compressing process from months to minutes.

IBM Research and the New York Genome Center want to prove that IBM's Watson can dramatically reduce the time required to identify the most effective cancer treatments based on an analysis of a specific patient's genetic mutations.

In partnership with regional hospitals, the NYGC plans to evaluate Watson's ability to help oncologists develop more personalized care for patients with glioblastoma, an aggressive and malignant brain cancer that kills more than 13,000 people in the US each year. The NYGC is a nonprofit consortium of the state's academic, medical, and university leaders working to advance the applications of genomics, the branch of genetics that studies complete DNA sequences rather than individual genes.

Precision medicine techniques based on genomic analysis have particularly great potential for cancer, according to Ajay Royyuru, a computational biologist with IBM Research.

"The difference [between] one individual [and] the next for the same diagnosis of cancer is humungous -- to the extent where a certain treatment is right for you, or a certain treatment will do no good for you," Royyuru told us. "Why is that? Because cancer is a disease of the genome." Not only are the abnormalities causing cancer different from one individual to the next, but they also change over time, becoming more and more abnormal.

That makes it particularly important to do the analysis leading to a treatment recommendation as quickly as possible, before the genome changes again.

The collaboration between IBM and the NYGC announced this week uses a customized version of the Watson cognitive computing system, which first became famous for winning a 2011 Jeopardy match over the game show's top human champions. Since then, IBM has made healthcare a primary target industry for commercialization of Watson technology and has worked with other institutions on applying Watson to decision support for cancer treatment.

The New York Genome Center research collaboration will use a new Watson prototype that has been trained to understand genomics data, accepting an analysis of cancer mutations as an input. Using the same skills that allowed it to extract mountains of Jeopardy trivia from news stories and reference sources, Watson will search the scientific literature to match genetic abnormalities with drugs associated with treating those mutations. 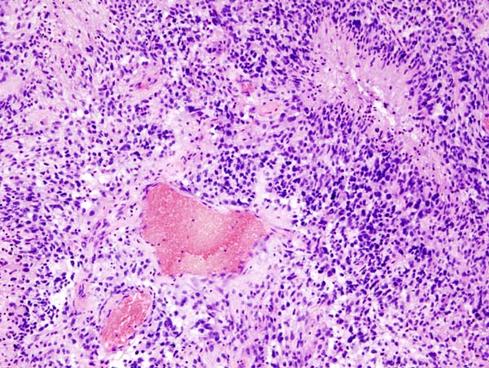 Toby Bloom, NYGC deputy science director for informatics, told us the current process of doing those literature searches is relatively manual and can take weeks or months. "We can sequence genomes relatively quickly, but then there's this big lag with how you associate that with drugs." Watson promises to reduce that process of weeks or months to minutes or hours, she said. The reality of that claim, which is based on IBM's tests against reference data from the National Institutes of Health's Cancer Genome Atlas, remains to be proven through the clinical trials IBM and the NYGC are now planning.

The promise is not that Watson will produce magical cures or even identify the one perfect drug for every condition. But by speeding up the process of identifying a short list of the most promising drug candidates, the technology makes it more likely that the treatment can be delivered in time to make a difference.

"As a first pass, we're just making it possible to select drugs quickly enough that are targeted for specific patients," Bloom said. "Assuming can find any improvements in at least a small number of patients, we will extend this study." Also, if the project starts seeing positive results, it should be possible to feed those outcomes back into Watson, "so the dynamic learning part of Watson could possibly find associations we wouldn't find as quickly."

Download Health IT in the Obamacare Era, the InformationWeek Healthcare digital issue on the impact of new laws and regulations. Modern technology created the opportunity to restructure the healthcare industry around accountable care organizations, but IT priorities are also being driven by the shift.

David F. Carr oversees InformationWeek's coverage of government and healthcare IT. He previously led coverage of social business and education technologies and continues to contribute in those areas. He is the editor of Social Collaboration for Dummies (Wiley, Oct. 2013) and ... View Full Bio
We welcome your comments on this topic on our social media channels, or [contact us directly] with questions about the site.
Comment  |
Email This  |
Print  |
RSS
More Insights
Webcasts
Using Artificial Intelligence, Deep Learning and Machine Learning for Cyber Defense
Profile of an Online Attack
More Webcasts
White Papers
Winning at Cyberrisk Management
Human Layer Security for Dummies
More White Papers
Reports
The ROI Of SD-WAN: Not Just A Numbers Game
Special Report: The Changing Face of Threat Intelligence
More Reports

Couldn't agree more. These types of advancements in technology -- for the greater good -- make me excited to see what may come next.
Reply  |  Post Message  |  Messages List  |  Start a Board

I had the chance to speak with one of hte folks behind Watson about this project the other day at an IBM event, and it's really quite fascinating.  If we can figure out how DNA in cancer tumors can be attributed to the host DNA, this will not only lead to new, faster and more efficient treatments, but it can also help create much earlier screening tools to reduce the overall affliction rate of cancer.  It's so exciting to see real applications for this type of technology that will make significant differences, especially in remote or underdeveloped areas where we simply cannot service the population to the same level as we do in larger cities.
Reply  |  Post Message  |  Messages List  |  Start a Board

I can't wait until, five or 10 years from now, we see some big results from these big Watson projects.
Reply  |  Post Message  |  Messages List  |  Start a Board

I was tempted to write this off as just another big claim for Watson, in a repetitive pattern of Watson applied to this, that, and the other thing. The thing that caught my imagination, though, was the idea that the software was being trained to understand genomic information and match it against scientific citations on the efficacy of specific drugs.
Reply  |  Post Message  |  Messages List  |  Start a Board

Watson is actually going to be quite helpful with this task. We can group patients by response to druges and we can group patients by known mutations in their genome, but it's very hard to correlate the two groups. Not enough people have had their genome deciphered to make the latter groups large enough for scientific analysis. For a doctor to someday say, "Patients with your genome type have responded well with this type of drug," will be a new day in medicine. It isn't far off.
Reply  |  Post Message  |  Messages List  |  Start a Board

Given the variables at work in relating treatments to highly individualized cases, this looks like a great use for Watson and a great partnership for the cancer community.
Reply  |  Post Message  |  Messages List  |  Start a Board
Editors' Choice
Hot Topics