0 comments
Comment Now
Tweet
Laying out an ambitious roadmap at its SAPPHIRE NOW conference in May, SAP executives detailed an in-memory, tech-powered plan to unite enterprise applications and business intelligence. If it succeeds, the plan will change the course of IT. 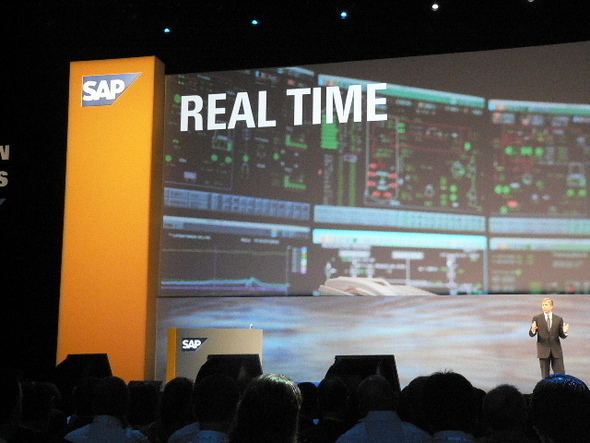 Of all the themes highlighted at SAP's simultaneous Frankfurt, Germany, and Orlando, Fla., 2010 SAPPHIRE NOW events, "real real-time" is the key theme behind the big technology announcements 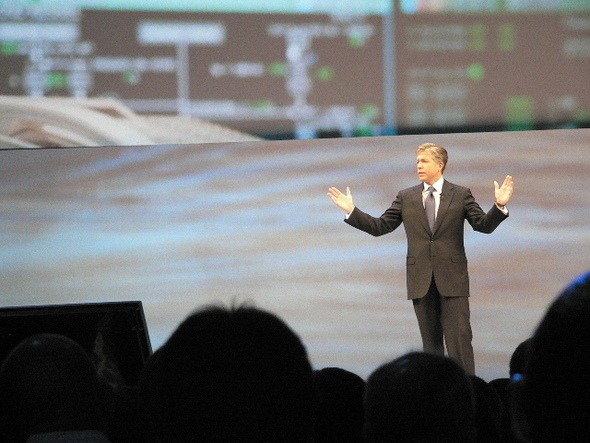 Co-CEO Bill McDermott hammers on SAP's belief in an open vendor ecosystem and partnerships, contrasting the company's strategy with the single-stack, single-supplier approach espoused by the unnamed vendor that shall remain Oracle. 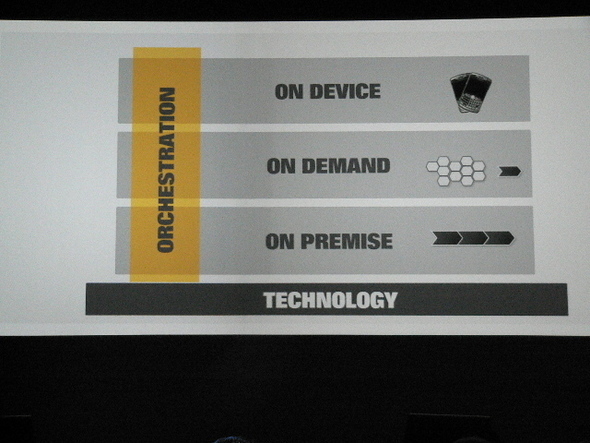 SAP outlines a three-legged on device (meaning mobile), on demand (cloud computing), and on-premises strategy. The move to mobile will be accelerated by SAP's planned Sybase acquisition, execs say. The cloud story will include SMB-oriented Business ByDesign and new ERP integrated 'extension' apps. 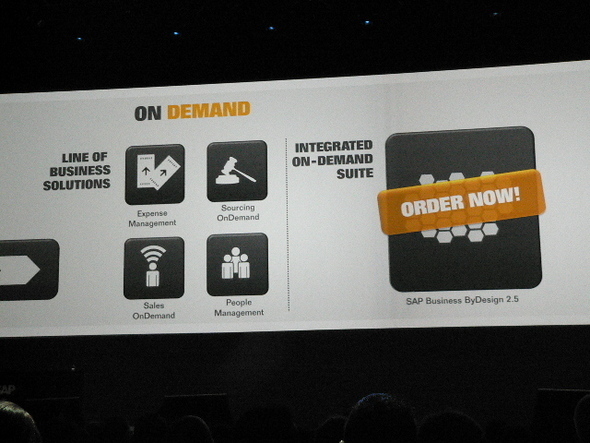 Line-of-business 'extension' SaaS apps are to be integrated with on-premise ERP, "so a lead isn't stuck as a lead; it can become an order, a shipment, an invoice and a payment," says SAP co-CEO Jim Hagemann Snabe. The re-release of the delayed and reengineered Business ByDesign SaaS ERP suite is set for July 2010. 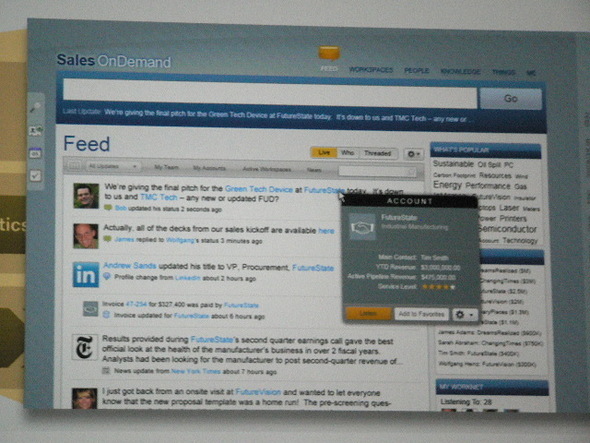 SAP says it will replace it's CRM On Demand SaaS app in late 2010 with Sales On Demand, an upgrade seen here. The new app will offer collaboration capabilities adapted from SAP's StreamWork SaaS application. Seems like an answer to Salesforce.com's built-in Chatter service, set for summer 2010 release. 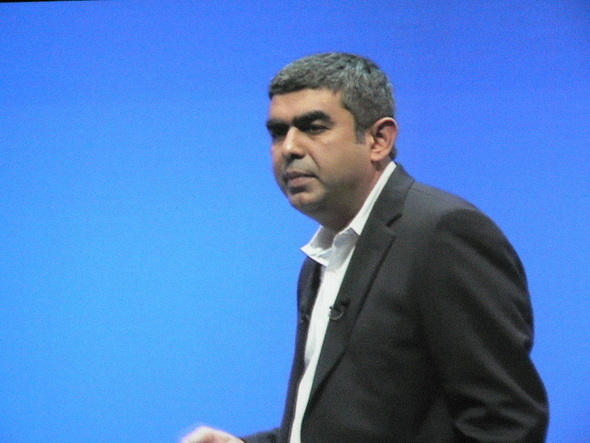 In-memory and column-store database technologies have been around for years, but SAP CTO Vishal Sikka says today's multi-core processors and affordable chip-based memory will make it possible for the vendor to launch, by year-end 2010, a High-Performance Analytic Appliance on hardware from HP or IBM. 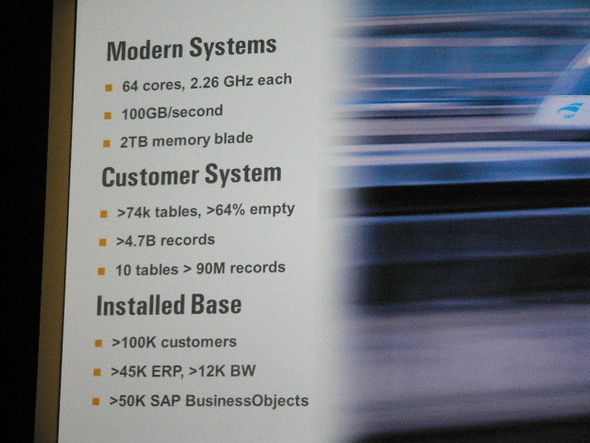 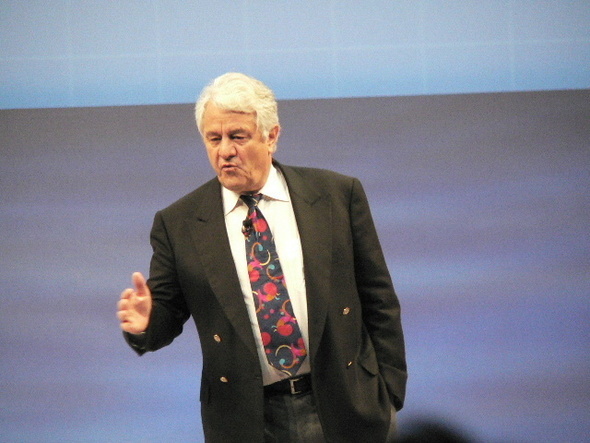 "I never intellectually liked the idea" of separating OLAP from the transactional environment, says SAP Chairman Hasso Plattner. The SAP Business Analytic Engine, which Plattner called "the New DB," will eventually enable the apps vendor to reunite two worlds that were separated decades ago to ensure mission-critical transaction performance. 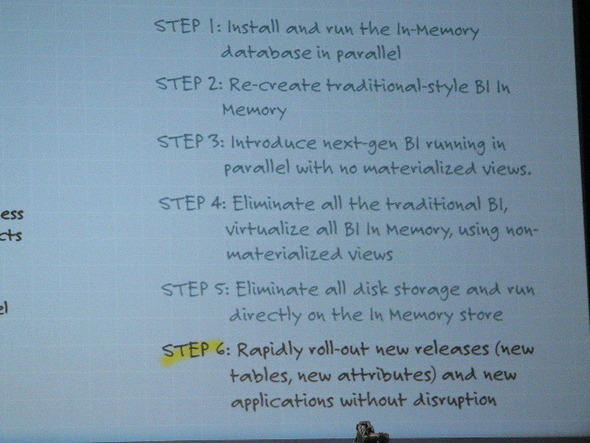 SAP Chairman Hasso Plattner outlines a six-step vision for rolling out the New DB. In the first few steps, appliance or software-based versions of the SAP Business Analytic Engine are to be deployed as "no risk" accelerators without ripping and replacing current application or BI/data warehouse infrastructure. 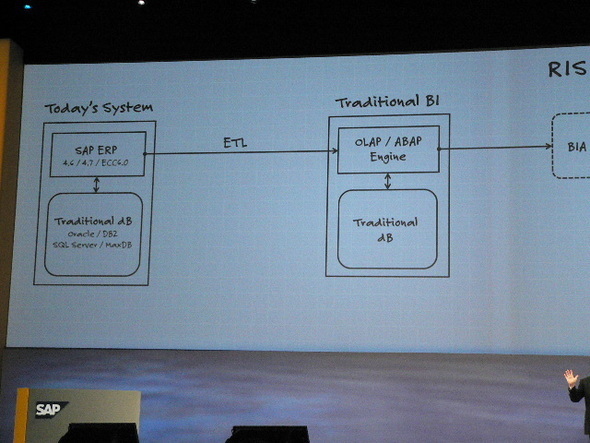 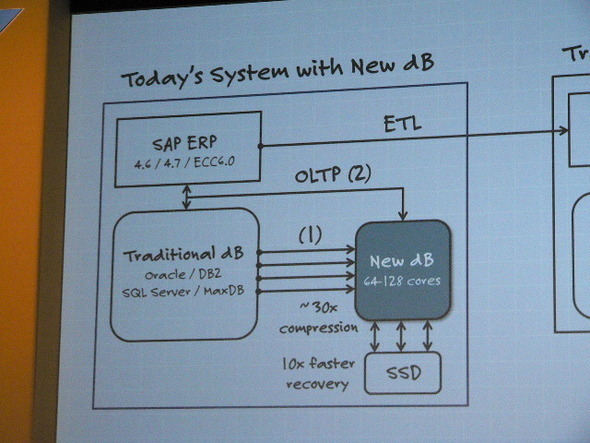 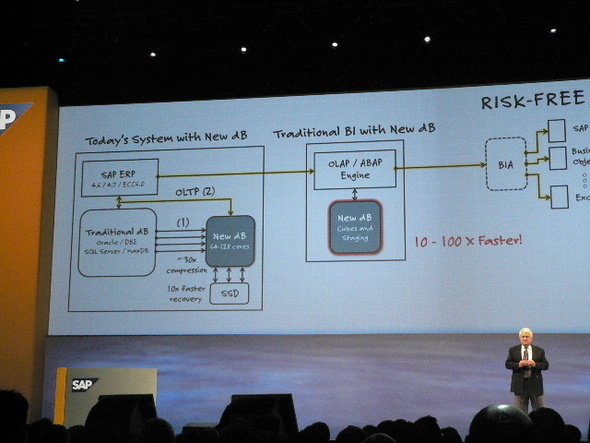 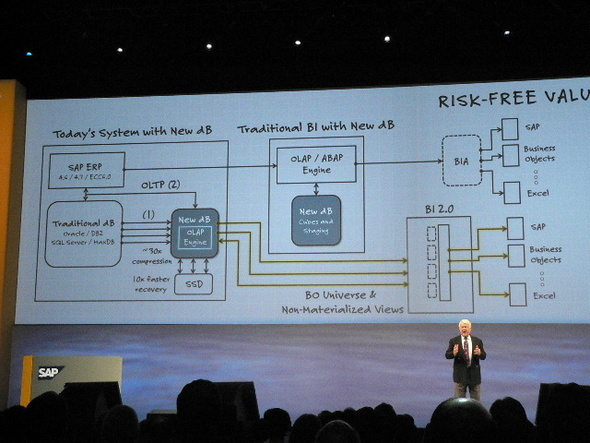 In the third stage of SAP Chairman Hasso Plattner's six-step plan for rolling out the New DB, users gain access to real-time data without the limitations of materialized views of summary-level data. 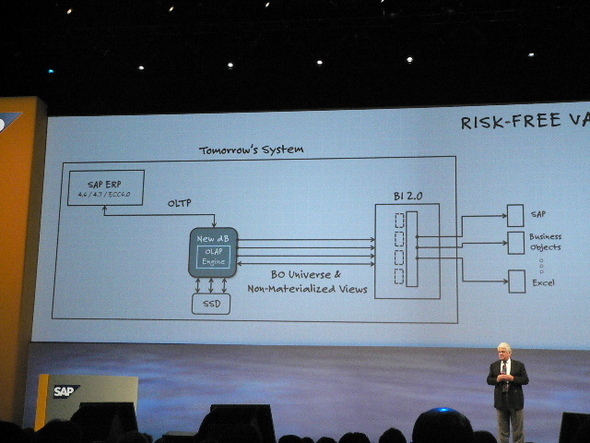 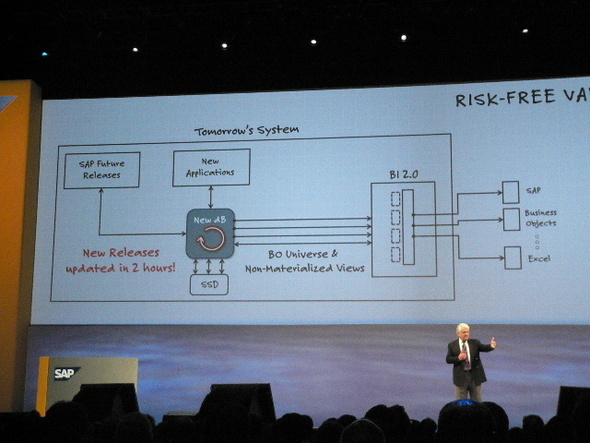 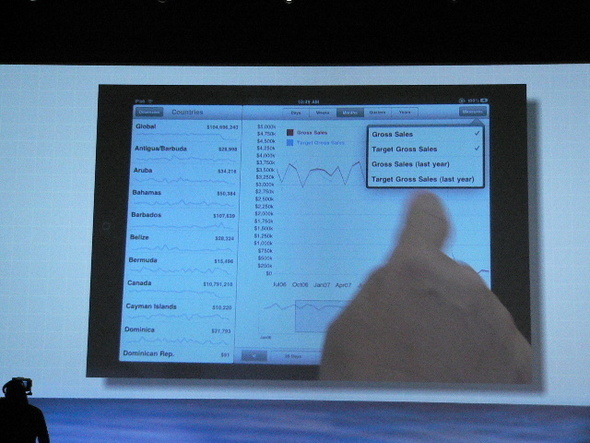 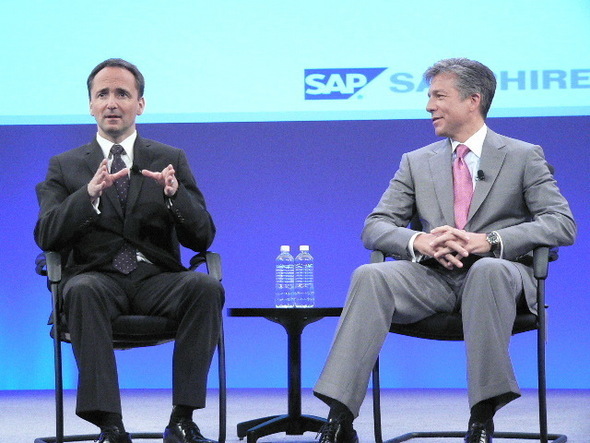 SAP co-CEO Jim Hagemann Snabe, left, says it will take "many years" to get to Step 6 of the SAP Chairman Hasso Plattner's vision whereby databases underneath apps could be replaced by the New DB. SAP co-CEO Bill McDermott emphasizes that DB choice will remain with customers, and he adds that partners HP, IBM and others were pre-briefed on SAP's strategy. 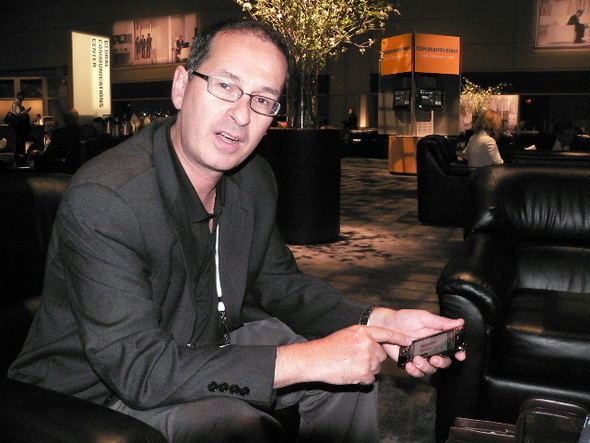 SAP customers including Tom Zavos, senior director of Business Intelligence at Kraft Foods, say they're eager to embrace the simplified infrastructure promised by SAP's New DB. But Zavos also wants details on pricing, particularly since the technology will initially be an add-on rather than a replacement for current technology.