The potential to deliver better healthcare has been one of the driving factors behind the push for big data analytics in medicine in recent years. The fact that the potential is there doesn't mean every project succeeds.

Penn Medicine's big data projects, however, have already hit several milestones, and they are being successfully used within the organization, which is composed of the University of Pennsylvania's medical school and its health system of five hospitals. Initial applications have centered on predictive analytics on individual patients at risk for two conditions: sepsis and heart failure. Now Penn Medicine is getting set to release its open source real-time application platform, Penn Signals, to other organizations, too.

Here are some of the factors that he believes have led to the projects' success so far.

First, collaboration between the data scientists and doctors and other healthcare professionals is critically important. Draugelis said that his data scientists were "embedded" with clinicians to gain a real sense of the challenges they face. The data team also worked on set schedules with two weeks to "iterate" or perform research about the medical problem and four weeks to build a model. During the two-week research phase the data scientists immersed themselves in the medical language and problems to explore. 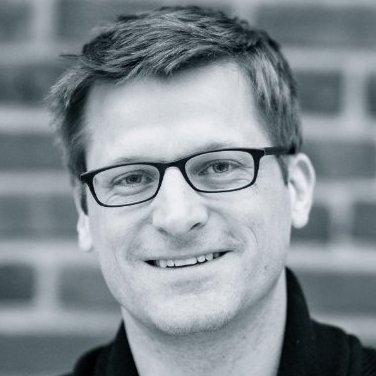 "We have to understand the value of what we are about to do," Draugelis said. Then it's time to build the model. Models go through a process of repetition and honing, too, to improve the accuracy and performance of the information delivered.

Success Factor: Having a Business Stakeholder

Another key to a big data project's success is whether it has a business stakeholder.

Among the important stakeholders at Penn Medicine who have collaborated on these two applications projects are Dr. Lee Goldberg and JoAnne Fante-Gallagher. Draugelis credits them and others with how far the Penn Signals platform has evolved to date.

He explained that Penn is creating service lines around specific illnesses to predict which patients are at risk. Predictive models are created to analyze historical data -- medical records -- for individual patients, together with other data streams. These models can then predict if a patient is at risk for a particular condition such as heart failure even if he or she is visiting the doctor for an unrelated condition or illness. But creating that kind of predictive model is just one piece of the puzzle.

"The data science looks like magic," Draugelis said. "But it's the easy part."

The other piece is taking that information that is generated from those predictive models and putting it into the hands of people who can use it -- the healthcare practitioners. Draugelis's team has set up alert systems that can warn doctors of the risk for particular patients before events occur.

In the case of heart failure, Draugelis said, it can be difficult to identify the patients who are at risk, and many go undiagnosed. The Penn Medicine predictive models can identify the patients' risks earlier and alert their doctors. That can mean that patients receive preventive care and treatment.

Another project at Penn Medicine identifies patients at risk for sepsis, a life-threatening complication of infection.

Another key factor to the success of a predictive analytics program is speed. Draugelis said that it's important to deliver early results with some minimal value. When he joined the Penn team he promised that he would release something in three months. His six-week process of researching and delivering a model ensures that results are released on a regular basis, as promised, which is important to keep the advocacy going, he said. A project manager, another important member of the Penn Medicine team, advocates for big data projects.

Even if you have that rapid deployment, it also helps to have top management in an organization believe in the value of the project. That was another big component of Penn Medicine's project, Draugelis said. With that support the plan is in place to release Penn Signals to the broader medical community as an open source project. The goal is to release it in June 2016.

"We want Penn to be a leader in the world, and to produce a platform that lends these solutions to share -- that would [make the program] a leader," Draugelis said.