Healthcare IT In The Obamacare Era - InformationWeek

Modern technology created the opportunity to restructure the healthcare industry around accountable care organizations, but IT priorities are also being driven by the shift.

Despite all the attention focused on health insurance reform by the problematic launch of HealthCare.gov, the biggest impacts on healthcare organizations are likely to come from other measures embedded in the 906 pages of the Affordable Care Act legislation that squeaked through Congress in 2010.

Obamacare endorsed a structural change in the way hospitals and healthcare organizations get paid, based on how well they keep a given population of patients healthy rather than the number of patient visits or procedures they perform. This twist on the concept of managed care, known as an accountable care organization (ACO), is a strategy for improving the cost-to-value structure of Medicare. And it's expected to have technology and other ripple effects throughout the healthcare and insurance industries.

How quickly and completely this transformation will occur is debatable. Most of the people we interviewed see it as inevitable but likely to take a decade. Yet because this transition will rewrite the rules of care delivery and billing, organizations will have to make countless information systems changes to compete effectively as ACOs. For example, Sharp HealthCare in San Diego, which participates in both government and commercial ACOs, is working through at least half a dozen major system changes in order to support ACOs effectively, says CIO Bill Spooner. 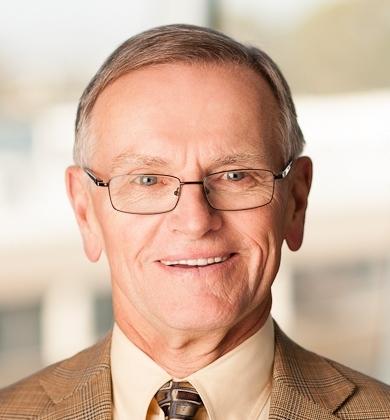 In some ways, ACOs are reminiscent of the health maintenance organizations (HMOs) that arose in the 1970s. "They failed in large part because there wasn't any data," says Cynthia Burghard, an analyst who covers healthcare IT at IDC. Early managed care efforts talked about encouraging preventive care, but they focused mostly on containing costs. They introduced "capitated" models, limiting how much a provider could get paid for a given type of care, without providing tools to help providers become more efficient, Burghard says.

Today, the lack of data isn't a problem, though making effective use of it can be.

A few provider organizations such as Partners HealthCare have already shown that it's possible to find an ACO win-win by generating millions of dollars in Medicare "shared savings" to be split with the federal government. Yet others are frustrated by the lack of results they've been able to achieve through that same program, and nine of the 33 institutions that Medicare picked as its Pioneer ACOs dropped out of the program last year.

This is the "Obamacare era" of regulatory change, though some elements are really a continuation of policies initiated under the Bush administration. President George W. Bush started what became the federal government's Meaningful Use program, promoting the use of electronic health records and other health systems. Funding for Meaningful Use arrived in the HITECH Act, which was part of President Obama's 2009 economic stimulus program.

While Meaningful Use and the Medicare ACO program are the result of separate legislation, ACOs aim to take advantage of a modernized health IT infrastructure and exploding volumes of data being gathered, while at the same time putting pressure on IT pros to improve those technologies and analytics.

The broader trend is called population health management -- the idea that by focusing on improving the health of entire populations of individuals, healthcare organizations can deliver better care, more cost effectively. One way to drive that change is to move away from the traditional fee-for-service model, whereby healthcare providers can earn more from sicker patients who require more office visits, hospital admissions, and surgical procedures. 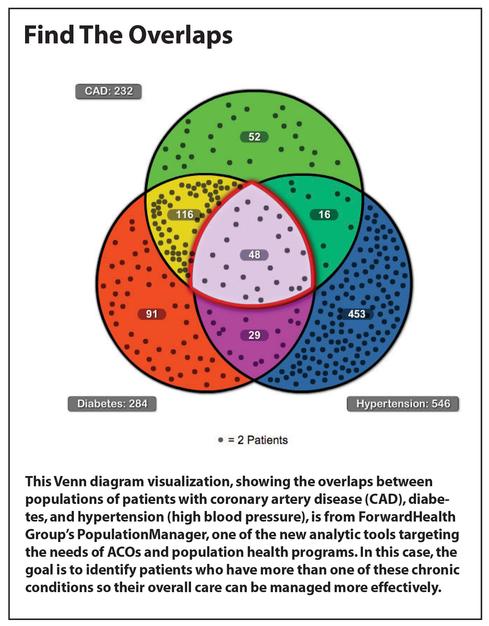 Reformers refer to these as "perverse incentives" that drive overutilization, resulting in episodic "sick care" rather than a systematic effort to improve people's health. If what we want instead is a healthcare system that makes people healthier at a reasonable price, the incentives should reward preventive care that reduces the need for those visits, admissions, and surgeries.

The ACO concept has been kicking around since at least 2006, when it was introduced as a Medicare reform proposal. The first ACOs actually came from

Not my intent to give credence to the "death panels" thing. I do have some respect for the law of unintended consequences, however. When lawmakers (or insurance companies, for that matter) say they are realigning incentives to reduce overutilization and emphasize quality over quantity of care delivered, that's a fine goal. Whether it results in denial of needed care bears watching. Then again, the bad, old system we're trying to move away from had a bad habit of denying legitimate claims and denying insurnace because of preexisting conditions.

Most of the people I spoke with are optimistic that this system represents a real improvement.
Reply  |  Post Message  |  Messages List  |  Start a Board

Most of the people I interviewed saw the accountable care trend as inevitable, appropriate, and necessary.

I'm just contrary enough to start worrying when so many people agree on something.
Reply  |  Post Message  |  Messages List  |  Start a Board

As with a lot of ambitious policy initiatives, accountable care makes sense in theory, but can it be implemented without a rash of unintended consequences? There will certainly be negative ramifications, but will the greater good be served? (I don't know.)
Reply  |  Post Message  |  Messages List  |  Start a Board

I don't deal much here with the politics around Obamacare, but I did address it in this column a couple of weeks ago, Obamacare: Separating Politics From Practicalities.

I suppose it must have been the language in the ACA about attacking overutilization of the system that gave rise to the "death panels" meme of a few years ago. I admit it makes me twitchy to hear all this talk about reducing hospital readmissions (what if someone really needs to go back to the hospital, are the incentives going to change in a way that discourages care when we need it?). The goal, of course is to achieve a greater focus on follow up and preventative care, which are less expensive in the long run than hospital and emergency room care.

Do you believe in the potential of accountable care?
Reply  |  Post Message  |  Messages List  |  Start a Board

"While it would be helpful to have one EMR standard, for now Rab is trying to steer participants toward four or five preferred vendors." It is refreshing to hear someone be pragmatic about this. Setting one standard would not be practical.
Reply  |  Post Message  |  Messages List  |  Start a Board
InformationWeek Is Getting an Upgrade!