Healthcare IT In The Obamacare Era - InformationWeek

Modern technology created the opportunity to restructure the healthcare industry around accountable care organizations, but IT priorities are also being driven by the shift.

private insurers, while lawmakers and regulators mulled over the idea. Now, because the government's Medicare program is the largest insurer of all, its endorsement of the ACO model reinforces the idea that this is the wave of the future.

"If Obamacare does anything, it encourages people to get coordinated more quickly," says David Muntz, a former deputy director of the Office of the National Coordinator for Health IT, which oversees the Meaningful Use program. Muntz now serves as senior VP and CIO at GetWellNetwork, an online service focused on boosting patient engagement. Organizations may be changing because they see the benefits of accountable care or because they're "trying to survive in spite of it," but they will all have to change, he says.

"The ACO model was a logical outgrowth of the challenges we were seeing on the financial side of the business," Muntz says.

Surviving accountable care
Whether intended or not by lawmakers, the new regulatory regime may also drive further industry consolidation, since sole practitioners and small practices will find it even harder to compete with large organizations that can assert more comprehensive control over patient care. If providers are asked to take responsibility for all aspects of a patient's care, they'll want to have control over as much of it as possible.

That consolidation is already happening, Muntz says. "Providers who are weary of the changes or don't want to take the time to understand all the changes are lining up with hospitals," he says. Remember, he adds, "we're still supposed to be focused on the patients. It's not all about the money -- it's how do you get the patients engaged in their own care?" If the structural changes in the market achieve a better quality of care, he thinks the transition will have been worthwhile. 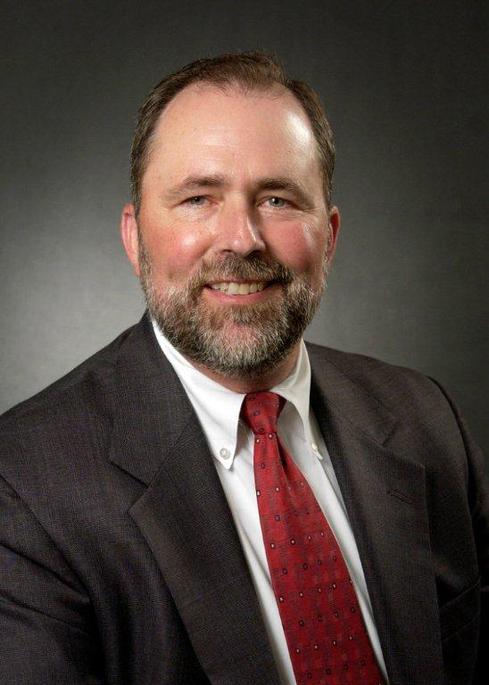 "You can't buy, quote, a 'population health management tool,'
because it isn't one tool. It isn't a module."
-- James Noga, CIO, Partners HealthCare

When hospital CIOs talk with Muntz about the pressures they're facing, they talk less about Obamacare than about their organizations assuming more risk in general, dealing with both public and private payers. That means they need to do a better job of coordinating care across all the doctors and nurses in their networks, as well as with the patients themselves, he says.

As a former hospital CIO, Muntz says he regrets the collective effect of piling so many requirements onto technology managers at once. "If all they had to do was Meaningful Use, it would be fairly straightforward," he says, but the steeper requirements of Meaningful Use Stage 2 are hitting at the same time as many other requirements, such as the shift to ICD-10 coding and the need to adapt to accountable care. Big hospitals may be up to it, but smaller and rural providers are struggling. "On the other hand, if we hadn't put a stake in the ground, would they have moved at all?" he says.

The ACO pioneers
Partners HealthCare is one of the big organizations that seems to be up to the challenge.

The Centers for Medicare & Medicaid Services picked Partners as one of its Pioneer ACOs, organizations charged with proving the value of the model and attempting to create "shared savings" -- saving money for the government and itself. In mid-2013, Partners announced that in its first year in the program, it had generated about $14.4 million in savings to be split with the Medicare program. Partners has also been cutting similar deals with commercial payers.

"When we talk about population health management, we think about it holistically, not necessarily just in terms of the Medicare population," Partners CIO James Noga says. "We anticipate more and more payer contracts in which hospitals and healthcare systems will continue to take on additional risk."

That trend started before the passage of Obamacare, but "the ACA probably put it more in focus," Noga says. Despite the demands this regulatory push places on his organization, Noga says it's a push in the right direction. Being less reactive and doing a better job of following up on patients with chronic conditions is the industry's best chance of "bending the cost curve" while improving the quality of care, he says.

Partners is betting that as private insurers see Medicare lowering costs with this approach, their interest in ACOs will intensify, Noga says. "For us, it's a strategy," he says.

The trend toward ACOs and population health management has driven Partners to retool. It's the impetus for a major Partners initiative to consolidate patient data onto one EHR, Epic, from the several it has at different hospitals. On the other hand, because Partners is only getting started on what will be a

Not my intent to give credence to the "death panels" thing. I do have some respect for the law of unintended consequences, however. When lawmakers (or insurance companies, for that matter) say they are realigning incentives to reduce overutilization and emphasize quality over quantity of care delivered, that's a fine goal. Whether it results in denial of needed care bears watching. Then again, the bad, old system we're trying to move away from had a bad habit of denying legitimate claims and denying insurnace because of preexisting conditions.

Most of the people I spoke with are optimistic that this system represents a real improvement.
Reply  |  Post Message  |  Messages List  |  Start a Board

Most of the people I interviewed saw the accountable care trend as inevitable, appropriate, and necessary.

I'm just contrary enough to start worrying when so many people agree on something.
Reply  |  Post Message  |  Messages List  |  Start a Board

As with a lot of ambitious policy initiatives, accountable care makes sense in theory, but can it be implemented without a rash of unintended consequences? There will certainly be negative ramifications, but will the greater good be served? (I don't know.)
Reply  |  Post Message  |  Messages List  |  Start a Board

I don't deal much here with the politics around Obamacare, but I did address it in this column a couple of weeks ago, Obamacare: Separating Politics From Practicalities.

I suppose it must have been the language in the ACA about attacking overutilization of the system that gave rise to the "death panels" meme of a few years ago. I admit it makes me twitchy to hear all this talk about reducing hospital readmissions (what if someone really needs to go back to the hospital, are the incentives going to change in a way that discourages care when we need it?). The goal, of course is to achieve a greater focus on follow up and preventative care, which are less expensive in the long run than hospital and emergency room care.

Do you believe in the potential of accountable care?
Reply  |  Post Message  |  Messages List  |  Start a Board

"While it would be helpful to have one EMR standard, for now Rab is trying to steer participants toward four or five preferred vendors." It is refreshing to hear someone be pragmatic about this. Setting one standard would not be practical.
Reply  |  Post Message  |  Messages List  |  Start a Board
InformationWeek Is Getting an Upgrade!