50%
Tweet
Online integration in industries like banking is "just math" compared to what healthcare has to do, says Aetna's accountable care leader, Charles Kennedy.

The rise of accountable care organizations (ACOs) designed to reward quality over quantity of care delivered is being propelled by laws and regulations but is also being helped along by leaders such as Aetna's Charles Kennedy.

Kennedy, who has both an MD and an MBA, is CEO of the Accountable Care Solutions business unit that Aetna established in 2011. Like the related Healthagen software business Aetna established, Accountable Care Solutions aims to deliver products and services that healthcare providers will be able to use across their businesses, including the business they do with payers other than Aetna. Aetna acquired Healthagen, developer of the iTriage mobile health app, in 2011 and has added a number of consumer and professional healthcare software products to its portfolio.

The goal of the accountable care business Kennedy runs is to use those software products, in conjunction with consulting services, to help provider organizations organize and operate ACOs, one of the main vehicles for shifting the healthcare industry away from providers billing for every service provided -- a pattern associated with excess utilization and unnecessary expense. Instead, ACOs aim to align financial incentives with keeping the most people healthy for the lowest cost, putting more emphasis on preventative care and coordination of care among providers.

Citing studies of waste in the healthcare system, Kennedy said as much as 50% of the care delivered by healthcare providers is not backed by evidence of whether the drug or treatment administered will help or hurt the patient. Given that, the best way to make healthcare affordable is "by eliminating the care that has no value," Kennedy said. "The question is, how do you do that in a way that allows delivery systems to be financially stable?" 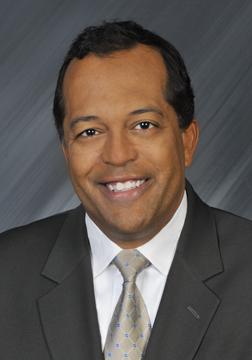 [Finance and healthcare are both heavily regulated industries. Is that where the comparison ends? See 5 Lessons For Healthcare Providers From Banks.]

Accountable Care Solutions caters mostly to hospitals, and many of them have been sustaining their businesses with what is now being defined as "unnecessary" care, Kennedy said. In a fee-for-service world, a hospital that cut back on the number of patients admitted (unnecessarily or not) would tend to be "punished financially and possibly helping my competitor down the street."

The tricky part today is managing operations through a transitional period when value-based payments are on the rise, but the fee-for-service model is still dominant. "Our goal is to provide them with a financially viable, multi-year strategy to go from volume to value."

Aetna does not actually operate ACOs, which by definition are provider organizations set up to take responsibility -- be accountable -- for the health of a group of individuals, under a payment system that will allow them to profit more by delivering higher quality for lower cost, eliminating unnecessary tests and procedures in favor of those that make a difference. The ACOs most making headlines today are Medicare Shared Savings ACOs that allow providers to earn more if they can reduce unnecessary healthcare costs. So far, these arrangements are all "upside" benefit and no "downside" risk of losing money if costs exceed a contracted maximum.

The commercial ACOs Aetna works with as a payer tend to start out the same way. "The first few years may be upside only, but we usually want to migrate to a model of upside and downside risk where we begin to mimic something like capitation," Kennedy said, referring to the practice of putting a cap on per-patient expenditures. "We start out with a low-risk approach, then, depending on the delivery system's aggressiveness, start moving to value-based care."

Asking healthcare providers to take on risk changes the relationship between payers and providers, but that's not to say providers need to take on 100% of the risk, Kennedy said. As an insurer, Aetna can bear the bulk of the financial risk while still using financial leverage over the providers to keep a lid on costs -- something that is important to the employers and consumers who ultimately pay the bills.

In a keynote speech at last month's HIMSS conference in Orlando, Aetna CEO Mark Bertolini emphasized that it's unsustainable for healthcare premiums to continue to rise at four times the rate of inflation, which makes it imperative that the company show what it can do to control costs. Providers and payers must break out of the pattern of "mutually assured destruction" where they act like opponents rather than partners in producing a better healthcare system.

Aetna is also trying to use its software and accountable care subsidiaries to adapt to a significantly different environment for health insurance. Bertolini says that, in six or seven years, 75% of health plans will be sold directly to consumers -- often with a subsidy from the government or an employer, but with an individual rather than an institution making the choice. At the same time, engagement with the individual patient/consumer is absolutely critical to achieving better health outcomes -- thus, the importance of consumer apps like iTriage.

"We need to empower consumers to take control of their healthcare around connected digital tools," Bertolini said.

Whether the healthcare industry is in for a complete transformation or a more gradual and partial shift away from fee-for-service remains uncertain. If ACOs continue to demonstrate both improved quality and lower costs, Kennedy says, they will be at least as big as HMOs were in the 1980s and 1990s. That earlier form of managed care did succeed, for a while, in containing

10 Trends Accelerating Edge Computing Cynthia Harvey, Freelance Journalist, InformationWeek,  10/8/2020
White Papers
DevOps for the Database
Account Takeovers - How Organizations Try to Prevent Them & Why it's Not Enough
The ROI Of SD-WAN: Not Just A Numbers Game
The Modern SIEM Evaluation Guide
Navigating Digital Transformation During a Pandemic