EHRs are commonly promoted as boosting patient safety, but are we all being fooled? InformationWeek Radio investigates.

One of the top stated goals of the federal Meaningful Use program encouraging adoption of electronic health records (EHR) technology is to improve patient safety. But is there really a cause-and-effect relationship between digitizing health records and reducing medical errors? Poorly implemented health information technology can also introduce new errors, whether from scrambled data or confusing user interfaces, sometimes causing harm to flesh-and-blood patients.

This is the issue we will tackle in our InformationWeek Radio show, Is Digitizing Healthcare Making It Less Safe?, Tuesday, July 1, at 2 p.m. EST. My guest for the show will be Scot M. Silverstein, M.D., a consultant and professor in the Drexel University informatics program who researches the shortcomings of EHR software. He also tracks the literature on EHR risks and offers his interpretations on the Health Care Renewal blog, where he posts as InformaticsMD. Silverstein serves as an expert witness in cases involving malfunctioning EHRs or malpractice cases involving the reliability of evidence recorded in EHR systems.

Don't expect a simple answer to the question of whether digitization is making healthcare more or less safe, on balance. "People will say, it's got to be better than paper," Silverstein said, in an interview in advance of the radio show. The inherent superiority of digital data tracking winds up being more an article of faith than a solid argument, he said. After all, digital systems can also make mistakes on a much larger scale than mere humans. He points to a case in 2011 where a glitch in the digital prescription system used at Rhode Island's Lifespan health system caused thousands of patients to receive the wrong form of certain medications, simply because the system dropped a suffix for "long acting."

Health IT may be preventing errors, too. Ideally, a comprehensive digital health record would be indexed and searchable to prevent the sort of errors associated with not knowing a patient's medical history or allergies, with automated alerts to warn of undesirable drug interactions and otherwise prevent medical errors before they can happen. That's the future health IT advocates are working toward. 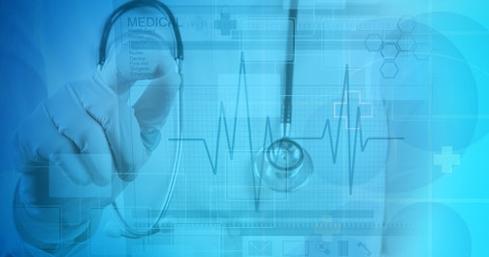 As an informaticist, Silverstein believes in the potential of health IT but adds, "I've been working really hard to promote the elimination of bad health IT from the marketplace." Meanwhile he takes issue with the categorically inflated claims about the benefits of EHRs, which are often treated as self-evident. In one recent post, he observed that federal health officials essentially had to eat their words when challenged to produce evidence. When the American Association for Physicians and Surgeons filed a Freedom of Information Act request for research supporting claims of the of the lifesaving importance of adopting EHR technology, the response that came back was this: "While our Office of E-Health Standards and Services works to implement the provisions of the [American Recovery and Reinvestment Act], we do not have any information that supports or refutes claims that a broader adoption of EHRs can save lives."

Safety unknown
One of the issues Silverstein highlights is that there is no systematic tracking of medical errors associated with EHR functionality or usability issues, making it hard to judge whether their net effect has been positive or negative. Yet there are troubling signs, in everything from academic studies to malpractice claims, that the risks of EHRs have been underestimated and the rush to implement these systems may be misguided, he said.

"Quite simply, not only doesn't anybody know if health IT proves safety, but the infrastructure for studying it is not in place," Silverstein said. "Meanwhile, health IT is creating many new types of errors that wouldn't have happened before."

Just this month, the Journal of the American Medical Informatics Association published a study examining the safety issues associated with EHRs. The authors studied data drawn from the Department of Veterans Affairs health system, which has been aggressively implementing its own VistA EHR for more than a decade, making it one of the most mature implementations of health IT. One of their conclusions was that, while EHR safety issues may get more attention when the technology is first introduced, they persist

If you missed attending our program live, the replay is available now:

One example points to of "bad health IT" is the recent Athens Regional Medical Center revolt by doctors who began resigning en masse, saying the new computer system being implemented there "endangers patients" (see Silverstein's blog). The issue was not ncecessarily the software program chosen but the lack of involvement of medical personnel in the selection, implementation, and rollout of the technology.

The doctors made sufficient noise over this that the CEO of the medical center subsequently resigned.

Near the end of the column, I quote Silverstein on the difference between business-oriented IT for hospital operations and health informatics. One of his themes is that health IT implementations are too often led by CIOs and project leaders with inadequate appreciation for informatics as a discipline. That's one of the points I plan to discuss with him as part of the online radio program.

In defense of hospital CIOs, I should mention that many I've spoken with are quick to acknowledge that they are not and cannot be the leaders on the clinical implementation of these systems and that their organizations' CMIOs, CNIOs, and other clinical leaders are important partners in a successful EHR implementation. But how often is that reality rather than rhetoric?
Reply  |  Post Message  |  Messages List  |  Start a Board

Legal restrictions on the reporting of EHR safety pitfalls are one of several gaps in the regulation of health IT Silverstein addresses in this post on the FDA's ruling that health IT represents a "sufficiently low risk" that it need not be regulated like a medical device. I'm sure he'll be quite happy to address why gag clauses in EHR vendor contracts are inappropriate.
Reply  |  Post Message  |  Messages List  |  Start a Board

Particularly in the larger, hospital implementations, I don't think you can say picking the right vendor is the end of the story. Even if the base software package is perfect (which it's probably not), there are dozens of issues with training, testing, adapting procedures, and so on that can either go right or wrong.
Reply  |  Post Message  |  Messages List  |  Start a Board
InformationWeek Is Getting an Upgrade!