I sometimes think of Josh Mandel as a young version of myself. He graduated from MIT, then went on to Tufts to earn an MD -- only to end up in computing! Currently he's on the research faculty at Harvard Medical School/Boston Children's Hospital, where he's the architect for SMART Platforms, an increasingly visible illustration of the path to interoperability suggested by the JASON report discussed in an earlier post.

This is the second in a series of interviews I have been conducting for my massive open online course on health informatics (see also my discussion with Grahame Grieve, creator of FHIR). For context, we started by talking about the relationship of his work to the promotion of electronic health records by the Office of the National Coordinator for Health IT (ONC), part of the US Department of Health and Human Services.

MB: SMART is a research product of the SHARP project funded by the ONC at your institution. Can you tell us more about SHARP?

Mandel: Back in 2010, the Office of the National Coordinator for Health IT sponsored the Strategic Healthcare IT Advanced Research Projects (SHARP) program that funded four projects to address key challenges in health informatics. The project on data security is at the University of Illinois, the project on secondary use of EHR data is at the Mayo Clinic, and the project on patient-centered cognitive support for physicians is at the University of Texas in Houston. Our grant aimed to build app platforms on top of EHRs, so that physicians, patients, and others can more easily interact with health data -- and to ensure that developers could more easily create and deploy apps. 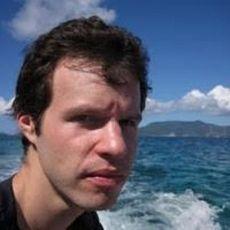 MB: Please tell us about the concept of app platforms for healthcare.

Mandel: Electronic health record software often comes in a one-size-fits-all package. For example, a hospital's EHR system might be able to draw a graph of lab results but might not be able to propose likely diagnoses or calculate risk scores. An app platform provides a way to plug in new functionality over time, in the form of "apps" that perform specific tasks.

We're all used to selecting whatever calendar or to-do list on our smart phone works best for us. The collection of apps we choose often comes from different software developers. The same could and should apply to healthcare -- so that, for example, a pediatrician can pick her favorite growth chart app from one vendor and a blood pressure management app from another vendor.

We also want to encourage developers to work on these platforms by building an open ecosystem that drives down the cost of developing apps. The SMART Platform (Substitutable Medical Apps, Reusable Technologies) uses a set of web standards for data access, authorization, user authentication, and user interface integration. We deployed an initial version of the platform in 2011 and have been iterating on the approach since then.

[The key to the future of health data: Keep it simple. Read Free The Health Data: Graham Grieve On FHIR.]

MB: At HIMSS 2014 you showed a new version -- called SMART on FHIR -- that created a lot of excitement. Can you tell us about that?

Mandel: Building on an open technology stack including FHIR (Fast Healthcare Interoperability Resources), OAuth2, and OpenID Connect, we got several EHRs to work with us on a set of prototype demonstrations. At the largest Health IT tradeshow, four vendors all showed the same set of SMART on FHIR apps running against their systems: Cerner with its PowerChart EHR, Hewlett Packard with its own version of VistA, Intermountain Healthcare with its HELP2 system, and Harris Corporation.

Moreover, these groups were able to integrate a set of apps quite rapidly (from two weeks to two months) using an emerging standard called FHIR. FHIR provides two key building blocks: a set of clinical data models for things such as medications, lab tests, allergies, problems, or demographics ("Resources"), and a REST API that lets you easily query for the specific data elements you're interested in. FHIR is really important to facilitate an app platform such as SMART and to make it more easily adaptable to the various EHRs and other systems out there.

MB: How can readers of this post see SMART on FHIR in action?

Mandel: It's easy. Anyone can go to fhir.smartplatforms.org, create an account, and play in our sandbox, a demo application using synthetic health data so it can be made public. It begins with a simple fake EMR that allows you to identify a patient and run a sample app. For example, the SMART Pediatric Growth Chart App (GrowthTastic!) for pediatricians and parents can fetch the data it needs from the EHR, and then it plots the development of children as a clinician is used to seeing it (Figure 1), and also in a novel way so that parents can easily see how their child is progressing without the need to get into the numbers (Figure 2). 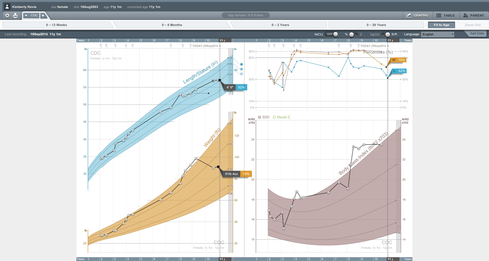 The same app presents the childs growth data in an easier to understand non-numeric way aimed at parents. This demonstrates the potential of app platforms to make health data available in the most useful way for a variety of consumers of that data.

MB: Thanks, Josh, for giving us this glimpse of the future -- and hopefully the near-term future -- of healthcare, as the data that's now so often locked up in EMRs is liberated to be used in new and innovative ways by patients, their families, and their healthcare providers.

Mark Braunstein is a professor in the College of Computing at Georgia Institute of Technology, where he teaches a graduate seminar and the first MOOC devoted to health informatics. He is the author of Contemporary Health Informatics (AHIMA Press, 2014) as well as Health ... View Full Bio
We welcome your comments on this topic on our social media channels, or [contact us directly] with questions about the site.
Comment  |
Email This  |
Print  |
RSS
More Insights
Webcasts
Cloud Security Threats Enterprises Need to Watch
Linking, Orchestrating, and Managing Your Enterprise Security Systems
More Webcasts
White PapersMore White Papers
ReportsMore Reports

I wished they would answer their phone at SMART, I get recording that this is number is not yet placed in service yet:)

I like the SMART platform and have written about it a few times, but for goodness sakes let's get past the growth charts...lol..they were a pain to build I admit years ago when I wrote my EMR and sure they are useful, but let's get beyond it:)

You can also go straigh JSON wiht Zoeticx for web apps too, "on the fly" if you will as there's no data base requried, an opn API for more apps beyond the inital 3 that are built along with the APIs for both Epic and Allscripts.  Allscripts has it on their store page.  There's also the generic java API.


There has to be an standards for FHIR I agree as EMRs need it for same data to adapt to an API.
Reply  |  Post Message  |  Messages List  |  Start a Board
Editors' Choice
Hot Topics