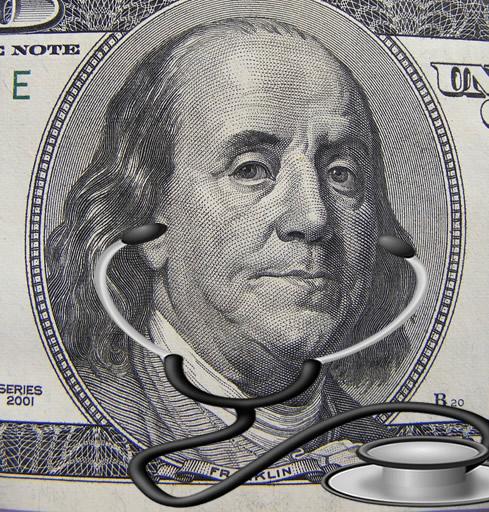 Veterans Affairs and Defense Department efforts to develop an interoperable electronic health record system are being jeopardized by program officials who fail to furnish accurate and verifiable financial information Congress requires to ensure the program stays on track, a congressional watchdog agency said this week.

A detailed investigation of the fiscal 2013 integrated Electronic Health Record (iEHR) expenditure plan found that program officials satisfied only one of six statutory conditions set forth by Congress, according to the GAO report. Program officials only partially satisfied the other five conditions, GAO said.

[Social business tools are showing up in some surprising places. Read Open And Social: New Path For Government Agencies.]

"The plan did not provide a meaningful representation of the iEHR approach as it has evolved over the last year," GAO said, adding, "The expenditure plan did not provide an accurate view of the cost of the work to be done, nor offer significant insight into the future path for building electronic health record interoperability between the departments." 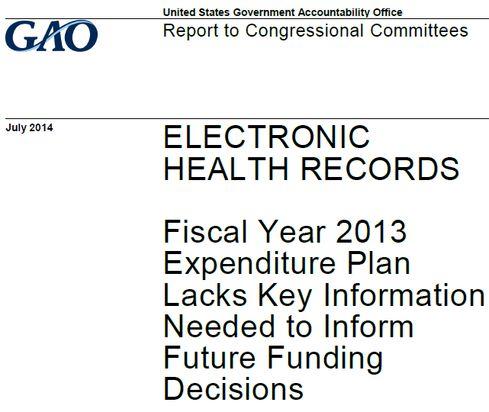 The plan satisfied entirely the condition to relay detailed cost-sharing business rules via the use of a memorandum of agreement between the two departments. The MOU essentially outlines cost-sharing provisions and principles within the VA/DOD Interagency Program Office.

But in the expenditure plan, the departments failed to fully satisfy statutory requirements to adjust the cost baseline to accurately reflect changes in the program's direction, failed to include a detailed deployment timeline, and failed to justify their spending estimates for iEHR, GAO said.

Furthermore, the departments did not include a schedule for achieving data standardization, nor did they explain how they would comply with acquisition rules that would apply to the effort.

The two departments initially embarked on a project in 2011 to jointly develop a single common electronic health record system that would replace their legacy systems. But the departments later revised their approach, deciding instead to modernize their existing systems in a way that made them interoperable. The new approach was adopted as a way to circumvent lengthy and costly development and reach interoperability faster.

Although the iEHR program has undergone two major revisions in the past three years, the budget baselines for fiscal 2013 and 2014 in the expenditure plans were not updated to reflect the current project scope, GAO said.

Program officials interviewed told the GAO that the focus of the work described in the plan they submitted was on near-term activities that were designated as having high priority in the wake of changes in the approach to the iEHR.

The GAO recommended that the departments take the necessary steps to ensure that future expenditure plans for the departments' electronic health record projects include verifiable and accurate budget, cost, and spending information.

In addition, such plans should include a deployment timeline synchronized with an integrated master schedule, a data standardization schedule and specific details on how the program will comply with federal acquisition rules, and systems acquisition management practices, GAO said.

William Welsh is a contributing writer to InformationWeek Government. He has covered the government IT market since 2000 for publications such as Washington Technology and Defense Systems. View Full Bio
We welcome your comments on this topic on our social media channels, or [contact us directly] with questions about the site.
Comment  |
Email This  |
Print  |
RSS
More Insights
Webcasts
Data Protection Strategies and Secrets - 12/10 @ 11am EST
Defense and Response Against Insider Threats & User Errors
More Webcasts
White Papers
5 Key Steps for Assessing Your Security Effectiveness
Practical Advice for Choosing Your First (or Next) SIEM
More White Papers
Reports
2021 Top Enterprise IT Trends
SANS Report: Measuring and Improving Cyber Defense Using the MITRE ATT&CK Framework
More Reports

I suggest the expectations of program be congruent with the job security of the individuals assigned the work to be performed and the risk of their dismissal for under performance. This assumes a lot about the supervisors and managers being able to detect K/S/A gaps and fill them with education, training and exercises to ensure the optimal level of competency, proficiency and mastery of human resources are dutifully scheduled to the work breakdown structure that isn't flawed. I believe Health IT endeavors of this scale and scope deserve a soccer field sized hall to literally display the as-is and to-be elements of the Health IT system so humans can walk it from end-to-end (e.g., data flow or control flow). Because there doesn't seem to be a Common Data Model (dictionary, ...) of human beings (11-wk old fetuses to 115-yo veterans) and the concomitant health care services (00s medical/dental/mentalsurgical specialities/disciplines, 000s devices, 10^5 drugs, ...), the task of integrating two or more different models will be arduous at best.

The smart approach is to pull out health care from the DoD and VA and establish an health / health care organization that finally treats human life longitudinally vice episodially (i.e., servicemembers' 4 - 40-yr career, dependent, veteran). A digital human model (DHM) would be instaniated at conception, personal digital health management would be habitual until death, and postmortem disposition would mark the end of one's human modeling, simulation and animation but become the basis for initializaiton and tuning of others. All of the superficial re-organization, re-alignment, etc. in the U.S. health care system would not jeopardize the self-care and health awareness of individuals. There is a significant health literarcy assumption behind this paradigm that I do not reveal here.
Reply  |  Post Message  |  Messages List  |  Start a Board

So what happens now? I wonder if the people responsible at these departments are held accountable for missing mandated deadlines and goals or whether their lack of compliance isn't held against them? You'd hope they'd be admonished and that something would befall them, career-wise, as it no doubt would in the private sector. At a time when so many healthcare organizations face severe penalties and funding decreases for missing deadlines, it's imperative that government holds its own healthcare organizations to high standards.
Reply  |  Post Message  |  Messages List  |  Start a Board
Editors' Choice
Hot Topics