Members of the Senate Appropriations Committee this week sought an investigation into whether taxpayer-supported software is preventing the free exchange of patient records between non-partnering healthcare organizations.

In the committee's response to the Department of Health and Human Services (HHS) fiscal year 2015 budget, the bipartisan group of senators pointed to so-called "information blocking," and detailed steps the Office of the National Coordinator for Health Information Technology (ONC) -- which oversees EHRs -- should take to ensure the free flow of patient data between healthcare organizations.

Emails to several members of the Senate Appropriations Committee did not receive replies by press time.

The difficulty of sharing patient information is a common sore point for many health professionals. Earlier this month, Mony Weschler, chief IT strategist at Montefiore Medical Center, implored healthcare software developers to open their APIs and standardize data sharing in an article he wrote for InformationWeek. In June, ONC unveiled a 10-year interoperability roadmap, building on a vision that National Coordinator for Health IT Karen DeSalvo began sharing soon after taking on the office's leadership role.

Recently, the Rand Corporation released the report "Redirecting Innovation in US Healthcare," which found that several technologies would reduce costs and improve outcomes -- if interoperability improved. Not only must interoperability become better, but Rand determined some vendors "proactively block" the sharing of clinical and administrative information. To comply with meaningful use, EHRs must integrate, something applications might accomplish through the main application or via an add-on. 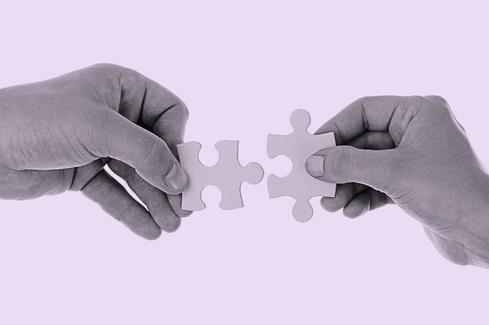 Vendor executives have pointed to their interoperability initiatives. Epic users exchanged 313,000 records with users of other systems in June 2014, Peter DeVault, director of interoperability at Epic, told Politico. Epic, which was criticized in the Rand report, saw tens of thousands of those data exchanges within federal agencies alone, he said.

"If you talk to our customers and [see] the ease in which they're able to set up connections with non-Epic sites, you'll find exactly the opposite, that we have a great reputation," DeVault said in the article.

Interoperability is too important to take at face value or to rely on patches, especially when so many healthcare professionals continue to clamor for improvements, said Jim Bialick, president of the Patient Safety Movement Foundation, in an interview.

"It is time that we took a close look at all of this; interoperability, at its core, is a patient safety issue. Interoperability is central to realizing the promise of health IT and that extends beyond sending records back-and-forth, point-to-point. Nobody seems to be

Everything you say is so true. Every healthcare CIO I speak to cites "finding and retaining top IT talent" as their No. 1 challenge. Every project is a priority -- until, like ICD-10, it isn't. The change to value-based pay, meaningful use, and everything else plus typical business issues (like the ones you describe so well, such as bad debt) make this an extremely challenging environment. That's why I hope vendors, payers, providers, etc., can work together more seamlessly (with or without government oversight, although it sounds as though it's missed the boat in terms of no oversight) on really improving EHR interoperability so that's one less thing for strapped HIT departments to deal with.
Reply  |  Post Message  |  Messages List  |  Start a Board

The high cost of self-pay insurance was one major reason I returned to corporate work after 10 years as a successful freelance writer and editor, so I know exactly what you mean @Gary-El. Three years ago, I spent about $600 per month to insure me and my daughter; it was good insurance, but didn't include maternity or anything related to that (fortunately, my husband and I didn't want any more kids) and no dental.

That said, interoperability between EHRs is one of the primary selling points of electronic records. Without this, EHRs -- while still an improvement over paper records -- are simply digital versions of last decade's folders. As my story said, patients believe records are complete and transferable so mistakes will (and do) happen, resulting in injury/sickness/death. The fault for those negative results falls on someone other than the patient. IF there is wilful prevention (and that's a big "IF"), then it has to end. Now. If it's simply an overly complex problem, then it must be simplified. Fast.
Reply  |  Post Message  |  Messages List  |  Start a Board

Some of these issues do seem to be more political than having anything to do with vendors. It's always easy to take a potshot at EHR developers, but I agree with you and Mansur who was quick to point out that HIXs -- and states' differing acceptance/adoption and rate of successful rollout -- have a lot to do with providers' ability to read disparate systems/providers' records. I don't know which states might be worse at HIX than others or whether any are 'proactively blocking' integration efforts but this would have to be part of any investigation into EHRs.
Reply  |  Post Message  |  Messages List  |  Start a Board

I gather EHR interoperability has improved a lot but, compared with other industries, healthcare is severely lacking -- and that is what lawmakers in this committee appear to be frustrated and angered by, especially as taxpayer money has paid for so much of this investment. As one of those taxpayers, I'm glad it's getting scrutiny.

It's unsurprising to me: We've seen this before in other industries where vendors and/or participants were slow to work with competitors on sharing information. Once end-customers (patients) grew louder in their complaints and some customers (providers) got upset, steps were made but they weren't fast or deep enough, compared with other industries. When an industry doesn't take enough steps, fast enough, voluntarily, government usually steps in with a big stick. If you look back, pundits have warned of this eventuality for years. And here it is, apparently.
Reply  |  Post Message  |  Messages List  |  Start a Board
InformationWeek Is Getting an Upgrade!