When Charles "Chuck" Hull created the first 3D printer in 1983, he had no idea next-generation devices would one day print prostheses.

When Charles "Chuck" Hull created the first 3D printer in 1983, he never envisioned a time when these devices would generate hearts, ears, or blood.

"I had a faint inkling that it had more power than I initially thought," Hull told InformationWeek. "It's expanded beyond what I could possibly have predicted."

Since receiving a patent for what he first dubbed "sterolithography" in 1986, 3D printing has become an industry in its own right: Organizations create everything from prostheses to guns via a wide array of printers and "inks." Because of his vision and long-ranging impact, in May Hull was nominated for the European Inventor Award, along with fellow Americans Cary Queen and Harold Selick, who invented humanized monoclonal antibodies for drugs, and Japanese inventors Mashahiro Hara, Takayuki Nagaya, Motoaki Watabe, and Tadao Nojiri, who developed the QR code. The ceremony will occur on June 17 in Berlin.

Although Hull, an electrical engineer by training, initially licensed his groundbreaking technology to employer Ultraviolet Products, when UVP could not afford to invest in a spinoff Hull licensed the product from UVP and founded 3D Systems. Today, 3D Systems focuses primarily on speeding up the printing speed for manufacturers, said Hull, and enhancing the software associated with 3D printers.

Healthcare is a growing area of 3D Systems' business, Hull said. The technology has transformed dentistry in particular, by allowing dental labs to automate many formerly manual processes. But 3D printing increasingly affects other areas of healthcare, including -- but certainly not limited to -- prostheses.

Healthcare will spend $4 billion on 3D printing by 2018, according to Visiongain. These printers could reshape healthcare by reducing surgery risks, personalizing and customizing parts, and giving new hope to patients unassisted by traditional medicine. 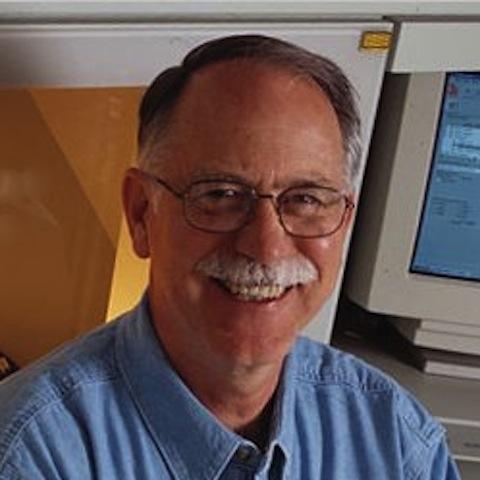 This is just amazing to me, the benefits that can bring. Healthcare has been one of our fastest-growing areas. I think the first one that impacted me was surgical planning, where maybe you do a CAT scan or MRI, and then use that data to construct a detailed model of the patient and whatever affliction there is, then the surgical team uses that to put in the surgery, so the surgery is not on the patient -- it's on models. The first one that struck me was on conjoined twins. That's a very successful surgery now, with detailed planning. There are people walking around today who were born as conjoined twins, but now have normal lives. That impressed me. It showed me the potential of some of the medical applications.

As 3D Systems, its partners, and competitors develop new materials, Hull predicts that medical professionals and researchers will create even more healthcare applications for 3D printers. Today the company also is involved in "food printing," Hull said, a capability that could reduce malnutrition in certain regions.

Price drops and access to less expensive materials are also encouraging more consumers to buy 3D printers, Hull said. However, he is hesitant to predict whether these devices will change today's manufacturing and logistics models.

"I certainly see more and more 3D printers in the home. Whether that displaces traditional manufacturing, I think that's a futuristic thought. I'm never much of a futurist," he said. "Certainly, there are no barriers in the future. A lot of manufacturing could be moved locally or even to the home, but to me that's quite a ways in the future."

Alison Diana is an experienced technology, business and broadband editor and reporter. She has covered topics from artificial intelligence and smart homes to satellites and fiber optic cable, diversity and bullying in the workplace to measuring ROI and customer experience. An ... View Full Bio
We welcome your comments on this topic on our social media channels, or [contact us directly] with questions about the site.
Comment  |
Email This  |
Print  |
RSS
More Insights
Webcasts
People Are The Most Important Part of Autonomous SOC
Nip Ransomware in the FUD: Detecting Attacks Pre-Encryption
More Webcasts
White Papers
Insider Risk Management: A Better Way to Prevent Data Leaks
MontanaPBS Shifts to Agile Broadcasting with Help from Raritan KVM Solutions
More White Papers
Reports
Accelerate Threat Resolutions with DNS
The Malware Threat Landscape
More Reports

3D printing isn't that useful for consumers, but it's well-suited for healthcare where individuals may need custom prosthetics on short notice and at an affordable price.
Reply  |  Post Message  |  Messages List  |  Start a Board

I agree, Thomas. Chuck said he does a lot in manufacturing, but his company does now have an exec responsible for selling to and supporting healthcare customers, given the opportunity in this market. Each time i interview someone involved with 3D printing in healthcare, read an article or see a video in that space, I am absolutely amazed. It's not hard to believe Chuck never foresaw this day coming; you'd really have to be some amazing sort of visionary to foretell the strides medicine and engineering have made with 3D printing in such a relatively short time!
Reply  |  Post Message  |  Messages List  |  Start a Board

Did you happen to ask if he was amazed by this art history / weird medicine application?

Unfortunately, I interviewed Chuck before this story hit the headlines or I certainly would have asked him about this weirdly fascinating use of 3D tech. Guess my imagination didn't extend as far as the people who used the tech for Van Gogh's ear; it's not something that even crossed my mind to cover. Next time...

Thanks for sharing the Colbert clip. What a great way to start the day!
Reply  |  Post Message  |  Messages List  |  Start a Board

I saw one of these amazing machines at, of all places, the Microsoft Store in Boston. It's one think to talk about it, it's entirely another to see a 3-dimensional object just seem to appear - seemingly out of nowhere.


This article talks about how NASA plans to send one of these devices up to the International Space Station.

It will cut down on needed inventory, because if you need a replacement part, well, you'll just be able to print it! If a part breaks, it can just be returned to "ink" and printed out again as the same part, or, if the specs are available, a new and better one.
Reply  |  Post Message  |  Messages List  |  Start a Board

I am sure the growth in this field will be exponential once the market feels the fever. The possibilities are endless! I have read somewhere that there are 'fabs' that can 'print' to your orders -it is a big leap in faster protyping challenge. It will become a household name in decades.
Reply  |  Post Message  |  Messages List  |  Start a Board

Manufacturing has already been changed by 3D printing. It's cut the costs of prototyping by a huge percentage, from what I've read. And as Chuck said, dentistry is now dominated by this technology: Things like molds, dentures, the invisible braces are all created using 3D printers. This helps keep costs down and speeds up the entire process, making patients happy (and smiles straight!).

When I asked Chuck about whether he foresaw consumers printing products at home, he was less bullish on that. Now, many of his company's customers are manufacturers! And while many people do like the Ikea-style of furniture today (build your own from kits), there are many others who prefer to walk into a furniture store or shop online, then have a company deliver and set up their new sofa, dining room, or bedroom set for them. That trend could well continue, even if consumers have the ability to print their own Name-Your-Product. That said, people might choose to print their own shoes but still prefer to buy a more complicated product already assembled.

Personally, I think we'll see a mix of models that heavily depends on the product, its complexity, and the level of support people expect/want from vendors. There are many products consumers buy today and don't want any support or interaction with the manufacturer. These could well be the types of products well-suited for early forays into 3D printing from home, imho.
Reply  |  Post Message  |  Messages List  |  Start a Board

Fascinating that you saw this at Microsoft. I've seen 3D printing at a trade show, and it's really incredible. As you say, @Gary, talking or writing about it is one thing: Actually seeing something real, three-dimensional and solid, appear from basically nothing, is absolutely amazing. It was one reason I wanted to interview Chuck. He came at this from an engineering perspective, looking at it to resolve a manufacturing need, and we now see some of the very early results in healthcare alone. Mind-blowing.

NASA is an apparent customer for 3D printing: The components take up much less space than the actual objects, and astronauts can print whatever they need, rather than transport a bunch of items they may or may not actually require. I believe the armed forces is another customer; think about other divisions that have limited space, such as submarines or ships. Again, space limitations and distance from the nearest port make carrying a 3D printer and related supplies make a lot more sense than toting around the items themselves, just in case.

As prices drop, as "inks" become even more diverse and the printers themselves get more sophisticated, we'll see even more amazing results.
Reply  |  Post Message  |  Messages List  |  Start a Board

3D Systems possesses a real advantage in the area of healthcare applications due to their variety of fabrication technologies they now control. Laser sintering, stereolithography, and even binder jetting and material jetting are all playing roles in various "healthcare" applications - although Stratasys seems to have the greater share of the dental applications market with PolyJet and their "digital dentistry" initiatives.
Reply  |  Post Message  |  Messages List  |  Start a Board

It makes sense that we're going to see more specialization occur as 3D developers and manufacturers recognize they cannot be all things to all players across the vast, growing 3D market. In addition to consolidation as the industry matures, we'll no doubt see businesses decide whether they want to create their own internal 3D businesses, outsource, or come up with some sort of hybrid model -- as we've seen with apps and other things (3D as a service?!). I'd guess manufacturing and/or healthcare will be first and second.
Reply  |  Post Message  |  Messages List  |  Start a Board
Editors' Choice
Hot Topics