As venture capital flows into healthcare startups, look at some new companies that should be on your radar. 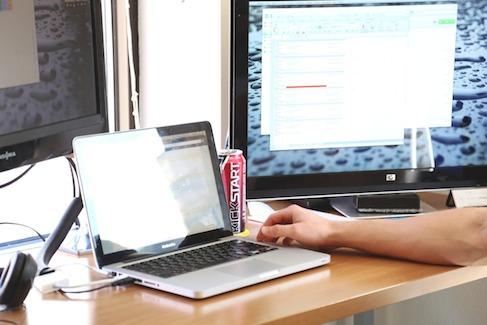 Investors poured billions of dollars into health technology startups in 2014, fueling companies that plan to reshape everything from clinical trials to analytics to payment processes.

"There was over $400 million dollars of VC financing for mobile health in just the first quarter of the year," BridgeCrest CEO Nathan Klarer told InformationWeek.

All this healthcare money comes from multiple sources. Venture capital firms that invest in at least 10 healthcare companies and reap 50% or more of their deals in this vertical include OrbiMed Advisors, Alta Partners, Versant Ventures, SV Life Sciences, and VenBIO, while other VCs with broader investments continue to fuel medical-oriented technology firms. Healthcare organizations -- such as GE, Blue Cross/Blue Shield of Florida, and CVS -- are investing in startups, while mainstream technology businesses like Google and Apple are funneling money into young healthcare companies. Even regions are getting into the act, setting up investment hubs that spotlight healthcare startups in cities including Philadelphia, Boston, and Manhattan.

In December, McKesson launched McKesson Ventures "to invest in early- and growth-stage companies addressing both current and emerging business challenges facing the healthcare industry," the company said. Healthcare and life sciences captured more than one-third of Google Ventures' monies in 2014, compared with only 9% each in the past prior years, the Wall Street Journal reported.

The federal government is encouraging entrepreneurs to leverage its investment in new discoveries and devices. The Neuro Startup Challenge, sponsored by Heritage Provider Network and orchestrated by the Center for Advancing Innovation, encourages university scholars, private industry, entrepreneurs, and others to commercialize neuroscience inventions, said Bryan Sivak, chief technology officer at the US Department of Health and Human Services in an interview. Last year, the challenge focused on breast cancer.

"We believe this proven challenge framework creates a new pillar for HHS to impact human health by launching startups from promising HHS conceived and developed inventions," he said. "The challenge uses a novel model that gets tangible, expeditious, and efficient results; we hope to see this approach institutionalized across all federal labs."

Within one year the challenge has grown, Rosemarie Truman, founder and CEO of the Center for Advancing Aging, told InformationWeek. This year, 560 individuals competed in about 70 to 77 teams, compared with 476 in 2013, she noted, and of those, 70% focus on STEM while the remainder are serial entrepreneurs. The challenge includes creating an elevator speech and two-minute video, plus executive summary and crowdsourced feedback. Later stages -- which include fewer participants -- create a business plan and actually enter the startup phase, including finding funding and getting a National Institute of Health license.

Startup energies
Medical devices and equipment capture the biggest share of one group of investors' fortunes, reaping more than one-third of funds from CB Insights' Investor Mosaic's 2014 ranking of top 20 healthcare venture capital firms. These products received about $4 billion across 270 transactions. Biotechnology and drug development each garnered 20% of the money, while pharmaceuticals and drugs collected one-tenth of the venture capital.

This money is critical to deliver on their dreams, but many startup entrepreneurs envision changing the world through their technologies. "I participated in a few clinical trials myself and saw how they are currently conducted, even in the heart of Silicon Valley. There are still a lot of manual processes and heavy usage of paper, a lot of which results in the huge amount of time [15 years] and money [$1.8 billion] that's currently needed to take a drug to market," Avik Pal, founder and president of CliniOps, told InformationWeek.

Founding members of the 14-month-old firm, which wants to transform clinical trials, raised about $100,000, Pal said. "The clinical trial industry is at the point of inflection, and cutting-edge technology innovation leveraging social, mobile, analytics, and cloud can bring a paradigm shift in how the operations would be carried out. At CliniOps, we want to lead the transformation."

For its part, BridgeCrest saw the advent of wearables -- from traditional fitness bands to tattoos and emerging products -- and focused on capturing data from these devices for its infectious disease analytics solution, initially targeting Ebola. Likewise, startup Nanobiosym's Gene-Radar diagnostic technology can test for any disease -- such as Ebola, HIV/AIDS, or cancer -- via an iPad-size device, without requiring running water, a trained staff, or electricity.

Other startups focus on the complexities of healthcare billing and invoicing, trying to reduce the errors and complexities associated with today's processes. Some tackle problems created by the system's growing reliance on electronic health records -- clinicians' decreased productivity, the flood of data, and patient frustrations, for example -- while others target patient compliance, population health, or improving overall wellness.

We've collected some of the helathcare startups worth watching. Who else would you include?


It's a great list. I think the potential is tremendous for technology to attack contagious diseases and help those with chronic illnesses reduce crises. These companies all have interesting solutions that touch on these areas, I hope they are successful in their efforts for all our health! The challenge will be integrating all this technology into the existing infrastructures to become most effective and efficient.

The smart pill bottle strikes me as the most focused and useful of the products in this batch.
Reply  |  Post Message  |  Messages List  |  Start a Board
InformationWeek Is Getting an Upgrade!