Crowdfunding The Next Healthcare Hit - InformationWeek

Crowdfunding adds a new route for small entrepreneurs to raise money to develop healthcare inventions and bring them to market. Here are 10 promising products looking to raise money. 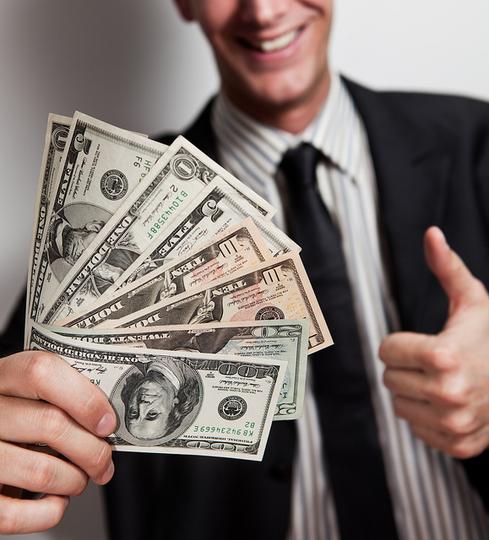 While venture capitalists eye the next healthcare moneymaker, and healthcare startups rush to release new apps and services, another sector is finding a way to bring products to market. Individual entrepreneurs and small developers are flocking to crowdfunding sites to subsidize their new healthcare technologies.

These entrepreneurial doctors, technically savvy nurses, and healthcare-oriented coders want to enter a market expected to generate almost $57 billion by 2017. Crowdfunding sites offer access to money, mindshare, and an immediate barometer of marketability. It's little surprise then that crowdfunding -- which last year alone raised more than $5 billion -- attracts apps, devices, and more designed for healthcare.

In the past, inventors used personal funds, credit cards, and friends to finance their technology dreams. Today, they can mix approaches. "So far, the project has been funded by working extra shifts," said Dr. Charles Rocamboli, founder of startup CureCrowd, in an interview. "We've recently started crowdfunding on Indiegogo, which we think will help twofold. It helps get the word out about the site, and helps us raise money for ongoing development."

"Being a public resource, we hope that crowdfunding and donations will help us as we continue to develop," he added.

If a mere 1% of all the United States' long-term investments transferred to crowdfunding, it would account for $300 billion, Forbes reported. That's 10 times more than all the money venture capitalists poured into deals in 2011, the publication wrote.

Crowdfunders -- the individuals pitching in to support the ventures -- often feel a connection to their investments: Consider the resentment some Kickstarter backers of Oculus voiced when Facebook acquired the virtual reality firm in March. Feelings became so heated that some Oculus employees reported receiving death threats.

But usually, crowdfunding recipients just have to worry about getting funded, and paying a nominal charge to the site. Sites typically charge a fee, such as 4% of the fund, in addition to any credit card or PayPal charge. Crowdfunding sites including Kickstarter, Indiegogo, Appbackr, RocketHub, FunderHut, and GoFundMe each have their own rules.

Some crowdfunding sites, including MedStartr and HealthTechHatch (in partnership with Indiegogo), focus exclusively on healthcare. MedStartr's average successful project raises more than $13,000 immediately and $405,000-plus in the following six months, the company said. Indiegogo doesn't share project data publicly, but written reports suggest about 9.3% of the 142,301 projects completed by August 2013 raised 100% of funds or more. (Indiegogo participants may keep donations, even if a project doesn't get fully funded, if they use the flexible funding option.)

Crowdfunding has become so popular that choosing a site or finding a project to support has become complex. CrowdFunding4All -- aka CF4All -- includes projects from multiple platforms. Registered users amass "CrowdCredits" through various actions, then spend them to endorse projects.

Entrepreneurs can tap the crowd's power for more than money and social support. This is hardly a new concept: Since 1964, SCORE mentors have provided free business planning, mentoring, and other advice to more than 10 million small and midsize businesses (SMBs).

CrowdIt last month added a "Suits" portal for networking, mentorship, and other business services. Accredited professionals, such as attorneys and accountants, create LinkedIn-like profiles to attract entrepreneurs, the company said. Lack of funding is only one reason businesses fail. Other causes include incompetence (46%); lack of experience (30%); insufficient services knowledge (11%); and neglect, fraud, or disaster (1%), CrowdIt says. Some businesses fail because of a poor product or unwanted service, and crowdfunding doesn't make a dumb business idea any better.

We've picked 10 crowdfunded healthcare products we think look like winners. Click through our slideshow to see if you agree and tell us which ones impress you the most in the Comments section below. Would your company consider buying any of these products or services if they come to market?

It is going to be more challenging for entrepreneurs to raise funds via crowdfunding as these sites become, well, more crowded. I think it's interesting we're already seeing specialists -- Medstartr and the Indiegogo-backed healthcare-oriented site. And I'd imagine we'll see more, related to healthcare and other verticals.
Reply  |  Post Message  |  Messages List  |  Start a Board

@Alex: Medstartr has some fascinating crowdfunding projects, but I wonder about raising funds to develop new medicines. How does that work, given the scrutiny and (I'd imagine) additional rules regarding medication vs. trips or health-monitoring devices, etc.?
Reply  |  Post Message  |  Messages List  |  Start a Board

Interesting to hear about the additional areas Rufus Cuff is looking to target. It sounds smart: Many technologies suitable for healthcare should adapt to other verticals where professionals need hands-free access to data input and analytics. Good luck!
Reply  |  Post Message  |  Messages List  |  Start a Board

I completely agree, Laurie. Too many crowdfunded products appear to be next-generation fitness bands but we're only at the beginning of the app revolution, of medical devices, of home health, and who knows what else! Now ordinary entrepreneurs have the chance to more easily finance their innovation, there's no excuse to let that dream fester.
Reply  |  Post Message  |  Messages List  |  Start a Board

There are so many ideas we need in addition to Fitbit-genre devices. I hope the industry doesn't get obsessed with fitness bands when there are other medical device areas where patients would love for costs to be driven down.
Reply  |  Post Message  |  Messages List  |  Start a Board

Yes, the person or group behind a crowdfunded healthcare tech needs to really explain and show what their product can do for healthcare or a segment of healthcare in a way that sparks excitement and hope from would-be investors, yet also demonstrates why this group of people can make it happen. Because when you crowdfund, you're really investing in someone else's dream! Many healthcare ideas I've seen have been some variation on Fitbit et al, which is okay but there has to be more than that out there! What I love about the whole crowdfunding concept is that anyone, with a great idea and a willingness to invest time on marketing as well as inventing, can at least try to get startup funds nowadays. It's not as seemingly impossible as it once was, if you're a doctor, nurse, or administrator with a great idea to actually become a successful developer, too.
Reply  |  Post Message  |  Messages List  |  Start a Board

We've seen several Kickstarter success stories; I mentioned the most recent one in the story, of course. One thing I've often wondered about is whether any CIOs or IT professionals have ever found the technical solution they've been seeking via a crowdfunding site? Did your organization need X, Y, or Z and, boom, there it was, seeking money on Kickstarter, Indiegogo, or a similar site? If so, did you invest? Did the product come to market and did it work out for you? If that's ever happened to you or a colleague, please share your success (or disappointment if the product or company failed).
Reply  |  Post Message  |  Messages List  |  Start a Board

Yes and no. Most of the health-related technologies I found on crowdfunding sites did target patients/ consumers. But, having covered crowdfunding in the past, I was surprised at the success of some of the nuts and bolts technologies, the relatively unsexy pieces, that sparked investors' interest. These techs -- things like routers or coding tools -- aren't necessarily limited only to healthcare, which could be one reason I didn't find or include them in this particular round-up.

Crowdfunding is a way doctors, nurses, administrators, and other members of the healthcare world may find money to support their idea. The most challenging part is getting out the word and separating their idea from all the others out there. That's where social networking, marketing savvy, and dedication come in; of course, having a great idea is vital!
Reply  |  Post Message  |  Messages List  |  Start a Board

Seems like crowdfunding is most likely to succeed with products targeted for a consumer audience, as opposed for more technical/specialized products for the hospital. Arguably, getting consumers more engaged in managing their own health is the real frontier today, so this channel of funding could benefit the overall quality of care.
Reply  |  Post Message  |  Messages List  |  Start a Board
InformationWeek Is Getting an Upgrade!