Who Will Be The Netflix Of Healthcare? - InformationWeek

0%
Tweet
Healthcare disruption is real, the MediFuture event showed. How you react determines whether it's a threat or an opportunity.

Technological and structural changes pose an existential threat to healthcare incumbents but also a potentially rich opportunity for those who pivot fast enough to take advantage of them.

In other industries that have undergone disruptive change, the incumbents have often decided -- very belatedly -- to partner with the insurgents rather than dismissing them, according to Adrian Slywotzky, a "partner emeritus" with the international consulting firm Oliver Wyman and author of books including The Profit Zone and Demand.

"Almost without exception, that collaboration starts 10 years too late," he said in a keynote presentation at the MediFuture conference last week in Tampa, Fla. The healthcare industry "has not had a history of innovation because it didn't need to," he added. "That will change in the next two to three years.

Wearable fitness trackers, connected health monitors, and cloud analytics could make the healthcare industry of the near future far more geared toward helping individuals maintain health rather than treat sickness, Slywotzky said. "The objective is not just to keep you out of the hospital. It's to give you 10 to 20 years, not just of life, but good life." 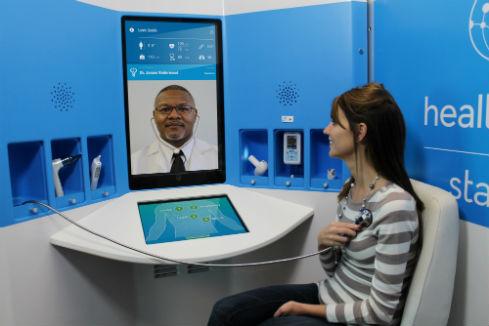 That happy result might not be so happy for healthcare industry incumbents, however, if the profits of this revolution are enjoyed mostly by the likes of Google and Apple. Hospitals, physician practices, and health insurers that fail to innovate ahead of the curve could find themselves no better off than newspaper publishers or the captains of other industries wrecked on the shore of technological change. Firms in industries like newspapers and airlines have found themselves competing in "no-profit zones" where the competition is so fierce virtually no one makes any money. In healthcare, technological innovators could siphon off the most profitable business and build the strongest direct relationships with consumers, leaving traditional healthcare organizations to compete on a commodity basis.

The instinct of incumbents is usually to protect their traditional way of doing business, in a reactive or defensive mode. Those who survive and thrive in a new era are those who play "30% defense, 70% offense," he said, meaning healthcare organizations need to get much more aggressive about capitalizing on the opportunities of new technologies.

The conference was organized by Oliver Wyman with participation from many of its most innovative healthcare, health insurance, and health technology clients. I was there to moderate a panel featuring a partnership between Humana and a startup called The Activity Exchange that seeks to integrate feeds from health monitoring gadgets and Web services, making them more useful for promoting health and driving down medical costs. Neither is an Oliver Wyman client, but the firm's leaders found what they were doing interesting (and I agree). I'll have more to say about them in a separate story.

It's taken me a few days to write up what I learned at the event because there was so much. One thing I found interesting was that the stories I heard had much less of a focus on electronic health records systems and the like than I've encountered at conferences like HIMSS. The disruption forecasted at MediFuture runs much deeper than the shift from paper medical records to EHRs.

The businesses that exploit technology most effectively use it not just to streamline backend processes, Slywotzky said, but to unravel what he calls "hassle maps" -- some set of annoyances and obstacles that, when eliminated, make people happy, productive, and loyal to the firm that solved that problem. The best of them are "magnetic," meaning they combine the best functional experience with the strongest emotional connection, he said.

When Slywotzky asked if there were any hassles in healthcare or health insurance that we all might want to do away with, the reaction from the audience was nervous laughter.

Technology firms are responding to consumers who can't get answers or services from the current system. They will seek to establish a direct relationship with the healthcare consumer, which could wind up being stronger than the link between patient and doctor, he said.

Meanwhile, retailers like the pharmacies establishing clinics in their stores are looking for growth opportunities. Retailers also "love high costs," Slywotzky said, because they have so much experience driving them down.

Healthcare incumbents need to be concerned because "this is not a level playing field," said Tom Main, partner and US market leader for Oliver Wyman's Health and Life Sciences practice. Traditionally, a hospital's pace of innovation might include the construction of a new operating theater once a decade. Tech firms operate at the pace of 25 product releases in a year, he said.

The conference was organized to showcase some of the most innovative partnerships in healthcare and health technology -- and to inspire more of them, Main said.

Some of those partnerships:

HealthSpot CEO Steve Cashman said his service need not be a threat to doctors and can allow those who work with him to make more money providing remote checkups without the overhead of an office-based practice. Other than driving down costs, the main thing he wants to bring to healthcare is convenience, he said. "You want it to be like OpenTable, right?" In this vision of healthcare, scheduling a remote appointment is easy and convenient, while a doctor sees a patient in person only if the nature of the visit requires him to touch that patient -- perform some sort of exam that's not possible to do remotely.

Change doesn't have to be threatening to those organizations clever enough to pivot quickly, Main said. "We can turn this from a risk into a growth market."

@David It may not be worth it to them, as HIPPA compliance is a major headache that likely requires a team of specially trained lawyers.
Reply  |  Post Message  |  Messages List  |  Start a Board

There is so much stuff out there about sensors and apps to plan your meals and so-on. Obviously EHRs hold hospital and clinic data about the patient - but there is a real lack in patient facing apps which hold the medical data about a patient - and the patient's family. This is the sort of data that would really benefit so many of these apps looking for this partner or that partner. ZibdyHealth is just such an app, holding a patient's medications list, conditions, vitals and so on. Patients would benefit hugely by having this app as their central repositry for their personal medical health info, and being able to integrate with the various sensor etc. apps put there.
Reply  |  Post Message  |  Messages List  |  Start a Board

I love this line: "When Slywotzky asked if there were any hassles in healthcare or health insurance that we all might want to do away with, the reaction from the audience was nervous laughter."

I'd be nervous too if Wal-Mart and Google were both gunning for my business model.
Reply  |  Post Message  |  Messages List  |  Start a Board

Well, part of the point of the conference was that these gadgets and apps are worth more if aggregated together and that tech firms ought to be partnering with each other and with healthcare firms to assemble them into a greater whole. From a technologist's perspective, the danger is that this results in a horde of one-off interfaces and proprietary APIs. So standards will need to emerge, whether de facto or formal.

I mentioned The Activity Exchange as one firm tying together healthcare data from multiple sources, and bigger players are targeting this, too.

WebMD, which has an established brand as a portal for consumer health info, wants to make a play here by also being a repository for aggregated health inf. Of course, that means they will have to wade deeper into the territory of managing personal health info and complying with HIPAA etc, which they haven't had to deal with before now.
Reply  |  Post Message  |  Messages List  |  Start a Board

I don't think it will be quite the same thing for health care as it was or will be for most other industries. No one is a bigger fan of EHR than I am. I recently made a visit to the ER, and I was happy to find out the next day that my primary had the information at his fingertips, and that not only was I scheduled for a quick trip to a specialist, but that office, too, had the relevant info at hand. That's progress. That's great.

These health monitors that you mention will be of limited efficacy. Most of the people I know who refuse to manage their diabetes or simply will not diet or exercise will not suddenly modify their behavior because of electronic warnings. I'm told by health care providers that the monitors that exist so far are still too inaccurate and unreliable to be of much use anyway, but of course, it's a lot easier to improve electronic devices than it is to improve human behavior.

What we have now is a repeat of the "islands of automation" syndrome of the 1980's. In the present case, hospital A has a great EHR system and so does hospital B. The problem is that they don't communicate at all with each other. Resolving that is the real issue.
Reply  |  Post Message  |  Messages List  |  Start a Board
Editors' Choice
Hot Topics