As government and industry groups debate the best way to oversee healthcare apps, some questionable software hits the market. 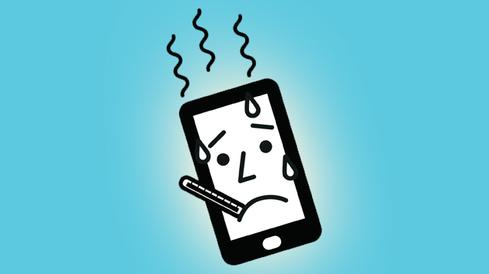 Before even more mobile health products flood the market and formats expand into currently unimagined designs, it's imperative for the government to improve how it oversees and regulates healthcare apps and devices, a growing number of industry experts say.

Without a new approach, consumers risk aggravated conditions or even death due to poorly designed, fraudulent, or dangerous technologies, these critics say. Healthcare providers, too, find it increasingly difficult to discern valid from invalid apps, making it tougher to recommend mHealth apps to motivated patients. The market for mHealth apps, expected to reach $26 billion by 2017, needs more oversight -- even as proponents worry about constrictive bureaucracy that strangles innovation and investment.

Some apps disappear naturally, while others were pulled after government intervention. Yet users can still buy apps claiming to "cure" chronic pain, tinnitus, or phobias. Certain apps that claimed to analyze urine or read EKGs are no longer available.

Yet if a developer removes an app from an online store, users can still use the poorly designed or faulty software if they already own it, say Benjamin Jelle Visser and Johnathan Bourman on Medscape. Nor is there always a simple way for consumers to discover any conflict of interest an app developer might have, they said. Privacy concerns abound, and some apps may collect personal health information insecurely. Of the more than 43,000 mHealth apps available on iTunes in mid-2013, most do little more than provide information, with only 16,275 directly related to health and treatment, according to IMS Institute for Healthcare Informatics, in "Patient Apps for Improved Healthcare."

To improve adoption, IMS recommends: "There must be recognition of the role apps can play in healthcare by payers and providers, as well as regulators and policymakers; security and privacy guidelines and assurances established among providers, patients and app developers; a systematic evaluation of apps to inform their appropriate use; and the effective integration of apps with other aspects of patient care."

Today, the Food and Drug Administration (FDA) ensures medical devices are safe and perform as advertised. In April, a federal advisory panel published the "FDASIA Health IT Report," which reported the FDA cleared approximately 100 mHealth apps -- including remote blood pressure, heart rhythm, and patient monitors, plus phone-based ultrasounds, electrocardiographic, and glucose devices. The Office of the National Coordinator for Health Information Technology (ONC), which historically focused on electronic health records, is authorized to certify other forms of healthcare technology. In addition, the Federal Communications Commission, which often works closely with the FDA, has jurisdiction over equipment that uses radio frequencies.

Industry advocates contend too much oversight will stunt the innovation needed for app development. They worry layers of bureaucracy, red tape, or lack of technology understanding will generate unnecessary reviews for even the most mundane upgrade. On average, it takes more than five months for the FDA to clear a 501(k) medical device application, according to Emergo Group's review, based on FDA applications between 2006 and 2013. In both 2012 and 2013, it took an average of 166 days, the survey of more than 24,000 submissions found.

Time is only one consideration -- especially when consumers' health could be at risk, said a recent article in the New England Journal of Medicine (subscription required). More FDA oversight will help protect the public health, increase consumer confidence, and encourage even more innovations, wrote Nathan Cortez, an associate professor of law at Southern Methodist University Dedman School of Law, in NEJM. While the FDASIA report includes a small FDA role, Cortez and his peers recommend a "robust FDA."

Although the department would require more resources, the government could expand the FDA's role to include the existing gray area of mHealth apps: programs that qualify as devices but are believed to pose less risk because they track attacks, check symptoms, or involve behavior modification for patients with psychiatric conditions, the Journal article said.

Some devices, which now fall under the discretionary category of exempt products, according to FDA guidelines, could create consumer confusion or a false sense of comfort (or worry). Some apps the FDA approved are considered "substantially equivalent" to earlier devices; at times, an earlier device may refer to something developed before apps became available, Cortez wrote.

The FDA is acting appropriately to safeguard consumers and provide users with plenty of new options, Jeffrey Shuren, director of the FDA's Center for Devices and Radiological Health told The Hill.

"We have worked hard to strike the right balance, reviewing only the mobile apps that have the potential to harm consumers if they do not function properly," he said. "Our mobile medical app policy provides app developers with the clarity needed to support the continued development of these important products."

Complementary options include sites featuring independent reviews by medical professionals or healthcare organizations' use of enterprise app stores that include only tested and validated apps. It's unlikely many of the following apps will appear in those stores. Click the first slide to find out more.

I don't know the answer to that valid question, although you'd imagine iOS has less questionable apps because of the closed system and vetting process. That said, some of the apps included here are available on iOS. And Apple's not got a totally clean record in its past ability to vet apps.
Reply  |  Post Message  |  Messages List  |  Start a Board

And who knows what the no longer operating app developer did/does with users' data, either? I mean, if you're downloading an app that supposedly cures XYZ, it's probable you or a loved one have XYZ -- and that may not be information you'd like floating in the ether.
Reply  |  Post Message  |  Messages List  |  Start a Board

Exactly! As i said before, the format has changed -- we generally don't have literal snake oil sales people driving into the village square -- but this type of misleading medical information has been around for a long time. Just because it's available on an app doesn't mean it's legit, tested, or valid.
Reply  |  Post Message  |  Messages List  |  Start a Board

Is Apple doing better at keeping these apps out of its store compared to Google?
Reply  |  Post Message  |  Messages List  |  Start a Board

Exactly! As @DavidCarr said, it's simply a new platform for what's happened in the past via wagons, books, town hall meetings, and TV infomercials! Nowadays, the place to sell your solution - valid or questionable - is an app!
Reply  |  Post Message  |  Messages List  |  Start a Board

Yes, I saw the Wired story when I was about half-way through reporting this piece! Not wanting to duplicate their work, I avoided including that -- but it is scary to see how at least one company tried to leverage a well-respected healthcare name to further its own software.
Reply  |  Post Message  |  Messages List  |  Start a Board

Wired has a similar story: These Medical Apps Have Doctors and the FDA Worried. One interesting example is a blood pressure app claiming to use "a patent-pending process developed by a team from the Johns Hopkins University" -- except the university says it has no connection to the app and is sending its creators a cease and desist latter.
Reply  |  Post Message  |  Messages List  |  Start a Board

If there's any science involved, I expect it's associated with user acquisition, retention, downloads, and revenue.
Reply  |  Post Message  |  Messages List  |  Start a Board

I almost GOT a migraine looking at one of the "migraine cure" apps. It used bright color screens -- just what you don't need when you have a pounding headache! Not sure where any of the "science" behind some of these programs comes from!
Reply  |  Post Message  |  Messages List  |  Start a Board

There are many apps that really are just books-on-an-app. While researching this (and other app stories), I'm amazed at how many apps are listings of information culled from publicly available resources such as government guides, Wikipedia, etc. Many are free; some actually cost money. Of course, there's no telling whether the free ones have ads, contain malware, or hit you up somewhere within for money. In some cases, the worst thing you could be doing is wasting time. In others, though, the results could be painful.
Reply  |  Post Message  |  Messages List  |  Start a Board
Page 1 / 2   >   >>
InformationWeek Is Getting an Upgrade!

Seeking a Competitive Edge vs. Chasing Savings in the Cloud Joao-Pierre S. Ruth, Senior Writer,  7/19/2021
White Papers
Defend Against Credential-based & Privilege Escalation Attacks
A Pragmatic Path to SASE
Adaptive Multi-Layered Defense Is the Key to Cyber-Resiliency
How Securing the Data Lifecycle Can Transform Your Data Protection Program
The Top 10 Threats of Data Sprawl and How to Mitigate Them