9 Mobile Apps To Get You Fit - InformationWeek

With more than 100,000 mobile health apps available today, you need help sorting through the fitness contenders. Consider these nine apps. 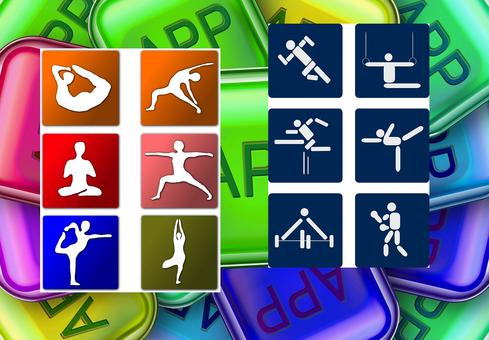 Despite its relative infancy, the crowded mobile healthcare app market features a handful of well-established veterans and a plethora of newcomers scrambling for visibility and traction among consumers and medical professionals. The market includes more than 100,000 apps, according to Research2Guidance -- and the flood of new entrants shows no sign of easing, says Ralf-Gordon Jahns, founder of the Berlin-based research firm, in an interview.

"Mobile technology is truly revolutionizing the future of healthcare, and mobile apps in particular have played an important role in improving communication between physicians and patients, increasing adherence to medical prescriptions, helping patients locate good doctors and pharmacies, and encouraging preventative measures," says Jeff Holleran, senior director of Enterprise Product Strategy at BlackBerry. "Both doctors and patients are finding that mobile apps can provide a fast and efficient way to stay in touch and exchange information. Providers are leveraging apps so that they can respond quicker and share data faster. On the consumer side, mobile apps are growing in popularity as people become increasingly more conscious about their health and well-being."

Although some apps have a clear lead in categories such as running, fitness, and nutrition, that hasn't stopped new contenders from releasing their own offerings. They may offer a new perspective -- anything from being chased by zombies to focusing on strength training for women -- or target a specific group of often neglected users, such as owners of BlackBerry or Windows mobile devices.

Health tracker Nudge, for example, recently moved away from Web-based apps in order to focus all its resources on mobile health apps. The developer created an algorithm based on recommendations from the US Department of Agriculture, the US Centers for Disease Control and Prevention, and the World Health Organization, and applied research from an internal team of health professionals to index data input by users, says Phil Beene, co-founder, in an email.

"This means that no matter what apps, trackers, or wearables a person is using, they can compare an indexed score, called the Nudge Factor, to friends and other users on the app," added Mac Gambill, co-founder of Nudge, in an email. "By tracking dietary intake, hydration, exercise, and sleep duration, as well as syncing with the leading apps and wearables, Nudge is becoming the principal curator and indexer of the best health and fitness apps on the market."

New and existing developers fit into six general categories, Research2Guidance found. They include:

1. Established healthcare players -- such as pharmaceutical, insurance, and healthcare companies -- which represent about 3.4% of app publishers. Usually larger organizations, they typically publish many mHealth apps but have a below-average reach in terms of downloads.

2. App specialists are generally smaller developers that entered mHealth to leverage their software expertise. Although they usually have a small share of medical expertise in-house, they account for 14% of the mHealth app publisher community.

3. Helpers, which represent 32% of this space, are small companies that want to help others. Revenue is secondary, and could be one reason 61% had fewer than 5,000 downloads in 2013.

4. Medical specialists use their expertise to develop mobile apps and claim one fifth of the market. This group had the largest number of companies that earned more than $1 million from their mHealth apps last year.

5. Fitness specialists joined the market to earn money, and they account for 10% of this space. Often they connect to medical databases and sensors and use app development tools.

6. Connectors create value-rich apps that integrate with other apps, sensors, and databases, enabling them to generate the highest average revenue. They account for 18% of the mHealth developer community.

Combined, mHealth apps will be worth about $26 billion by 2017 -- but that's just the beginning of mobile apps' impact on the vast healthcare market, estimated at $6 trillion, Jahns says.

"The $26 billion is the tip of the iceberg. The huge potential is: 'Do apps allow [the healthcare industry] to save costs, for example, hospitals to send out patients earlier so they can use the beds for somebody else? Or do they reduce the amount of doctor visits?' The true potential is reducing costs and making the healthcare market more efficient," he says.

Of course, consumers might argue their goal is losing weight, eating healthier, monitoring medications, or protecting themselves from bugs. In that case, check out some newer mHealth apps on the market and let us know what you think. Which new health and fitness apps would you add to the list? Which ones would you remove? Tell us in the comments.

@ChrisMurphy. That is a convenience I'm looking for as well. I suppose it is time to shelve my old pedometer... I'm curious if it is effective and accurate for other exercises as well. I shall see soon enough.
Reply  |  Post Message  |  Messages List  |  Start a Board

I have been using FatTracker for the past month, as it seemed like a decent enough app, plus it was free. But while looking through these apps here, I'm starting to second guess it. Fitbit seems like a more worthwhile app, so I'm trying that one out today. Getting fit is a lifelong quest for me, so it helps to have a reliable and user friendly companion app.
Reply  |  Post Message  |  Messages List  |  Start a Board

Preliminary research suggests even less athletic users push themselves to reach the next level, when they use fitness apps or apps that, basically, act as pedometers. So, for example, if they've walked 4200 steps, they'll move more in order to reach 4500 or even 5000 steps, which they most likely would not have done without an app or fitness band tracking their movement. This alone, I think is something that should encourage more people to invest in these apps/devices, whether or not they choose to use them for even more sophisticated reasons.
Reply  |  Post Message  |  Messages List  |  Start a Board

The lack of interaction required is part of what I like about it --I click start on my phone, put it in my pocket and forget about it til I'm done, then click finish. The addictive part is seeing the miles accumulate (year to date), seeing how fast our group went on a given day, and also seeing what other friends (I follow about a dozen) have been doing. So a friend was in Florida the past week vacationing, and I could see he did a couple 50-some mile rides there. I'm not really competitive about that, more just curious.
Reply  |  Post Message  |  Messages List  |  Start a Board

I'm curious what you find addictive about it. As someone who spends a lot of time on the computer, I'm disinclined to do anything more technological when working out than start a music playlist. Once the time is up, exercise is done and I'm really not very curious about distance travelled or much else.
Reply  |  Post Message  |  Messages List  |  Start a Board

Thanks, Misty. Will check that one out, too. There are some great ones. I looked for newer apps, including apps that had been recently upgraded, which is one reason I avoided some of the obvious choices like RunKeeper.
Reply  |  Post Message  |  Messages List  |  Start a Board

What I like about Fitbit is that it tracks your whole day, and you can add activities to the diary if you forget to wear your wearable. For example, I can add a 30-minute, 3-mile run to the log and Fitbit will calculate steps and calories burned. It keeps track of calories burned vs. calories consumed, so you can earn yourself a little wiggle room for an extra beer or dessert while still maintaining your weight.
Reply  |  Post Message  |  Messages List  |  Start a Board