Google on Monday said it is working with European pharmaceutical maker Sanofi SA to improve treatments and devices for people with diabetes.

Diabetes affects an estimated 382 million people worldwide, according to the International Diabetes Federation, and that number is projected to reach 592 million by 2035. In the US, the number of diabetes cases diagnosed annually tripled between 1980 and 2013, from 493,000 in 1980 to over 1.4 million in 2013, according to the Centers for Disease Control.

Diabetes is a chronic disease that occurs when the pancreas can no longer produce insulin, or when the body can no longer effectively use the insulin it produces. Unmanaged, this lack of insulin leads to high glucose levels, which can damage tissues and organs.

Google and Sanofi aim to make diabetes management continuous -- through real-time data and monitoring -- rather than episodic -- in response to high glucose levels.

Andy Conrad, CEO of the life sciences team at Google, said in a statement that Google sees promise in emerging technologies that provide real-time data about patient health. "Together with Sanofi, we believe diabetes management can be simpler and more convenient, which may help patients achieve an improved quality of life," he said.

The life sciences group, Page said, will become a standalone company. It's being referred to as Google Life Sciences, but it's likely to get a new name as the Alphabet reorganization takes shape. "We expect to have a more permanent name in the future," a Google spokesperson said in an email.

Google Life Sciences has been working on a cardiac-sensing and activity-monitoring wristband, cancer-detecting nanoparticles, and a baseline study of genetic and molecular health data from 175 people that aims to map what it means to be healthy. 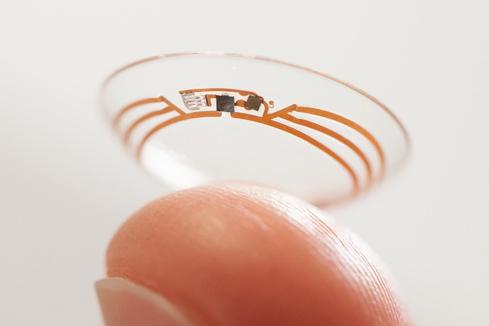 Google has separate health-oriented company, Calico, that is focused on human longevity research.

Google continues to pursue other research related to diabetes. Last year, the company partnered with Novartis to develop a contact lens embedded with electronics that can monitor glucose levels in the wearers' tears. It has another partnership with Dexcom to build better continuous glucose monitoring (CGM) devices.

In a recent interview during MasterCard's Masters of Code hackathon, Jean-Louis Gassée, a general partner at venture firm Allegis Capital, expressed skepticism about the Internet of Things for consumer devices, but said wearable devices that monitor data and draw inferences for healthcare look promising as an area of investment.

Thomas Claburn has been writing about business and technology since 1996, for publications such as New Architect, PC Computing, InformationWeek, Salon, Wired, and Ziff Davis Smart Business. Before that, he worked in film and television, having earned a not particularly useful ... View Full Bio
We welcome your comments on this topic on our social media channels, or [contact us directly] with questions about the site.
Comment  |
Email This  |
Print  |
RSS
More Insights
Webcasts
Building Asset Management into Your Enterprise Security Strategy
How the Rapid Shift to Remote Work Impacted IT Complexity and Post-Pandemic Security Priorities
More Webcasts
White Papers
5 Reasons to Protect your VPN with Multi-Factor Authentication
The Impact of the SolarWinds Breach on Cybersecurity
More White Papers
Reports
2021 Application Security Statistics Report Vol.1
DNS Network Traffic Volumes During the 2020 Pandemic
More Reports

All these initiatives sound great and promising. Google's health-oriented company, Calico, makes sense as the final goal for all the other initiatives, research, and projects. Human longevity research is, indeed, something that will be achived when winning the battle with all these diseases that cause so much pain. -Susan
Reply  |  Post Message  |  Messages List  |  Start a Board

zerox, what do you mean by "he's a bit older, so this is not hard for him"? :/ I would think it's more of a personality issue, perhaps. Are those his words, or you assume it's not hard for him? I ask because I have become more interested in sociodynamics lately. :) -Susan
Reply  |  Post Message  |  Messages List  |  Start a Board
InformationWeek Is Getting an Upgrade!