IBM and Apple are touting their mobile enterprise partnership as a game changer for all industries, but in healthcare particularly they can take advantage of providers' love for their iPhones and iPads, as well as the two companies' separate but complementary work with Epic Systems.

Last week, IBM and Apple said they would begin selling a bundle of Apple devices and IBM services and middleware software. "The deal on its own merits is a game changer, but in healthcare we can use the mobile environment to reach the consumer, the patient, the member -- and back into the enterprise," said Dan Pelino, general manager of IBM's business with the public sector, including health systems. IBM will build on a "significant amount of work under way already with Apple with the iPhone and iPad" for healthcare applications, but magnified by the newly announced IBM MobileFirst for iOS platform, he said.

Breaking from the tradition of healthcare applications "designed from the enterprise out," IBM and Apple will work to create apps designed around the mobile user, said Pelino. The marriage of Siri and Watson also has great potential in healthcare, given physician interest in hands-free computing and health data analysis as one of the prime applications of IBM's cognitive computing system. 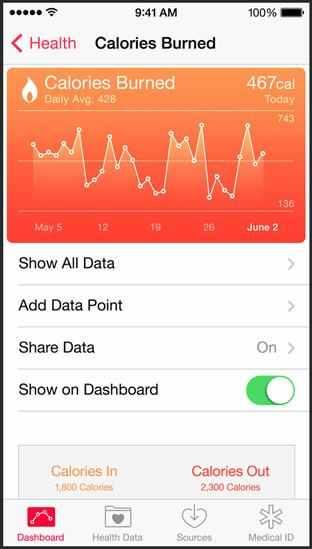 IBM is pushing iOS to the point that, asked about the need to develop parallel capabilities for Android or other mobile platforms, Pelino treated the issue as a hypothetical sequel to the "exclusive" relationship with Apple. "We'll see how the market plays out," he said, instead emphasizing "the opportunity to create some level of standardization all the way out to the mobile device."

According to the Blackbook survey, 68% of healthcare providers use an iPhone for professional purposes, and with IBM's help iOS can also become the dominant mobile operating system for enterprise applications in healthcare, Pelino said. "This really is a case of 'together, better' -- Apple was not in this space, just like IBM hasn't been in mobile devices." IBM has the largest computer security practice in the world, allowing it to offer healthcare organizations the assurance that their iOS applications will be secure and in compliance with HIPAA privacy protections, he said.

In the future of healthcare, "nobody will ever be discharged from care," Pelino said, meaning apps and mobile health monitoring will follow them home from the hospital. A pregnant woman might do an ultrasound scan on herself using an iPhone and have to visit the doctor's office only if the scan shows something worrisome, he said. Yet such consumer healthcare applications will be make patient privacy and data security challenging, he said.

Although Epic wasn't a party to the deal, Pelino said healthcare applications would benefit from IBM's extensive work with Epic as a systems integrator, combined with the partnership with Epic Systems Apple announced along with its HealthKit mobile health service and iOS 8 Health app. IBM is "under the covers" in about 80% of Epic installations, Pelino said. Epic is the market leader in electronic health records systems for large enterprises and has almost as much of an iconoclastic reputation for doing things its own way as Apple does, so the combination of the two got a lot of attention. As they work on linking the Epic MyChart patient portal and the Apple Healthkit mobile environment, "we'll help them with that," Pelino said.

IBM and Epic currently are developing a joint bid for a Department of Defense contract to revamp the electronic medical records system used in hospitals and healthcare facilities for active military personnel, and they plan to make iOS support a feature of that bid, Pelino said.

David F. Carr oversees InformationWeek's coverage of government and healthcare IT. He previously led coverage of social business and education technologies and continues to contribute in those areas. He is the editor of Social Collaboration for Dummies (Wiley, Oct. 2013) and ... View Full Bio
We welcome your comments on this topic on our social media channels, or [contact us directly] with questions about the site.
Comment  |
Email This  |
Print  |
RSS
More Insights
Webcasts
Bolstering Your Enterprise Cyber Risk Assessment
Monitoring Critical Cloud Workloads
More Webcasts
White Papers
Why Energy Management is Critical to 5G Success
Automate Your Cloud Compliance Journey in 6 Steps
More White Papers
Reports
[Report] 2021 State of IT & SecOps
Gartner Market Guide for Insider Risk Management Solutions
More Reports