The new device is made of soft plastic, not the aluminum used in the Misfit's previous, more expensive Shine model, which lists for $99.99. Like the Shine, Flash features a disc-like design.

By comparison, Apple's iWatch will have a starting price of $349 and isn't expected to hit store shelves until 2015. The far less costly Flash, on the other hand, is slated to become available next month.

The Bluetooth-connected device tells time, tracks calories burned and steps taken, quality and length of sleep, and distance walked. Flash syncs with a user's phone, runs on watch batteries, and connects to a Misfit app available for iOS, Windows Phone, or Android. 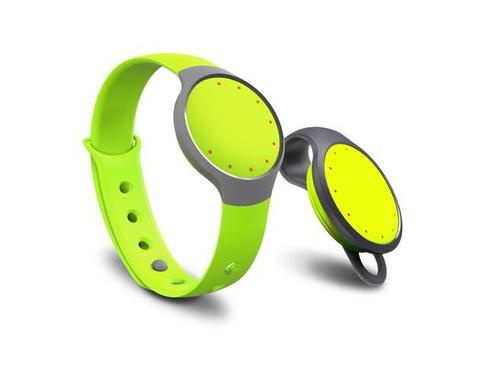 Since the wearable uses a watch battery, it does not require nightly charging, according to Misfit. This capability also allows users to more easily monitor their sleeping habits, the developer said.

Flash is waterproof, according to Misfit, although only to depths of 30 meters, compared with Shine's ability to handle 50 meters of water.

Other developers offer wearables at the lower end of the price range but Misfit appears the first to deliver at the $50 threshold, a price point that could expand the market to a much broader audience. As healthcare systems, payers, and employers seek new ways to encourage consumers to engage in their healthcare, cost is an issue -- and at $50 retail, organizations might consider picking up the tab or heavily discounting Flash trackers for members.

Although I have a different reason for aversion to fitness trackers. ( As if we don't have enough reminders to live by already), I find all of them I have come across to be lacking in style and elegance. If I were a fitness conscious person to that extreme, I would have  a hard time choosing a decent fitness tracker in terms of design. What's the matter ? Is a good-looking fitness tracker too good to be true?
Reply  |  Post Message  |  Messages List  |  Start a Board

LOL @Pedro At Google they're proud to be geeky!
Reply  |  Post Message  |  Messages List  |  Start a Board

@ ariella. I think so. For me smartwatches are more hype than substance. I could be wrong.  In the end, the market will decide whether such devices truly changes our lives and make us look good at the same time.  Google Glass for example just look too geeky.  That is why, they are Google and not Apple.
Reply  |  Post Message  |  Messages List  |  Start a Board

@Pedro true, so Apple should turn its design skills to creating an elegant wearable that people would be happy to have on their wrists.
Reply  |  Post Message  |  Messages List  |  Start a Board

@ Ariella.  I think so too.  Schools are training designers which can apply their skills in the design of wearable devices.  A good design can make or break a device.  Many of the comments here remind me a time prior to ipods.  There were mp3 players out there, but non had the ipod design which became the dominant music player for that industry.
Reply  |  Post Message  |  Messages List  |  Start a Board

@Pedro perhaps schools that offer courses in design should come up with classes specifically for wearables like these.
Reply  |  Post Message  |  Messages List  |  Start a Board

@ Ariella. The developers of such device forgot that besides functionality people want a device that is also fashionable too.  I just don't see people line up in getting these devices.  I want to know what are the projection of how many devices they are expecting to sell.  I had a friend who liked the step counter app on her iphone.
Reply  |  Post Message  |  Messages List  |  Start a Board

@Shane yes, the colors are pretty bad. People would probably be willing to cough up another $25 to get something more attractive.
Reply  |  Post Message  |  Messages List  |  Start a Board

Maybe they plan to make up for the lower price by volume. It's certainly sure to be in most holiday tech gift roundups, and the color selection makes this an attaractive option for kids and adults.