19 comments
Comment Now
While most businesses still view wearable computers as little more than toys, healthcare has embraced them. Check out these interesting examples. 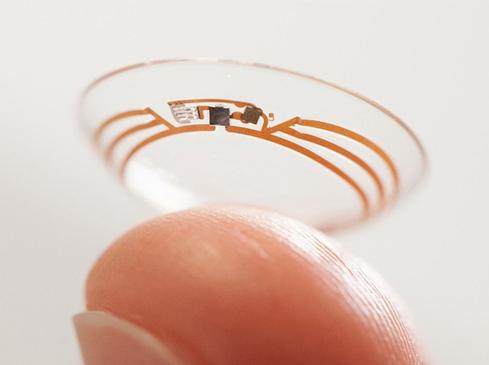 Future wearables
Already Google's skunkworks division, Google X, has announced it is developing a contact lens with microscopic sensors that can monitor the blood sugar levels of someone with diabetes, using the tears as a fluid source. The lens has tiny sensors, a tiny processor to analyze the sample, and even a small antenna that allows it to send that data to an outside device  like a Google Glass for an obvious example.

It isn't a stretch to extrapolate from just blood sugar levels to all sorts of things the lens could detect. One easy one is how often you blink and how long your eyes stay shut while driving. This could be a very early warning system that could help prevent driving while tired. Just this month, Google X landed a big partner for the lens. Swiss biotech giant Novartis announced it was teaming up with Google, and lens maker Alcon, to license the smart lens tech for "ocular medical uses."

One of those is the diabetes monitoring Google already envisioned for the lenses, but another use is to actually enable the eye to autofocus on objects, for people suffering from a condition called presbyopia. Expect many more ideas and partnerships to come.

I know there is a lot of excitement about Google Glass and apps that go with it, but there are a lot of other companies innovating in this area as well.
Reply  |  Post Message  |  Messages List  |  Start a Board

The wearable world is geting exciting with so many apps specially developed for wearables. Maybe not many consumers see yet the benefits that Glass and others of the kind are bringing. However, it's in vertical business where the benefits are being seen and more companies accepting wearables.

Augmented Reality in the surgical space as well as in medical training is going to gain momentum in the next few coming years.

Google's contact lense for measuring glucose is, indeed, useful for the many diabetics in the world. There is a lot of potential in using a contact lense as a medical wearable. Soon might be able to learn more about other possible uses.

There are lots of exciting technologies reshaping how patients with diabetes are treated. Not sure if you saw this: 10 Technologies Changing Diabetic Care, but it was really encouraging to see so many programs and organizations targeting this condition.
Reply  |  Post Message  |  Messages List  |  Start a Board

When I recently wrote about physical therapy, I was surprised to hear there's a dearth of unbiased research about which exercises do and don't work and about the most appropriate age/gender/weight groups, etc., for each exercise and length of time. The integration of technologies, such as the one you show here, plus apps I discussed and EHRs or similar programs could help PTs simply and cost-effectively personalize exercises so they're most effective.

In addition to recording therapists, it's also ideal to record patients. Anyone who's ever suffered through PT (I've done it often!) knows how hard it can be to remember the various exercises -- especially when they hurt! Having a visual record of the correct approach and number of reps is really smart.
Reply  |  Post Message  |  Messages List  |  Start a Board
InformationWeek Is Getting an Upgrade!