Health IT Growing Rapidly Through 2017 - InformationWeek

Meaningful Use regulations among the factors that will drive 7.4% annual growth rate in North America, says new research report.

The North American health IT market will grow at a compound annual growth rate of 7.4% to reach a total value of $31.3 billion in 2017, compared to $21.9 billion in 2012, the research firm Markets and Markets predicted in a new report.

The value of the US market, which accounts for nearly three quarters of North American HIT revenue, will rise to $22.6 billion in 2017 from $15.9 billion in 2012, according to the report.

Financial support for health IT from the US and Canadian governments will be only one of the drivers of growth in the next few years, the report said. Other factors include "growing pressure to cut healthcare costs, growing demand to integrate healthcare systems, and high rate of return on investment while using healthcare systems." An aging population, a rising demand for CPOE adoption, and the rising prevalence of chronic diseases will also increase the size of the market.

[Are your hiring techniques outdated? Read Hiring For Talent, Not for Tenure, In Healthcare IT.]

Jordan Battani, a managing director of consulting firm CSC, agrees that the health IT market will continue to grow at a robust rate, even after the US government concludes its Meaningful Use payments. One reason is that many healthcare providers "have conducted EHR implementations to meet deadlines rather than through a thoughtful process. Achieving Meaningful Use doesn't mean you're using the system in a thoughtful way. So much more needs to be done."

For example, she said, "as organizations mature in their use of EHRs, they come up with new ways of using them to optimize workflow." This can be more painful than software upgrades, she noted, but is not necessarily about customization. She cited the Epic EHR, which offers numerous ways to configure systems to fit workflow.

At the same time, she pointed out, the EHR incentive program has created demand for other kinds of health IT applications that can help healthcare providers take advantage of the data they're now creating. "For organizations to realize the value of the investments they've already made, they have to do other things." 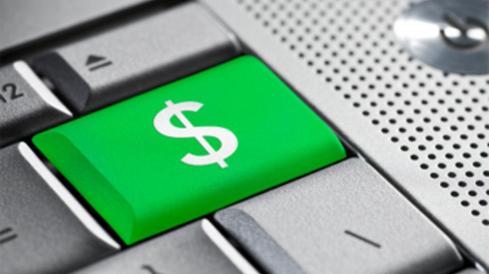 Those things include population health management and care coordination, for which there are numerous applications from a wide array of vendors. In addition, she noted, there will be major growth in the areas of information exchange and interoperability. Mobile applications, big data, fraud and abuse issues, and security measures will all contribute to market growth as well, she said.

Among the non-clinical systems mentioned in the Markets and Markets report are payroll, accounts payable, patient billing, claims management, revenue cycle management, and cost accounting. Battani doesn't think that many providers will rip out and replace their financial systems in the next few years, but she argued that "there is going to be a lot of work around those systems, because they're all optimized for fee-for-service medicine." As value-based reimbursement becomes more important, she noted, revenue cycle requirements will change, although it's not clear yet exactly how they'll be defined.

Because EHR systems are so costly to operate and maintain, Battani said, there will be an increased emphasis on cloud-based systems and shared services, and there will also be more outsourcing of health IT. One reason for outsourcing, of course, is the shortage of trained IT staff. "It's difficult to recruit and train these people at a price that organizations can afford," said Battani.

Overall IT costs will continue to increase as providers invest more in new applications so they can achieve a return on their original investment, she said. And, because not every community hospital and physician practice can sink more money into IT, there will be a widening gap in technological capabilities between large and small healthcare organizations.

This is one of the drivers behind the growing consolidation of hospitals and their acquisitions of physician practices, she said. "Organizations that can't afford to make these kinds of investments become more and more likely targets for acquisition."

Ken Terry is a freelance healthcare writer specializing in health IT. A former technology editor of Medical Economics Magazine, he also is the author of the book Rx For Healthcare Reform.

We welcome your comments on this topic on our social media channels, or [contact us directly] with questions about the site.
Comment  |
Email This  |
Print  |
RSS
More Insights
Webcasts
What We Can Learn from Sports Analytics
Building the SOC of the Future: Next-Generation Security Operations
More Webcasts
White Papers
The Value of Threat Intelligence
Top Threats to Cloud Computing: The Egregious 11
More White Papers
Reports
How Data Breaches Affect the Enterprise (2020)
Email Security Threat Report 2020
More Reports

More Informa Tech Live Events
Securing and Monitoring Networks in the 'New Normal'The Failures of Static DLP and How to Protect Against Tomorrow's Email BreachesBuilding the SOC of the Future: Next-Generation Security Operations