User-facing components performing well, says project overseer Jeffrey Zients. But questions remain whether the back end will work for insurers.

The Obama Administration announced over the weekend that it has met its self-imposed deadline of November 30 to make critical repairs to HealthCare.gov, the federal website for individuals to buy health insurance.

Downtime, error messages, and incorrect data dogged the site from the moment it went live on October 1. During some weeks in October, the site was down an estimated 60% of the time, according to the Progress and Performance Report released December 1 by the Department of Health and Human Services (HHS). But HealthCare.gov's performance has improved steadily following a series of congressional hearings; an overhaul of the team of vendors developing the site, whereby Columbia, Md.-based Quality Software Services Inc. was named general contractor; and the installation of Obama go-to performance official Jeff Zients as project overseer.

Site fixes and improvements continued up to the November 30 deadline. "More than 50 bug fixes were installed [Saturday] night, many for improvements in the backend of the system," Zients said. In all, contractors working on the site made more than 400 fixes and software improvements since the October 1 launch date, he said. 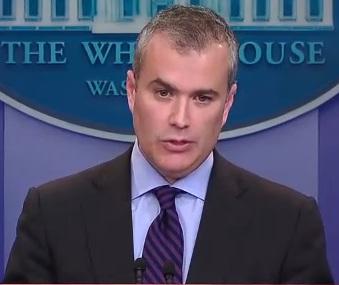 Another significant improvement was to the system's firewall. "The firewall was a constraint on capacity and throughput, so it was upgraded," achieving a five-fold improvement, Zients said.

Questions remain, however, about backend components of the site. Are insurers receiving the correct information from consumers for plans they're enrolling in? Is the government providing the correct information about subsidies consumers might be eligible for? And is the government ready to pay those subsidies to the insurers? The New York Times and others reported that Zients' team prioritized improving the citizen-facing portion of the site, deferring repairs and improvements to the backend components.

Karen Ignani, CEO of the trade group America's Health Insurance Plans, acknowledged that "Healthcare.gov and the overall enrollment process continue to improve," but she said the most significant backend issue that still must be addressed is "the ongoing problems with processing 834 enrollment files" -- the forms that give insurance companies basic information about would-be customers.

With most HealthCare.gov insurance plans set to go into effect Jan. 1, 2014, the biggest question will be whether the troubleshooting team can make all needed improvements in time, especially as Zients is moving on in January to become the director of the National Economic Council.

Speaking on NBC's Meet The Press on Sunday morning, Rep. Mike Rogers (R-Mich.) focused on the security of HealthCare.gov. "The security of this site and the private information does not meet even the minimal standards of the private sector, and that concerns me," Rogers said.

"I don't care if you're for it or against it, Republican or Democrat," he continued. "We should not tolerate the sheer level of incompetence securing this site. And remember how much personal information is not only there, but all of the sites that the hub accesses would expose Americans' personal information in a way that is breathtakingly bad."

But Ezekiel Emanuel, a former health policy adviser to President Obama and now a professor at the University of Pennsylvania, called the recent site improvements "good enough progress."

"Clearly, just like Google and Facebook and all the other Internet sites that are constantly tweaking their sites, constantly improving them, this one still has a ways to go," Emanual said. "I, in particular, want the 'shop and compare' [feature] to improve. That's a key area where people can see what's available, what the prices are."

The fact that there were 400 issues needing immediate fixing is one clear indication that the site was not ready to be released, and that the managment disciplines were clearly not where they needed to be.

This doesn't suggest a lot of confidence:

I think this is more a story of putting someone in charge of all the technologists and holding them to a much higher standard than they would before.
Reply  |  Post Message  |  Messages List  |  Start a Board

It seems to me this all-important priority of the Obama administration had the B-team working 9-5 on it right up until the moment of admitted failure. Then a few A-tream members were brought in and lots of belated hard work has begun to set things right. I agree with John Engates comments, elsewhere on this page.
Reply  |  Post Message  |  Messages List  |  Start a Board

I think Healthcare.gov will be playing catchup for a long time, still. On the plus side, it sounds like they've finally given IT a seat at the grownup's table so maybe they will be able to pull this together. Or at least together enough...... Stay tuned. I know I am...
Reply  |  Post Message  |  Messages List  |  Start a Board

CMS communications director confirmed Monday that the part of the back end intended to process subsidy payments to insurers is not done. She said the government will use the Medicare payment transaction system while the HealthCare.gov payment transaction system is "built out."  But still, there would appear to a new mountain of issues on the back end that consumers won't see so much, but insurers sure will.

I'm sure they'll get it eventually. I hope this makes politicians more cautious about promising code by a certain deadline. Anyone who writes code learns to expect bugs and missed deadlines. Online applications just can't be delivered very reliably.
Reply  |  Post Message  |  Messages List  |  Start a Board

To me, this sounds like the real test still lies ahead. Site responsiveness is a known problem in the ecommerce world, but the big, hairy challenge is the analytics engine to calculate subsidies and match people with policy options. Am I crazy to be optimistic about the developers' ability to crack that nut?
Reply  |  Post Message  |  Messages List  |  Start a Board
Editors' Choice
Hot Topics