4 comments
Comment Now
Congress is once again toying with the notion of pushing back the new diagnostic coding requirement. 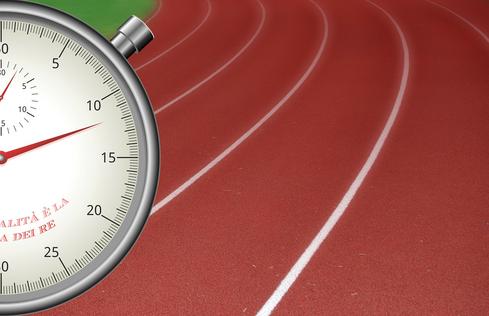 please delay icd10 it will be a huge problem for coders that do billing for the doctors production will go down payments will be late it will create a huge mess for billing purpose.as a coder i been coding for 11 years and i know icd9 codes by heart if we switch to icd10 every code will have to be looked up which means production will be awful and the doctors will not get paid on time. i code 500 charts a day with icd9 when i trained on icd10 my production was 140 charts that was ridiculus so i say again icd10 will cause a huge problem for coders.
Reply  |  Post Message  |  Messages List  |  Start a Board

I was looking around for information about this (they did NOT include the delay in the budget bill - YEA!) and I found this petition. Please consider adding your signature to the petition:

Together, we can tell the governmetn we don't want any more delays!
Reply  |  Post Message  |  Messages List  |  Start a Board

I couldn't agree more - no more ICD-10 delays!  I would venture to say the same physician offices that aren't ready now aren't going to be ready in two years, either.  They don't ever want to be ready - they don't want to use ICD-10. However, what about all those other people whose livelihood does rely on the use of ICD-10?  All of those coders, people in IT (hospitals and vendors alike).  So much has been invested in ICD-10 and to see it continually pushed is just plain wrong.  How about all of those places that were ready at the first deadline?  I hope the right thing happens 12/10 and yet another delay is NOT passed.
Reply  |  Post Message  |  Messages List  |  Start a Board

I agree with what you're saying here. Another delay is just another reason for people to avoid change, training, and implementation. It has almost become acceptable to refuse and just turn and walk away. Yet so many have successfully gone through the training, physicians have accepted their role on documentation, new and old coders understand what they must do, but here we are again. Considering another delay. I am aware that it was attached to an SGR patch last year, but that was just an excuse. I think it was just thrown in there because it was known that it would cause a delay. It all boils down to change. You are either for or against it, but still it is inevitable. It is only a matter of when.
Reply  |  Post Message  |  Messages List  |  Start a Board
Editors' Choice
Hot Topics