Whether delighted or distressed by the delay in the implementation of the ICD-10 diagnosis codes, healthcare leaders have some juggling to do. Deadlines that were supposed to be carved in stone have turned to mud and washed away.

After years of preparation, federal regulators were telling doctors, hospitals, and insurers to be ready for an Oct. 1 transition to a much more detailed standard for documenting their work. Now, that will not happen until at least Oct. 1, 2015, by legislative decree. The provision for the delay sailed through Congress and was signed last week by President Obama, because it was tucked into a politically unstoppable bill to prevent cutbacks in reimbursement to physicians.

Though either implementing or delaying ICD-10 would have been stressful, suddenly attention shifted to the consequences of delay. The deadline had been moved once before, when the Centers for Medicare and Medicaid Services (CMS) made an administrative decision to bump it from 2013 to 2014, giving both providers and payers more time to prepare for the transition. In February, the CMS said it absolutely, positively would not move the date again -- except that now it must, by act of Congress. The timing of this latest delay is particularly awkward for large organizations that have poured great effort into information systems changes and training with the understanding that the deadline would not be moved.

[How do you keep 'em honest? Read Colleagues In Cuffs: When Employees Steal Patient Records.]

Christine Armstrong, one of the leaders of Deloitte's healthcare practice, has spent the last couple of weeks talking with hospital and healthcare system executives who are in the process of rewriting their plans for the next 6-18 months. In an interview, she outlined what she is hearing from them and the advice she is sharing. 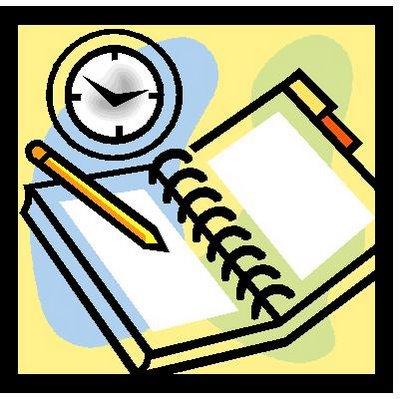 The clients she has been talking with "were all pretty surprised," Armstrong said. "Everyone thought we were close to the deadline -- in the final countdown -- and all of a sudden, we have this new wrinkle in the timeline. Now we're in the process of saying, OK, so let's sit back and assume it's an October 2015 date. Let's sort through the practical side of what we're going to do."

For the moment, one challenge for healthcare leaders is that they don't know for sure what the new deadline will be. To comply with the law, the CMS can't impose a deadline earlier than Oct. 1, 2015, but in principle, it could set a later date or take more radical action, such as deciding to shift focus to the ICD-11 draft of the standards currently under development.

The CMS hasn't said when it will clarify the timeline, other than that it will be soon. Meanwhile, organizations have little choice but to assume an October 2015 deadline and try to keep their projects moving toward that goal, Armstrong said. "We learned a lot from the delay last time. Those organizations that kind of kept on, kept their momentum, even if they stretched the timeline out -- they did better than the organizations that stopped and tried to rejuvenate again."

Based on the current edition of the International Classification of Diseases, the US version of ICD-10 is more elaborate, because it is used for both insurance claims and statistical tracking, whereas other countries typically use it for statistical analysis only. Proponents say the payoff from ICD-10 will come in the form of better understanding of public health trends, dovetailing with efforts to boost the health of entire populations of patients, and it will speed the processing of claims, because payers will get more detailed information. Yet doctors, particularly in small practices, were dreading the prospect of having to sort through an overwhelming volume of codes, and healthcare organizations of all sizes worried that claims would tend to fall through the cracks during the transition. The credit ratings service Fitch said the ICD-10 delay averted a likely downgrade to the credit ratings of nonprofit hospitals, which it had expected to be hurt by the change.

Elsewhere, reactions to the delay include disappointment, relief, and even arguments that the industry should have expected a delay, given how unprepared some practitioners and payers were for ICD-10. John Halamka, CIO of Beth Israel Deaconess Hospital, blogged that he was lobbying his peers in Massachusetts to continue testing and evaluation of their systems supporting ICD-10, getting the bulk of it done on schedule, so they can concentrate on weeding out bugs with regression testing in 2015.

Sorting out what elements of an ICD-10 project can be, or ought to be, completed now is the big challenge, Armstrong said. "We've created what we call the reverse timeline, putting in the deadline and working backwards from that. You need to look at the existing, current state of projects, where they are on the timeline, and figure out what are the things that we can continue on with and perhaps finish."

Testing the systems to support ICD-10 coding is one of the logical things to try to finish as much as possible now, even with the understanding that another

How much potential do you see to have a better outcome from the transition to ICD-10 with a one-year delay (assuming that's what it turns out to be)? How are you trying to capitalize on the extra time your organization is getting to prepare?

What's your list of things where you may have been thinking "I wish we had more time for X" -- and now you do?
Reply  |  Post Message  |  Messages List  |  Start a Board
InformationWeek Is Getting an Upgrade!