California Supreme Court will decide whether the state's medical board breached patient privacy when it used data from a state prescription database to discipline a physician.

To combat "doctor shopping," "pill mills," and addiction to medications such as pain and anti-anxiety pills, many states have created databases that track the doctors who prescribe and patients who take these medications. Used by pharmacies and practices to ensure consumers aren't seeing multiple physicians to get controlled substances, these databases also have become a tool for law enforcement -- and at least one medical board's investigative arm.

But could investigators' access to these records, which also include non-controlled medications, jeopardize patient privacy, especially when data segues from deidentified to clearly identified information and patients are called upon to hand over their complete medical records as part of an investigation? How are patients affected? And could the evolving new healthcare model -- which demands more synergies between clinicians and consumers -- be damaged if doctors cannot openly discuss topics such as weight?

California's Supreme Court is expected to address these questions when it hears the case of Dr. Alwin Carl Lewis v. the Superior Court and Medical Board of California in 2015.

At issue: In 2012, Lewis received his second amended accusation in two years based on one patient's complaint about the quality of care she allegedly received from him, in part related to comments the doctor reportedly made about her weight (which he denied).

As part of its investigation into the physician who's known for his "Five Bite Diet," the Medical Board researched Lewis' prescribing history by searching prescription drug monitoring program (PDMP) known as CURES -- the Controlled Substance Utilization Review and Evaluation System -- which electronically captures data on all controlled medications prescribed in the state. 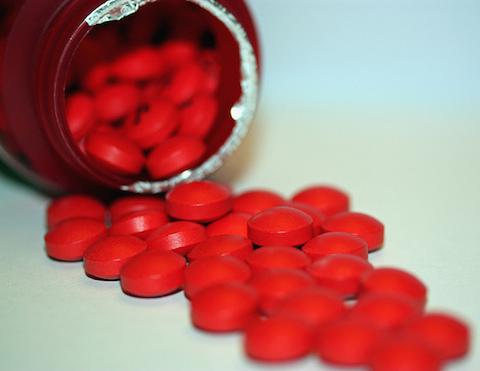 Covered by HIPAA, the database includes more than 100 million entries of controlled substances dispensed in California and the database responds to more than 60,000 requests from practitioners and pharmacists annually, according to the California Department of Justice, which operates and maintains the PDMP. During the search, the Medical Board homed in on a handful of patients and requested further information on their prescription and medical histories via administrative subpoena, The Recorder reported.

"His disciplinary order and the 26-page accusation information is all the we can share at this time," a Medical Board spokeswoman told InformationWeek. "The CURES system is not operated by us, it is operated by the DOJ. We are currently working to get physicians registered into the system so they can use it as a tool."

An administrative law judge found Lewis engaged in unprofessional conduct by failing to keep adequate records with the first plaintiff. The judge determined Lewis had overprescribed controlled substances for two other patients for a short period; the doctor, however, had not repeatedly overprescribed or given dangerous drugs without a prescription, the Recorder wrote. As a result, Lewis was disciplined and placed on probation for two years.

When they receive controlled substances, patients are -- or should be -- aware they could come under government surveillance, the court argued. The database was designed so healthcare officials could search, in real-time, for

potential abuses -- by patients or providers, and the board was using it as intended, according to the court. But the database also includes medications that aren't controlled and tells a lot more about consumers than advocates might like to believe, privacy advocates contend.

How far can Medical Boards go?
There are several dangers here, cautioned Ben Fenton, partner at Fenton Law Group, who represents Lewis in the case scheduled for California's highest court next year. Fenton also was the doctor's attorney in the earlier hearing. He says the issue in this case is whether the Medical Board had the authority to search CURES without a warrant or showing of good cause.

"We want the court to impose some requirements on the government before they're allowed to access this information. There has to be good cause by the investigator ... which justifies the intrusion into the rights of these patients," he said in an interview. "In our case, the complaint related to the doctor had nothing to do with medications or controlled substances. It shows there are no limits as to when the government can access these records or what the government can look at."

Without these safeguards, any investigator can easily look up an individual name -- such as an athlete, celebrity, or politician -- to discern all the prescriptions, both controlled and non-controlled, they're taking and guess their medical conditions, he said. It's also a way for state governments to pry into physicians' ability to practice medicine, using non-medical complaints as the basis of warrantless searches into their prescribing histories, said Fenton. In the initial complaint, Lewis recommended a patient lose weight, something more doctors likely will do. Those patients could angrily report physicians simply for bringing unwelcome messages about diet and exercise, he said.

"Any time a patient complains, a doctor is assumed guilty," said Fenton.  "They have to practice very defensive medicine. The court of appeal took the position that prescription records weren't that sensitive. [Yet] prescription records go to the crux of your medical records."

When investigators looked into Lewis, they contacted two patients who knew nothing of the original case, Fenton said. These individuals each received a letter asking them to release their medical files to the board, he said.

"Gathering information in CURES is cheaper and easier in comparison to conventional information gathering techniques used by the Medical Board in the recent past," the California Medical Association's brief said. "It also allows for the Medical Board to proceed surreptitiously, evading the ordinary checks that constrain abusive government practices that violate patient privacy. Furthermore, technology has greatly increased the quantity of information available to the Medical Board and facilitates its ability to correlate data from different sources. Records that once revealed only 'a few scattered tiles of information about a person now reveal an entire mosaic' of a person's medical history. Such intrusions can discourage patients from fully and candidly disclosing their medical history with physicians or seek medical care at all and compromise the ability of physicians to provide quality care."

How does your state handle its prescription database? Who can look up your medications? Let us know in comments.

Alison Diana is an experienced technology, business and broadband editor and reporter. She has covered topics from artificial intelligence and smart homes to satellites and fiber optic cable, diversity and bullying in the workplace to measuring ROI and customer experience. An ... View Full Bio
We welcome your comments on this topic on our social media channels, or [contact us directly] with questions about the site.
Comment  |
Email This  |
Print  |
RSS
More Insights
Webcasts
People Are The Most Important Part of Autonomous SOC
Nip Ransomware in the FUD: Detecting Attacks Pre-Encryption
More Webcasts
White Papers
How to Build Your Incident Response Plan
Anatomy of a Modern Phishing Attack
More White Papers
Reports
Gartner Market Guide for Insider Risk Management Solutions
How IT Security Organizations are Attacking the Cybersecurity Problem
More Reports

This article is filled with inaccuracies and hysteria.  Obviously, these people have never signed into the CURES data base to see the information it actually contains or the reports that are generated.  It is ONLY controlled substance prescriptions; NOTHING else.  The CDC issued a newsletter in July about the nationwide epidemic of opioid and controlled substance abuse that is a real problem we need to address as a nation.  Forty nine of our 50 states have these programs because more people are dying everyday of prescription drug overdoses than illegal drug overdoses.  Think about it!  Who is enabling all these controlled substance prescriptions?  This problem can be solved.  Also think about why they call them "controlled substances".  It because they are tracked in order to control misuse and abuse by patients and prescribers.  If you are taking these drugs or prescribing these drugs in a rational manner, you have nothing to be afraid of.  If you are abusing these drugs or prescribing them in an unscrupulous manner, you should be very afraid - you will be found out and dealt with accordingly.  Several states have now mandated that prescribers MUST review their state controlled substance database before writing controlled substance prescriptions in order to identify abusers that need help with substance abuse and not further enable them.  Many states have the ability to to do searches of multiple state databases because drug seeker are known to cross state lines just to get more.
Reply  |  Post Message  |  Messages List  |  Start a Board

The prescription database is the best thing that could happen to protect both the physicians and the patients alike. It will put an end to doctor shopping, illicit prescription drug sales, overdoses, physician fraud, etc.
Reply  |  Post Message  |  Messages List  |  Start a Board
Editors' Choice
Hot Topics