St. Joseph Health System reports that as many as 405,000 records may have been compromised, but actual damage remains speculative.

St. Joseph Health System has confirmed a security breach affecting the records of up to 405,000 past and current patients, as well as employees and employees' beneficiaries.

St. Joseph says it believed the attack occurred between Dec. 16 and 18, when one of its computer servers was hacked, and that the exposure ended on the 18th when the attack was discovered and the server was shut down. The health system hired national security and computer forensic experts to investigate. The ongoing investigation suggests the attackers may have gained access to records including names, Social Security numbers, dates of birth, and possibly addresses, as well as the medical information of patients and bank account data for employees. 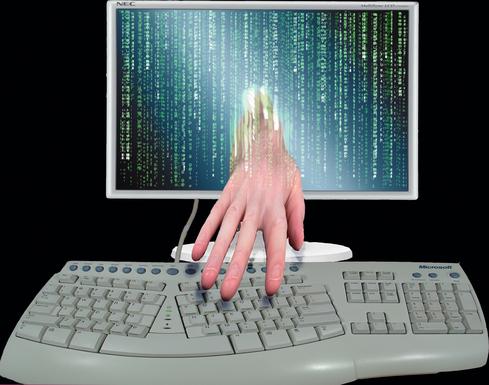 [Don't let it happen to you. Read HIPAA, SOX & PCI: The Coming Compliance Crisis In IT Security.]

So far, the damage done is a matter of speculation.

"While it is possible that some information was accessed or taken, the forensics investigation has been unable to confirm this," wrote Denise Goffney, corporate compliance officer and privacy officer, in a message posted on the hospital website:

It is important to note that SJHS has received no reports that any of the personal information involved has been misused. We take this matter, and the security of our patients', employees', and employee beneficiaries' personal information, very seriously. As a precaution, SJHS wants to assist individuals affected by this incident in protecting their identity, even though we are not aware of any misuse of the information, and we have been unable to determine whether any data was in fact taken.

As is common in these incidents, St. Joseph is offering affected individuals free credit and identity protection services.

David F. Carr oversees InformationWeek's coverage of government and healthcare IT. He previously led coverage of social business and education technologies and continues to contribute in those areas. He is the editor of Social Collaboration for Dummies (Wiley, Oct. 2013) and ... View Full Bio
We welcome your comments on this topic on our social media channels, or [contact us directly] with questions about the site.
Comment  |
Email This  |
Print  |
RSS
More Insights
Webcasts
4 Practical Tips for Building a Data Lake
The Experts Guide to Ransomware Response
More Webcasts
White Papers
Top Serverless Security Risks and How to Mitigate
Ransomware Security Breach Summary: Food Production
More White Papers
Reports
Future Proofing Your Network for 5G
2021 Digital Transformation Report
More Reports

Is that just standard bureaucratic language to say our system was breached and the hackers had full access to all this data ... but we're just not sure they actually took any of it.

Is there some example of where hackers gained that kind of access and didn't take advantage of it? Like the Grinch seeing the light and putting all the presents back neatly in their place?
Reply  |  Post Message  |  Messages List  |  Start a Board

I'm not at all surprised that the healthcare is the target of a data security breach! It's only been in the past decade the industry has widely adopted electronic health records and other digital technologies. Credit bureau and consumer data tracking service company Experian reported last month:


The sheer size of the industry makes it vulnerable when you consider that as Americans, we will spend more than $9,210 per capita on healthcare in 2013. Add to that the Healthcare Insurance Exchanges (HIEs), which are slated to add seven million people into the healthcare system, and it becomes clear that the industry, from local physicians to large hospital networks, provide an expanded attack surface for breaches."

"No proof" does not mean there is no such kind of problem. It just indicates that nobody has a proper estimation about the scope of damage!


It also means that no one (i.e. the company/hospital/retailer) wants to be held liable for paying for the damage.
Reply  |  Post Message  |  Messages List  |  Start a Board

My colleague Mathew Schwartz suggests the fact that they can't tell what was taken, if anything, may indicate a lack of investment in incident management and response technology to trace the breach. He has a column coming today that will discuss some of these issues in a broader context.

It may be that the other shoe will drop in the coming weeks, as customers and patients of the hospital discover specific problems traced to this incident.
Reply  |  Post Message  |  Messages List  |  Start a Board

any idea why that wouldn't be on the HHS listing?
Reply  |  Post Message  |  Messages List  |  Start a Board

According to the story from our archives on the 2011 VA Tricare breach, it was reported under FCC rather than HIPAA rules. That was another government health agency breach, related to theft of computer backup tapes, but point taken that was much larger. This Texas one still seems significant as the breach of a private health system.
Reply  |  Post Message  |  Messages List  |  Start a Board
InformationWeek Is Getting an Upgrade!