It doesn't have the social media appeal of the Ice Bucket Challenge, but Children's Miracle Network (CMN) hopes virtualization technology helps the charity organization realize its ambitious goal to raise $1 billion annually until 2022.

Since 1983, CMN has raised $5 billion for 170 children's hospitals across North America, which use the funds for research, training, equipment, and uncompensated care. Every minute, 62 children enter a CMN hospital, the organization said, for conditions ranging from cancer to premature birth to genetic ailments that will require lifelong care.

The charity keeps administrative spending -- including IT -- low. In fact, Charity Navigator gave the organization four stars, its highest ranking, and a score of 94.2 out of 100 for investing money in its programs versus fundraising or administrative expenses. Efficiency and doing more with less are core to CMN's IT department, said Nick Ward, IT vice president, in an interview.

Yet using old technology drains valuable resources from CMN's role of supporting its hospital partners, he added. His team oversees how IT facilitates raising money for these hospitals and interfaces daily with each organization, said Ward. Larger hospitals, for example, may need less assistance, while smaller facilities tend to rely more on CMN's IT team, he said.

"We have to work with IT to work smarter, not harder, so we're always looking at ways of automation and improving our processes. For us it's all about integrating, making it easier, and making it automatic. We ought to be automating as much as we can so we can focus less on the mundane tasks," said Ward, who oversees a 14-person IT team.

When the yearly $1 billion fundraising goal was announced, CMN generated about $250 million annually in donations -- and Ward knew his IT team would not increase four-fold. He also realized the organization's existing technology infrastructure could not support quadruple growth, so he began researching enhancements for the private cloud that now supports the 170 hospitals, 85 corporate partners, plus many radio and television stations, said Ward.

With the assistance of solution provider CDW to architect and deploy the new system, CMN consolidated its server environment using VMware vSphere, and implemented a FlexPod environment -- combining NetApp storage, Cisco Nexus switches, and Cisco Unified Computing System (UCS) server components -- in one platform. Today, a mix of Microsoft and in-house applications run on VMware virtual machines (VMs) and CMN users can access files from any device via Egnyte Enterprise File Sharing, said Ward. The organization is saving money and time by transitioning from tape backup to NetApp Snapshot copies and SnapRestore, he added. The setup can meet CMN's $1 billion annual fundraising goals; if the organization exceeds its fundraising ambitions, the system is scaleable, said Ward. 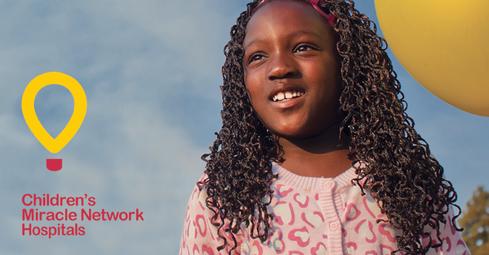 The IT team has an internally built single-sign-on portal, which the team dubbed Mission Control, that gives it access to all software, digital assets, and resources, said Ward.

That enthusiasm extends to CMN's new initiative on data, including a cross-functional team of about 10 people that's leading the organization's investment into better, more extensive use of big data and analytics, said Ward. In particular, two IT professionals focus on areas like security and data cleanliness -- and the NetApp technology is particularly helpful in assuring fast access to deduplicated information, he added.

The new infrastructure immediately generated savings for CMN's video storage, which otherwise would have been three times more expensive, said Ward. IT wants to develop mobile apps, starting perhaps with one that allows hospital partners to immediately see the amount corporate sponsors have donated so they can be thanked.

Every IT department typically has to justify its spending, detailing the ROI and business benefits of each investment. But I'd think non-profits, especially those found to truly spend the vast majority of their dollars supporting their causes as opposed to supporting their administrative costs, feel and have a greater obligation to seek out the most cost-effective, longest lasting investments for their purposes. In interviewing Nick Ward, he mentioned multiple times how much this weighed on him: That every dollar spent on tech is a dollar that does not go toward supporting CMN's 170 hospitals but CMN needs the right technologies to more effectively and efficiently support its fundraising initiatives.

Wonder how other IT professionals at non-profit organizations, both in and outside of healthcare, balance these needs?
Reply  |  Post Message  |  Messages List  |  Start a Board
Editors' Choice
Hot Topics