Department of Homeland Security agencies must balance computer and communications network improvements slated for the next 12 months with tight budgets.

The Department of Homeland Security and its various agencies are updating their computer and communications networks with the goals of improving security and increasing efficiency within the next year. Individually, these organizations are creating new joint command centers, issuing mobile devices to their personnel, and launching new research and development projects. But with the progress, there remains the challenge of a tight fiscal environment that pushes bureaus to do more with less, DHS officials said.

The DHS is moving its cyber command and control capability to a new DHS/Coast Guard security operations center in Washington D.C., said Rear Admiral Robert Day, commander of the Coast Guard's cyber command and its chief information officer, at a recent briefing with industry executives held by the Armed Forces Communications Electronics Association. At the same time, the Coast Guard will move its DOD-oriented cybersecurity operations center to the same facility. Day said the joint center, scheduled to be operational in July, will provide improved communications and coordination for cybersecurity efforts across the .gov and .mil network spaces. ­

Besides establishing new facilities, the DHS also has made progress on several cyber initiatives. The first is a continuing diagnostics and monitoring capability that will help defend DHS networks and provide network administrators with a better picture of how their networks operate, especially in those public-facing areas of the network, Day said. When it is fully launched, this full-time diagnostic capability will be expanded across the federal government. Continual diagnostics and monitoring will be especially helpful in managing government networks with public-facing websites, he said.

[How is business supposed to interpret the cybersecurity guidelines set out by NIST? Read Sensitive Data: What Constitutes 'Reasonable Protection'?]

To improve its network security, the Coast Guard is in the process of moving its secure and nonsecure email to the DOD's secure cloud. Day hopes to fully transition the bureau's email within the next 12 months.

But looming budget cuts might affect how much IT security the Coast Guard can accomplish. Day noted that the proposed 2016 fiscal year budget "takes us back to almost sequestration levels." The service faces a dilemma regarding its limited resources: it must spend $1.3 billion to acquire new planes and ships to replace and modernize its aging platforms, but no funding was allocated for IT. Day said he is working to put a $10 to $15 million "wedge" in the budget to cover the oversight. The Coast Guard previously funded its IT expenditures from its operational budget, but this has shrunk with the bureau's overall budget, he said. 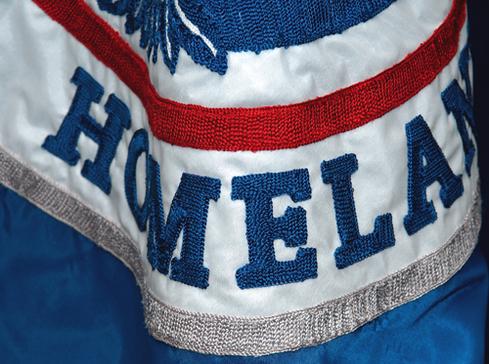 Balancing between new technology and tight budgets also affects the DHS's other agencies, such as the Customs and Border Protection agency. The largest law enforcement organization in the country, its dual mission is to protect the US from terrorists and organized crime while facilitating safe trade and travel across the nation's borders, said Wolfe Tombe, the CBP's chief technology officer.

Among the CBP's major concerns are: introducing mobile technology to help support its mission, cybersecurity, and moving its data to the cloud. All of these efforts help the CBP cut its costs, Tombe said. This is necessary because over the last four years the CBP's Office of Information and Technology has lost nearly 50% of its budget, he said. Because of the tight finances, the CPB is looking for new technologies to help increase its mission effectiveness while substantially reducing costs. "We simply cannot survive the old way we used to do business any longer; we don't have the money. We have to be innovative, we have to be thinking out of the box. We have to watch what other agencies are doing and bring those things back to CBP," he said.

As budgets continue to shrink, the DHS continues to work on new developments through its research arm, the Homeland Security Advanced Research Projects Agency. The agency is working on a number of efforts, such as big data analysis tools and capabilities to tap into the coming Internet of Things where almost all communications and IT devices, as well as household appliances and automobiles, will communicate with each other, said Stephen Dennis, HSARPA's technical director.

Dennis said HSARPA has 1,200 employees, but attracting and retaining top talent to government jobs is challenging and requires a different kind of workplace. To get that talent, HSARPA's big data project allows its researchers the flexibility to experiment and "get their hands dirty" with the technology in new and innovative ways, he said. The agency also makes use of a variety of university research centers and laboratories to further its work and attract new personnel, he added.

Henry Kenyon is a contributing writer to InformationWeek Government. He has covered Government IT and Defense markets since 1999 for a variety of publications including Government Computer News, Federal Computer Week, AFCEA's Signal Magazine and AOL Government. View Full Bio
We welcome your comments on this topic on our social media channels, or [contact us directly] with questions about the site.
Comment  |
Email This  |
Print  |
RSS
More Insights
Webcasts
What We Can Learn from Sports Analytics
ROI and Beyond for the Cloud
More Webcasts
White Papers
Five Reasons to Protect your VPN with Multi-Factor Authentication
2020 SANS Enterprise Cloud Incident Response Survey
More White Papers
Reports
2020: Threats in Review
The State of Cloud Computing - Fall 2020
More Reports