Disruptive ideas can give organizations ways to maintain operations in a time of quarantines and social distancing. 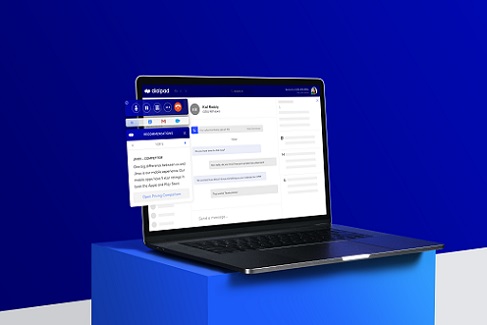 With the spread of COVID-19, business continuity takes center stage with communications playing a central role, says Craig Walker, CEO of San Francisco’s cloud-based business phone system Dialpad, founded in 2011. Walker and his co-founders previously worked on Google Voice where they came to a realization. “The epiphany we had was that every business is ultimately going to move to the cloud for their email,” he says. The benefits of not having to use a VPN while being able to access resources from anywhere were too great, Walker says. Making the functionality of traditional phone systems available alongside the rest of a productivity suite through a mobile phone, laptop, or table, he says, was the next step. “We believed work was going to change to a much more fluid and remote-centric environment,” Walker says. “Networks would continue to improve, and CIOs and large enterprises would end up trusting voice over IP to provide their phone systems.”

More Informa Tech Live Events
To Pay or Not to Pay? Solving for the Ransomware Risk EquationTools for Better Network Monitoring and Observability Optimizing Your Enterprise IT Architecture to Support Hybrid Work