How to Value a Statistical Life - InformationWeek

When governments make decisions,sometimes the value of a human life comes down to a formula, VSL.

Questions -- Would you be willing to pay higher state taxes to reduce the number of elderly persons dying from asthma next year by 20%? Would you vote for federal subsidies to pharmaceuticals to offset the costs of producing EpiPens, if that reduced deaths of children due to allergies by 15%? Would you lobby your city council to impose greater safety rules and penalties on real estate developers if that prevented workplace deaths of construction workers by 45%? 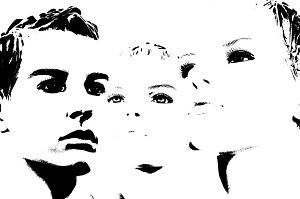 More fundamentally, on what basis should governments determine the value of human life, as a means of forming/informing public policy?

The answer to all of these questions is in the concept called “The Value of a Statistical Life” (VSL). The VSL is an estimate of the amount of money the public wants to spend to reduce the loss of one life. Government agencies use the VSL to calculate the benefits of regulations. One of the leaders in this field, Mr. W. Kip Viscusi, has done extensive research on the VSL. In fact, in 2003, he produced a paper that summarized the results of 100 studies on the topic.

Here is an example of how the concept is used. Suppose your company wanted to lease a building owned by the local municipality; both the land and the building were owned by that government. Let’s say that the EPA had flagged that building for lead paint and asbestos. Let’s also say that because a gas station was on that spot from 1950 through 2005, that that soil and water supply systems were hazardous.

Now because your company will bring 2,000 new jobs to that community, the local government has to conduct a cost/benefit analysis to determine if the cost of meeting the safety and health standards was worth the benefits of the leasing income and increased tax base from the 2,000 new hires. Finally, let’s say that the municipality has 100,000 tax-paying voters who would be willing to pay $200 more in taxes a year to make this lease happen, because the last company that leased the building averaged five cancer deaths a year, and making these changes would reduce the cancer deaths to zero a year. The VSL would be calculated in this manner:

Knowing that each statistical life is worth $4 million dollars enables the local government to determine if it would be cheaper to abate the safety and health concerns or just pay a wrongful death settlement. If the community is poor and not legally savvy, then the municipality may choose not to raise taxes (that is always a crowd pleaser) and figure that a $1 million dollar settlement would make any law suit go away. After all, one would have to be pretty sophisticated to be aware of the existence, statistical power and economic value of the VSL concept. In effect, this is an example of the analytics of public policy.

With this information in mind: