Behind The Music: Animoto And RightScale Ramp Up To Render Facebook Videos In The Cloud

Animoto gives a free video presentation that incorporates your own images and music into a professional-appearing montage, and earlier last year had about 5,000 people a day trying it. After a wildly successful viral marketing campaign on Facebook, Animoto had nearly 750,000 people sign up in three days. At its peak, almost 20,000 people tried Animoto in a single hour. 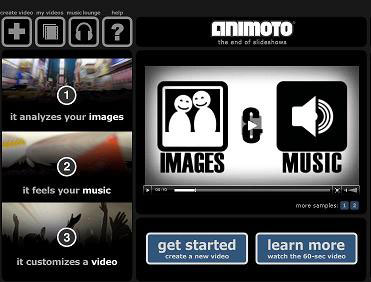 To handle the onslaught, Animoto worked with RightScale, a company that provides tools, expertise, and automated technology to help companies run scalable applications on a variety of clouds that includes Go Grid and Rackspace, as well as the Amazon cloud.

RightScale's CEO, Michael Crandell, told InformationWeek that his company facilitates capacity scaling in the cloud in three ways. The first is triggered by load or Web site traffic; the second is scheduled (for example, when a retailer has a midnight sale of merchandise and knows when traffic will peak). The last is job-based, which was the case with Animoto, where scaling from 40 instances of EC2 usage up to 4,000 instances was needed primarily to handle rendering required by Animoto proprietary cinematic AI technology. In addition to being able to fire up a large number of virtual machines when rendering was most required, the RightScale platform was able to kill those virtual machines after the rendering was done and demand subsided.

The added capacity on Amazon works out to cost about 10 cents per server hour, which no longer applies when the virtual server instance no longer exists. Crandell said that RightScale has a similar usage-based pricing model, which starts at $500 a month for 15,000 server hours, or roughly 3.3 cents per server-hour. 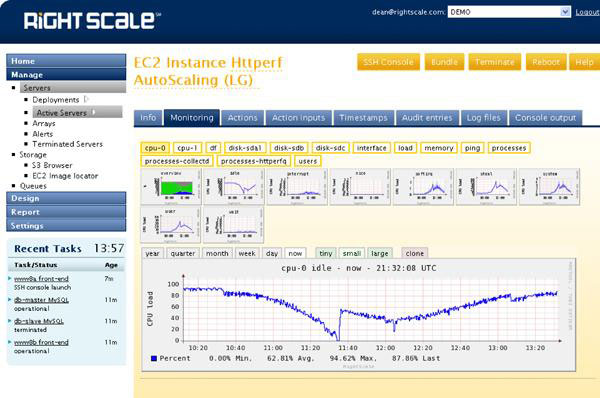