SEARCH
A minimum of 3 characters are required to be typed in the search bar in order to perform a search.
Announcements
Alert
Got some free time? Grow your knowledge from the comfort of your computer for FREE!
Alert
Are you looking to stay on top of IT trends? Check out our FREE webinars and virtual events!
Alert
Planning for 2023? Be sure to check out our upcoming in-person events!
Report
How does your salary stack up? 2022 IT Salary Survey Results Revealed
PreviousNext
Information Management
4 MIN READ
News

The kingpin of auto-market data and analysis is using Oracle Exadata and BI tools to give new ammo to its customers, from Acura to VW. Here's a look inside the project.
Doug Henschen
Executive Editor, Enterprise Apps
August 30, 2011 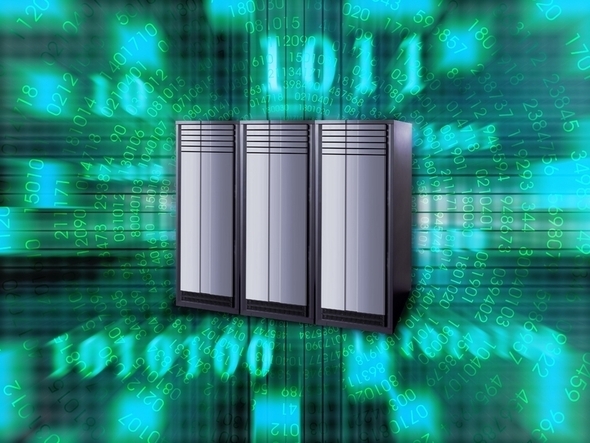 10 Lessons Learned By Big-Data Pioneers
(click image for larger view and for slideshow)
When Polk finally made the decision to upgrade last summer, you could say the move was overdue. By that point the toughest multidimensional queries--those requesting demographic buyer insight within specific regions and dealer zones--were taking as long as three to five minutes.

The first wave of database migrations from a conventional RAC environment onto an Oracle Exadata Database Machine X2-2 half-rack took about four months, according to Miller. An immediate benefit was storage efficiency, thanks to Exadata's hybrid columnar compression. As an example, the Polk Insight database that previously housed about 2 terabytes compressed down to about 600 gigabytes. Performance instantly improved without any Exadata-specific performance tuning.

"Initially we didn't do anything other than migrate the databases, and all the legacy queries and reports started running dramatically faster," Miller said, on the order of 10 times faster, he added.

Polk chose a capacious half rack with consolidation and room for growth in mind. Since the initial wave last fall, Polk has migrated multiple databases totaling about 22 terabytes out of conventional RAC deployments. On Exadata, compression has brought those stores down to about 13 terabytes. Among the tricks the company has employed is careful sorting of data before loading, a step that helps improve database performance.

"Exadata builds storage indexes automatically, and if you can lump the data that goes together, the index knows exactly where to find the data you're after," Miller said. If you sort data by zip code, for example, the database knows just where to find the data needed for a query by geography and it will run that much faster.

Polk is also making extensive use of materialized views, which effectively store often-requested query results for rapid recall. Exadata's compression has helped reduce the size of materialized views and supported more sophisticated views, said Miller, and that has reduced the number of table joins that have to take place in real time. This, too, improves performance, even when exploring multiple dimensions of data.

"If a customer wanted to look across multiple dealer zones and then start bringing customer demographics and data such as lease versus purchase, that would have taken as long as two to five minutes in the old environment," Miller said. "In Exadata these sorts of queries are running in 10 seconds."

Polk's Exadata migration is still in progress, but to date it has consolidated nine separate databases down to four and eliminated eight out of 22 production database servers. Polk has yet to move the other half of its data still in conventional deployments, but it expects to consolidate on a total of 10 servers.

Polk had some 10,000 custom reports built in Oracle Discoverer before the Exadata migration began. With an upgrade to Oracle Business Intelligence Enterprise Edition (OBIEE), Polk is now delivering user-customizable dashboards that used to require custom development work. This has greatly improved productivity at Polk.

Customers now take advantage of OBIEE threshold and alerting capabilities so they can review dashboards when certain conditions are met, rather than having to review reports and look for notable changes.

"We can use shading to indicate market-share gains and losses," said Kelly Garcia, Polk's VP of global application development. "They can instantly see whether they are up or down in a particular region."

There are areas where Polk is still taking a wait-and-see stance where Oracle capabilities are concerned. For example, several Polk customers have equipped or want to equip their field reps with Apple iPads for email access and dealer interaction, but Garcia said Oracle's current iPad release is just a start.

"We're unclear whether we're going to go with that product because you can't rebrand the interface, as we may need to do," he explained. "If a customer really needs a way to get our data on the iPad, we can give it to them, but it's not very interactive and we'd like to see more capabilities."

As was the case with Exadata, Polk seems content to communicate what it wants in an iPad release to its incumbent vendor and to wait a bit--say to a 2.0 version--to get what it wants.

In the new, all-digital issue of Network Computing: Microsoft and Citrix are closing the gap with VMware. Before you roll out the latest edition of vSphere, reconsider your virtualization platform. Download the issue now. (Free registration required.)