IBM unveils its annual "5 in 5" list of technology breakthroughs that promise to change how we work and live within five years. Real promise or PR fantasy?
Doug Henschen
Executive Editor, Enterprise Apps
December 17, 2013 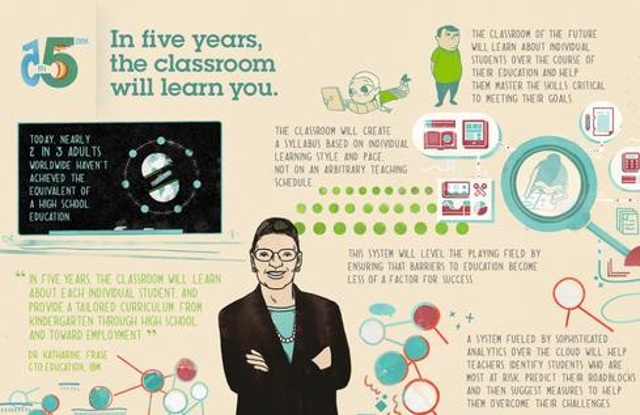 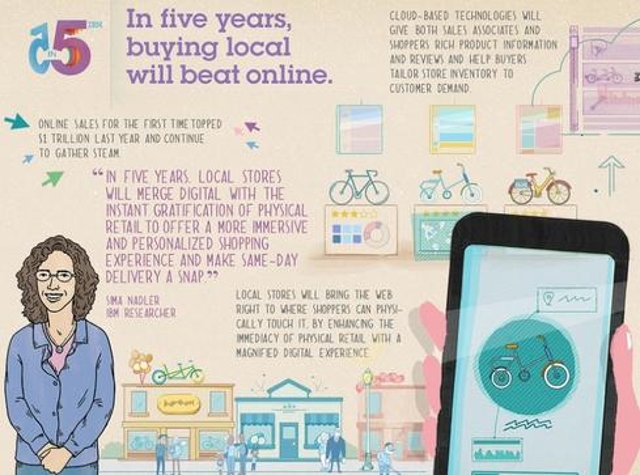 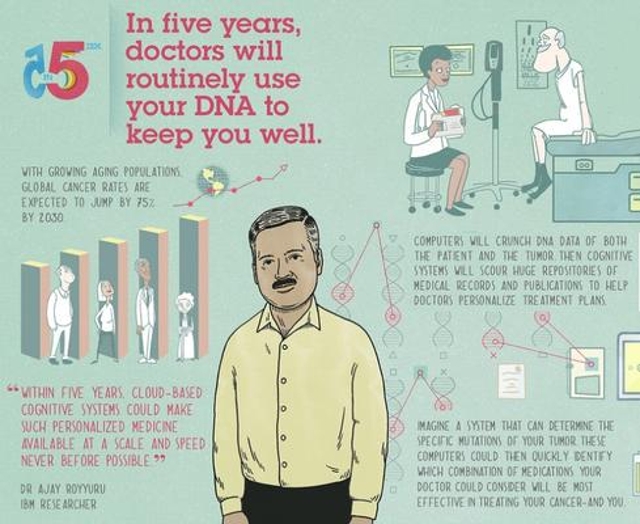 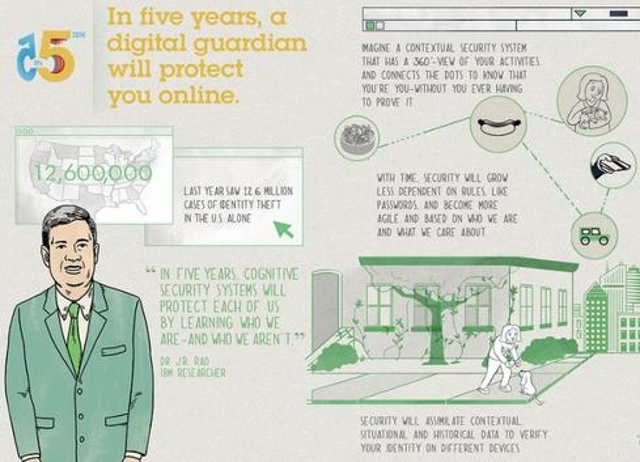 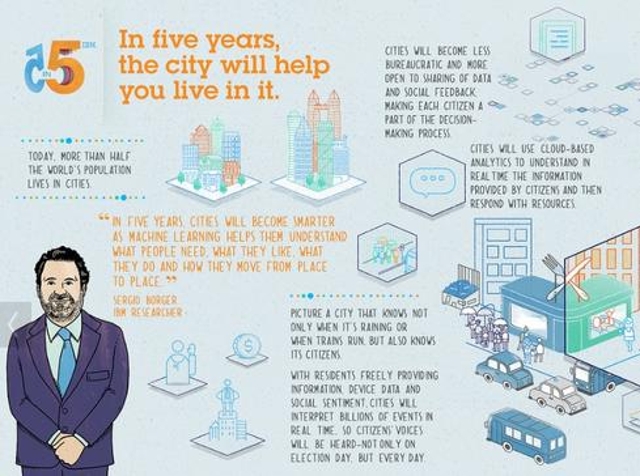 IBM issued its eighth annual "IBM 5 in 5" list Tuesday, Dec. 17, once again noting five potentially life-changing innovations that will make their mark within five years. The theme behind this year's list is cognitive computing, whereby learning machines will help us do a better job of teaching, selling, treating patients, protecting security, and making cities more livable.

Cognitive computing has been a big push for IBM in 2013. That's the technology behind Watson, the reigning non-human "Jeopardy" champion that IBM is trying to quickly evolve from an interesting technology demo into the practical, commercially successful brain behind real-world applications.

In one of her first major public events as IBM's CEO, Ginny Rometty declared early this year that we're entering a third wave of computing. In the first wave, computers were used to count. In the second wave, computers became programmable so they could execute instructions.

"The third era will be about computers that learn," she said. "It has to be because information is too big and growing too fast, so you can't program it. The computer has to learn, by itself."

Taking advantage of machines that are "aware," IBM says we can look forward to classrooms that learn about students and then personalize coursework and support accordingly. Local, brick-and-mortar stores have been getting clobbered by online retailers, but IBM predicts that over the next five years augmented reality, wearable computing, and location intelligence will bring local retailers back into the game.

On the healthcare front -- an industry where Watson is already being put to work -- IBM predicts that cancers will be routinely treated at the DNA level within five years. With these personalized treatments, based on the DNA of the patient and their tumors, we'll see more effective treatments and fewer unnecessary side effects. This is already happening, but within five years costs will decrease dramatically and a now-rarified treatment will become commonplace, says IBM.

There were 12.6 million victims of identity fraud last year in the US alone, but IBM predicts that within five years we'll all have our own "digital guardians" that will watch over our digital lives, using cloud-based analytics to learn the difference between our normal activity and potentially dangerous online activity.

In a final prediction, IBM says that within five years cities will become more adaptive thanks to cloud-based social feedback, crowdsourcing, and predictive analytics. Systems will connect to billions of sensors to sense and respond to traffic and transit patterns and human preferences and demand, enabling city managers and leaders to respond quickly to constituent needs and dynamically reallocate resources.

Are we on our way to responsive schools, retail stores, healthcare, digital devices, and governments? Read more about IBM's predictions and evidence and add your comments on what's realistic and what's a pipe dream.