These hard-charging companies--the seven top scorers over the last five years in the InformationWeek 500--know the meaning of the words 'consistent' and 'innovation.'

Several of the Magnificent Seven have technology at the core of how they conduct their business, but even those that don't share a common vision of the central importance IT holds in driving business forward.

E.&J. Gallo Winery, first among the Magnificent Seven, exemplifies consistent innovation. Gallo has placed within the top 50 on the InformationWeek 500 every year since 2003 and was our No. 1 company in 2004. 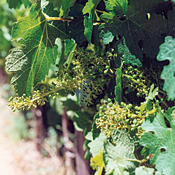 click image to view the
Gallo has made extensive use of wireless technology, from its manufacturing facilities to its vineyards to its sales force in the field. The winemaker also developed a sophisticated real-time supply chain optimization system, called Gallo Edge, that benefits the company, its distributors, and its retailers. "We're very involved in how we extend to the consumer side," says CIO Kent Kushar.

No. 2 on the Magnificent Seven is Bank of New York Mellon, created from the merger of Bank of New York and Mellon Financial Services in a $16.5 billion deal that closed earlier this year. Mellon Financial Services scored in the top 50 on the InformationWeek 500 four out of the last five years, ranking 18th in 2004. One area where Mellon prides itself, and one that's a hallmark among the Magnificent Seven, is customer service. "All IT people are cognizant about how what they do affects external customers," says Peter Johnson, senior VP in charge of enterprise architecture and shared software components. "And a lot, including myself, speak to external customers directly."

Third is Principal Financial Group, a leading provider of insurance and financial services and the No. 1 company on last year's InformationWeek 500. A large part of Principal's success can be attributed to the value management places on IT. "We rarely talk about IT as a cost center," says CIO Gary Scholten. "IT funding is always talked about in terms of an investment."

Scholten strives to have technology ready "before the business comes and asks for it." Principal's IT department started working on mobile technology before its business advantages for the company were apparent. Now one of its most innovative customer-service efforts is a feature called Worksite, where sales reps use mobile technology to go online during sit-down meetings with a company's employees, even on shop floors, to view their investment status.