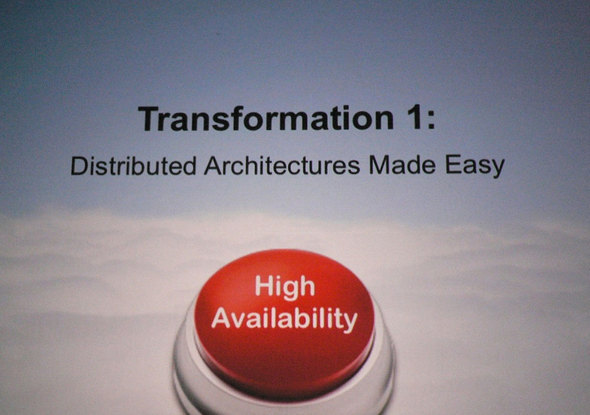 Seven crucial technology transformations have strong foundations in cloud computing. That's the bold claim recently put forward by Werner Vogels, CTO of Amazon, at the recent Amazon Web Services Summit 2012 in New York. In some cases the transformations have been either enhanced or accelerated by the cloud, as in the cases of big data analysis and mobile computing. In other cases, these transformations weren't possible before cloud approaches came along, as is the case with on-demand scaling and agile innovation, he asserted.

We felt the need to throw a little cold water on those claims, particularly after Amazon's Adam Selipsky, VP of product marketing, sales, and product management, upped the hype factor at the event with the even bolder claim that enterprise data centers will be largely replaced by cloud computing within 20 years. Our coverage of that prediction sparked more than a handful of reader comments, with one reader calling it "a load of dung."

Vogels' comments seem less grand by comparison, but we don't see public cloud approaches as the only way to go in all the scenarios he would suggest. In particular, our reporting on cloud service failures, cloud security breaches, and cloud cost and performance drawbacks might give you pause.

Don't get us wrong: Public cloud computing offers many incredible possibilities, like the prospect of doing supercomputer-level processing on demand and at an incredibly low cost. For example, Cycle Computing is helping pharmaceutical firms do hugely important research on cancer treatments and other diseases at lightning-fast speeds and very low costs. The company figures it put together the equivalent of a $20 million supercomputer on AWS at a cost of less than $5,000 per hour of use. And when the project was over, so were the fees.

Cloud is also great for startups and in other fast-growth scenarios where it's too hard to find people and you don't want to get slowed down by conventional IT. For example, three years ago PBS was serving up about 200 terabytes of streaming video per month from its site. But the iPad and video-capable smartphones have unleashed a wave of demand. Today, one year after the debut of a PBS iPad app, the content provider is streaming more than 40 petabytes of video per month. A PBS exec says the network could not have kept up without capacity from a public cloud.

Judge for yourself. Dig into these seven transformations and you'll likely see scenarios where your company will have to make the public cloud vs. private cloud vs. on-premises decision.