SEARCH
A minimum of 3 characters are required to be typed in the search bar in order to perform a search.
Announcements
Event
[Interop Virtual Event] Cyber Resilience in Uncertain Times | December 1, 2022
Alert
We Need Your Help: SD-WAN & SASE Survey!
Event
Service Management World: November 12-16, 2022 | Orlando, FL
Report
How does your salary stack up? 2022 IT Salary Survey Results Revealed
PreviousNext
Infrastructure as a Service
2 MIN READ
News

Cloud Standards: Bottom Up, Not Top Down

IT has good reason to demand standardization in SaaS, IaaS and PaaS offerings. But what's interesting is that vendors themselves are just as interested, and in many cases, are driving standards efforts.
Joe Masters Emison
Co-Founder, BuildFax
January 16, 2013
Provisioning And Orchestration 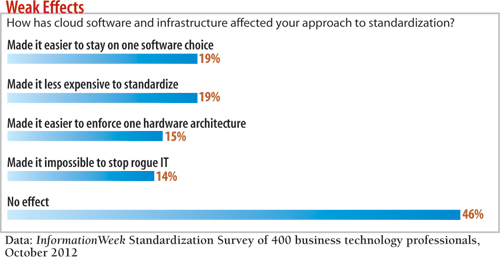