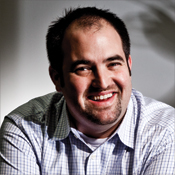 How Starbucks Taps 7 Tech Trends
(click image for larger view and for slideshow)
Zynga, the online game provider that recently went public, and Twitter were the two largest leasers of wholesale data center space during 2011, according to the Grub & Ellis National Data Center Practice year-end report.

Wholesale space is different from hosted or managed services because the tenants put their own equipment in it and run it themselves. Grub and Ellis' year-end summary doesn't cover all broker's activities, only their own, but is representative of some wholesale data center trends.

For example, they concluded that data center space was not more expensive to lease in 2011 compared to a year earlier because builders are employing larger economies of scale and off-site, modular construction. The latter takes several forms, including building a power supply and backplane into a shipping container so it can be filled with racks of servers that are delivered as a unit to a site; also, brick and mortar construction where modular performance-optimized data center, or PODs, are built to pre-set requirements using standard processes of construction. A POD unit is about 10,000 square feet. The Grubb and Ellis report estimated that it cost 15% to 20% less to build PODs in 2011 than in 2010.

[ Want to know how much electricity data centers were projected to consume by the EPA? See Data Centers May Not Gobble The Earth, After All. ]

A 10,000-square-foot wholesale space can host 1.5 megawatts of compute power. Zynga signed the largest deal of the year for Grubb & Ellis, leasing nine megawatts of capacity, or six PODs, at a data center in Santa Clara, Calif. Santa Clara was one of the strongest centers of wholesale space leasing in the U.S. during 2011. Runner up was an eight megawatt deal with Twitter in an Atlanta wholesale data center.

That put Web 2.0 gaming and social networking companies among the largest consumers of pre-built data center space in 2011.

Rackspace wasn't far behind with a 7.9 megawatt deal for space in Elk Grove Village, Ill., outside Chicago. The Chicago area was also a strong center of wholesale data center leasing in 2011. Grubb & Ellis said the activity in both Santa Clara and Chicago indicated that the big users of wholesale space last year were Web 2.0 companies, such as Groupon and Server Central as well as Twitter and Zynga, not enterprises. Server Central is managed data center company based in Chicago with facilities in several cities.

Data center space in Chicago has gotten so tight that the owner of the parking garage beneath Grant Park on Chicago's waterfront, whose 9,000 parking spaces frequently sit unused, has proposed building more data center space over 400 of them. Grubb & Ellis Executive VP Jim Kerrigan told the Chicago SunTimes in August that Chicago was "probably the tightest market in the country for data centers. It's on an 'if you build it, they will come' basis."

On the other hand, he viewed the underutilized parking garage as a less than ideal site. "The garage already leaks and they would have to build a lot of infrastructure to make it usable," he warned.

Many wholesale data center sites do not distribute power throughout the building at standard consumer 120 or 220 volts. Rather, they maintain 480 volts until close to the server racks in order to minimize loss due to power line resistance, said Jim Trout, CEO of Vantage, a wholesale data center builder in Santa Clara.

Vantage's deal for wholesale space with Telx--for six megawatts of capacity--was Grubb & Ellis' fourth largest deal in 2011. Telx became a tenant of Vantage in Santa Clara, where it is building a three-data center campus a short distance from Highway 101.

The Ellis & Grubb report said there was data center capacity to spare in such places as Houston, San Antonio, and Austin, Texas; northern N.J.; Ashburn, Virginia; Atlanta; and Santa Clara.

Turning to wholesale data center suppliers allows companies like Zynga to launch online games in the Amazon Web Services cloud until it has a reading on what demand there will be for them, then hosting them on its own servers placed in leased, wholesale space. The process is faster than trying to build data centers, anticipating demand for games that might be one or two years away from launch.

According to our Outlook 2012 Survey, IT should expect soaring demand but cautious hiring as companies use technology to try to get closer to customers. Also in the new, all-digital issue of InformationWeek: Inside Windows Server 8. (Free registration required.)