The Bergen County, NJ, sheriff's office is moving its IT infrastructure to a hyper-converged architecture. The shift has expense and management complexity on the run.

When you think of leading-edge IT infrastructures, you rarely think of county government. Yet in Bergen County, NJ, the sheriff's office is moving ahead with a hyper-converged infrastructure that started with video and will grow to support most of the department's IT needs. According to Philip Lisk, director of information technology with the Bergen County Sheriff's Office, it's a leading-edge solution a long time in the making. 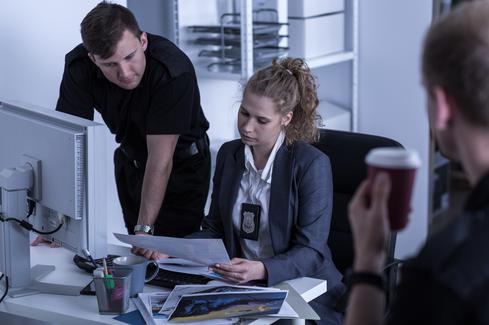 Hyper-converged systems start like converged systems, with servers, storage, and networking in a single rack enclosure. The "hyper" enters the picture when control is moved from hardware in the individual components to software running on one or more of the servers.

"We started maybe nine years ago with Pivot3 doing video surveillance work," Lisk said in a telephone interview with InformationWeek. "We've gone through a couple of editions of those servers as they upgraded and improved them. After we've used them for years and they've had a proven track record, when they got into the [virtual desktop infrastructure] world it was a natural fit."

Lisk is not using the virtual desktop infrastructure (VDI) to serve back-office clerical staff or those in staff positions. The virtual desktops supported by the converged infrastructure are going into the field. "Right now, the patrol division is using VDI. This is traditional cops on the street," Lisk said. "It's very little difference from when we moved them over [from a traditional laptop]. They're using this both in the field and in the office. They can reach anything they need from the cars just like they were sitting in the station."

[ Hyper-converged infrastructure is one major IT trend. Here are four more you should know about: IT Infrastructure Trends: 5 Worth Watching. ]

Ron Nash is CEO of Pivot3, the systems integrator the sheriff's office has used to supply its back-end infrastructure. In a telephone interview, Nash said the Bergen County Sheriff's Office had the same concerns as many of his company's clients: They have increasingly complex requirements and ever more limited budgets.

"The answer was to use commodity servers and convert all the other functions to software," Nash said. "The reason you can only do it now is that the storage products used to have hardware to get the performance." He said traditional storage hardware has used ASIC (application-specific integrated hardware) chips for acceptable enterprise performance. But "after 25 generations of Moore's law, we reached the point where you could do in software what it used to take hardware to do," said Nash.

A hyper-converged system can be dramatically less expensive than a traditional model, according to Nash. "We put a rack of servers into a customer [site] and it does both processing and storage. The result is something that's about 40% of the price and 30% of the power use of a traditional model," he said.

The Bergen County Sheriff's Office began using converged systems to receive and store footage from fixed security cameras. Now it will use those systems for body-camera footage, as well as the VDI images. Nash said this expansion is part of a common pattern. "Once they see it perform, they start loading other applications on it." According to Nash, the Bergen County Sheriff's Office has reduced its total number of servers by 75%. "That's just by server pooling," he said.

Lisk said some initial reluctance on the part of the agency's staff was ultimately replaced with broad acceptance. "There was some feedback initially -- everyone's afraid of change," he said. "When they saw it in operation they were well pleased. They noticed the improved performance on their desktops and noticed how much faster things were being fixed."

While user acceptance is critical, Lisk said improved management is key to the department's plans for expanded use of hyper-converged systems. "That's one of the biggest reasons we did this -- patch management and sandboxing for configuration management," he said. "Now we can give each application the attention it deserves."

Curtis Franklin Jr. is Senior Editor at Dark Reading. In this role he focuses on product and technology coverage for the publication. In addition he works on audio and video programming for Dark Reading and contributes to activities at Interop ITX, Black Hat, INsecurity, and ... View Full Bio
We welcome your comments on this topic on our social media channels, or [contact us directly] with questions about the site.
Comment  |
Email This  |
Print  |
RSS
More Insights
Webcasts
Building Asset Management into Your Enterprise Security Strategy
Advancing the Hybrid Cloud & App Modernization Journey with IBM
More Webcasts
White Papers
A New Take on Cloud Shared Responsibility
Dark Reading Report: Battle for the Endpoint
More White Papers
Reports
Dark Reading Report: Battle for the Endpoint
Trustwave Global Security Report
More Reports