The MacBook Pro refresh may be coming later than expected, but Apple could include major new features like an OLED touch bar display.

Apple's iPhone isn't the company's only product subject to intense pre-release scrutiny and rumor-mongering. The tech giant's MacBook line is also the subject of recent speculation.

Due for a refresh sometime this year, Apple's latest MacBook Pro notebooks will come with an OLED screen display touch bar above the keyboard, as well as Touch ID support, and take some styling cues from the ultrathin 12-inch MacBook.

The report comes from a research note written by Apple analyst Ming-Chi Kuo at KGI Securities. It was corroborated by sources contacted by Apple centric-blog 9to5Mac.

Kuo's note also predicted Apple would make the MacBook Air its entry level model, and debut a MacBook model in a 13-inch variant, which would serve as the middle tier option for consumers. 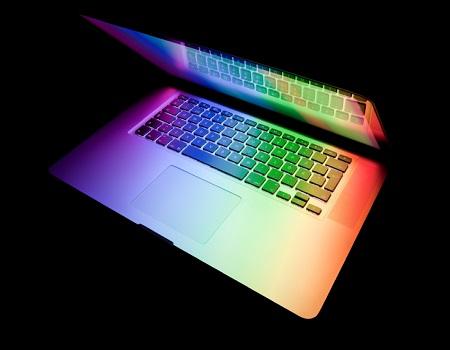 In addition to the OLED touch bar, which replaces physical keys along the top of the new MacBook Pro notebooks, Kuo said the computers would feature support for Thunderbolt 3 technology and USB-C connectivity -- that last a feature currently found on the 12-inch MacBook.

The MacBook Pro 2016 will reportedly include Intel Skylake processors and a new battery feature that will stretch lasting power to 10 hours, according to a report in The Christian Times.

While the notebook had previously been rumored to be debuting in June, during this year's Worldwide Developers Conference, Kuo's note predicted the update wouldn't be unveiled until much later in the year.

In April, rumors surfaced that the next MacBook notebooks would feature redesigned hinges that would allow Apple to make the computers even thinner than before. The metal-injection mold-made hinges would employ a process used for creating very small pieces of metal.

Digitimes suggests the new MacBook will take a page out of Surface Book and adopt a hinge design to connect the display and keyboard. Apple will reportedly get its hinges from Amphenol, the same supplier Microsoft uses for the Surface.

Not to be outdone, Microsoft is gearing up for a 2016 hardware face-off with Apple with the Surface Book 2 and Surface Pro 5, both of which will be released later this year in competition with Apple's MacBook Pro 2016.

Rumored features of the Surface Book 2 will include a USB-C port, a 4K display, an 8-megapixel camera, and a price tag below $1,499, according to Yibada. The next-generation Surface Book is also expected to include the 7th Generation Intel Core i5 and Core i7 processors.

Worldwide notebook shipments in the first quarter of 2016 reached 35.62 million units, according to a report from market research firm TrendForce. Apple suffered a 40% quarterly decline in MacBook shipments, although the report noted that most brands went through a difficult season. Total notebook shipments fell 19% from the prior quarter, and also declined 7.3% year-over-year.

The report pointed out that in the first quarter, Apple did not have any new MacBook products ready for the market, nor did it lower MacBook prices to generate sales, leading to the steep drop in shipments.

Nathan Eddy is a freelance writer for InformationWeek. He has written for Popular Mechanics, Sales & Marketing Management Magazine, FierceMarkets, and CRN, among others. In 2012 he made his first documentary film, The Absent Column. He currently lives in Berlin. View Full Bio
We welcome your comments on this topic on our social media channels, or [contact us directly] with questions about the site.
Comment  |
Email This  |
Print  |
RSS
More Insights
Webcasts
Managing Your Enterprise Collaboration Platforms
Fact or Fiction? The Truth About Cloud Native Security
More Webcasts
White Papers
Gorilla Guide Extended Detection and Response
Ransomware, the Exploding Cyber Threat
More White Papers
Reports
2021 Digital Transformation Report
Are We Cyber-Resilient? The Key Question Every Organization Must Answer
More Reports