Global PC shipments will fall 7.3% year-over-year in 2016, with smaller declines to come in 2017, according to new numbers from IDC.

Global PC markets continue to grapple for stability amid consistent decline, according to new data from the IDC Worldwide Quarterly PC Tracker. Shipments are predicted to fall 7.3% year-over-year in 2016.

Conditions for this year are weaker than expected and causing further decline in a fragile market. First-quarter growth for PC shipments totaled -12.5%, which was lower than IDC's expected -11.3% growth. As a result, growth for the year is expected to fall 2% below initial expectations.

The PC market continues to weaken even as competitive pressure has eased. Growth rates for smartphones and tablets have also continued to fall, but the lack of competition has not resulted in greater PC sales.

Instead, it seems people are holding back on their spending overall. Consumers are under financial pressure and opting to delay new PC purchases by upgrading to Windows 10 for free or relying on other devices.

What about business customers? IDC noted that while several enterprises are considering upgrades to Windows 10 they are not investing in new PCs at a pace that would stabilize the commercial PC market.

However, PCs are performing better among businesses than among consumers. The consumer segment is expected to experience another year of double-digit declines in 2016 and into the future. Commercial shipments are projected to fall 4.4% in 2016 with slightly positive growth in coming years, IDC found.

Traditional PCs are threatened by hybrid devices, which are proving a source of competition and driving growth in the market. With detachable tablets thrown into the mix, the PC market is expected to fall by a little more than 2% in 2016 and benefit from slight positive growth in coming years.

Market research firm Canalys noted a similar pattern in the decline of tablets and the rise of detachables. Consumers are turning away from tablets, which are plummeting in sales, in favor of hybrids. Two-in-one devices saw greater than 13% growth during the first quarter of 2016. 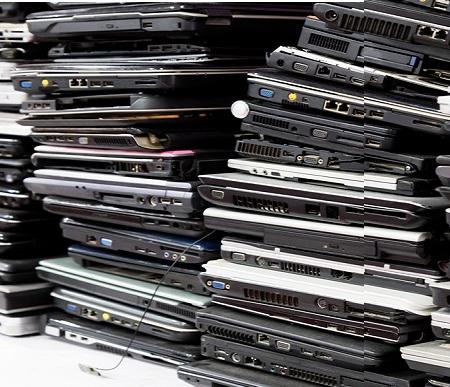 "The tablet boom has faded in the distance and the market is fully mature," said senior analyst Tim Coulling in a statement. "Global shipment declines are expected to continue unless vendors bring transformational innovation to the market."

Overall, global PC shipments have been falling for an unusually long period of time. In IDC's latest report, experts acknowledge the industry is in serious trouble.

"We have now had four consecutive quarters of double-digit volume declines," said Loren Loverde, vice president of Worldwide Tracker Forecasting and PC Research at IDC. "This type of prolonged slump is unprecedented, and lowers the bar for some improvement going forward."

The PC market continues to face persistent challenges, Loverde noted. Improvement will come in the form of slower declines, at least for now.

Kelly Sheridan is the Staff Editor at Dark Reading, where she focuses on cybersecurity news and analysis. She is a business technology journalist who previously reported for InformationWeek, where she covered Microsoft, and Insurance & Technology, where she covered financial ... View Full Bio
We welcome your comments on this topic on our social media channels, or [contact us directly] with questions about the site.
Comment  |
Email This  |
Print  |
RSS
More Insights
Webcasts
Bolstering Your Enterprise Cyber Risk Assessment
Monitoring Critical Cloud Workloads
More Webcasts
White Papers
4 Key Elements of an ML-Powered NGFW: How Machine Learning is Disrupting Security
A Practical Guide to Enabling 5G Deployments
More White Papers
Reports
2021 Email Threat Report
Intelligent Outcomes Are Key to Business Resilience
More Reports

Unfortunately, most of the hybrids/"convertibles" on the market today are consumer-grade.  If there was a good and cost-effective "convertible" that was enterprise grade on part with MSFT's Surface Pro, that would likely make it to my shopping list.

Or does someone have a hot tip on a good one?
Reply  |  Post Message  |  Messages List  |  Start a Board

@melgross: Indeed, data on the present and predictions for the future from analysts like Gartner, IDC, and so on often downright conflict with each other.  See, e.g., this roundup of competing IoT-device data and forecasts: telcotransformation.com/author.asp?section_id=433&doc_id=723368
Reply  |  Post Message  |  Messages List  |  Start a Board
InformationWeek Is Getting an Upgrade!