The global PC market continues to face the aspect of declining shipments, but the US market for computers shows signs of resilience during the second quarter of 2016, according to new numbers. Lenovo and HP are leading the market.

IDC and Gartner noted Lenovo maintained the top position in worldwide PC shipments in the second quarter of 2016, with 13.2 million computers shipped despite a 2.2% decline in units from the same period last year. 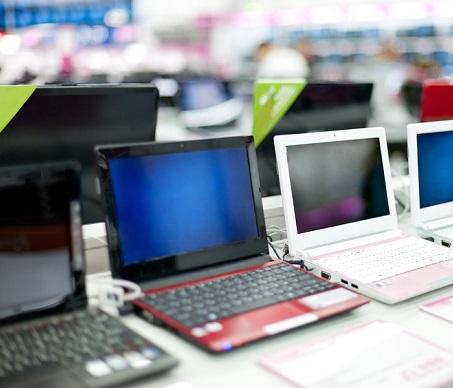 Asus, with 7.3% of marketshare and around 4.7 million units shipped, and Apple, which shipped 4.5 million computers and took 7.1% of the market, rounded out the top five.

IDC reported shipments of 62.4 million units in the second quarter and noted that the US market performed best. That fact reflects the strength of the US dollar and relative market stability.

In other parts of the world, particularly Latin America, political and economic instability have negatively affected the PC market to an unusually severe degree.

Despite the extended decline in shipments, Gartner and IDC found reasons to expect the market will eventually rebound, thanks in part to improved inventory levels, which are poised to put the market on a better footing for the second half of the year.

In addition, IDC noted the expiration of free Windows 10 upgrades, which could transition some users into buying new systems instead of updating older ones.

[Read why Dell killed off its Android tablet business.]

In the IDC report, Loren Loverde, the firm's vice president for Worldwide PC Trackers and Forecasting, noted that slight uptick in PC shipments in the US could provide a blueprint for a small market recovery over the next several months:

The PC market continues to struggle as we wait for replacements to accelerate, along with some return of spending from phones, tablets, and other IT. Our long-term outlook remains cautions. However, the strong results in the U.S. offer a glimpse of what the market could look like with pockets of growth and a stronger overall environment. It's not dramatic growth, but it could push the market into positive territory slightly ahead of our forecast for 2018.

In other regions of the world, Japan performed better than forecast and posted solid year-on-year growth, though IDC noted that a slowing economic outlook dampened demand.

The Gartner report noted that Britain's decision to leave the European Union, commonly known as Brexit, had no impact in the second quarter beyond the steadily weaker pound since the referendum was announced in 2015.

However, post-Brexit, sterling was sharply weaker against the dollar, and the report stated that this would stoke price increases that would likely cause downward pressure on fourth-quarter sales in the UK.

Nathan Eddy is a freelance writer for InformationWeek. He has written for Popular Mechanics, Sales & Marketing Management Magazine, FierceMarkets, and CRN, among others. In 2012 he made his first documentary film, The Absent Column. He currently lives in Berlin. View Full Bio
We welcome your comments on this topic on our social media channels, or [contact us directly] with questions about the site.
Comment  |
Email This  |
Print  |
RSS
More Insights
Webcasts
Monitoring the Invisible - Digital Experiences in a Zero Trust World
Fact or Fiction? The Truth About Cloud Native Security
More Webcasts
White Papers
Preparing an Endpoint Security Strategy to Address Ransomware
Incident Readiness and Building Response Playbook
More White Papers
Reports
Forrester Report: The Total Economic Impact Of Bizagi's Low-Code Intelligent Process Automation Platform
The State of Malware Threats
More Reports